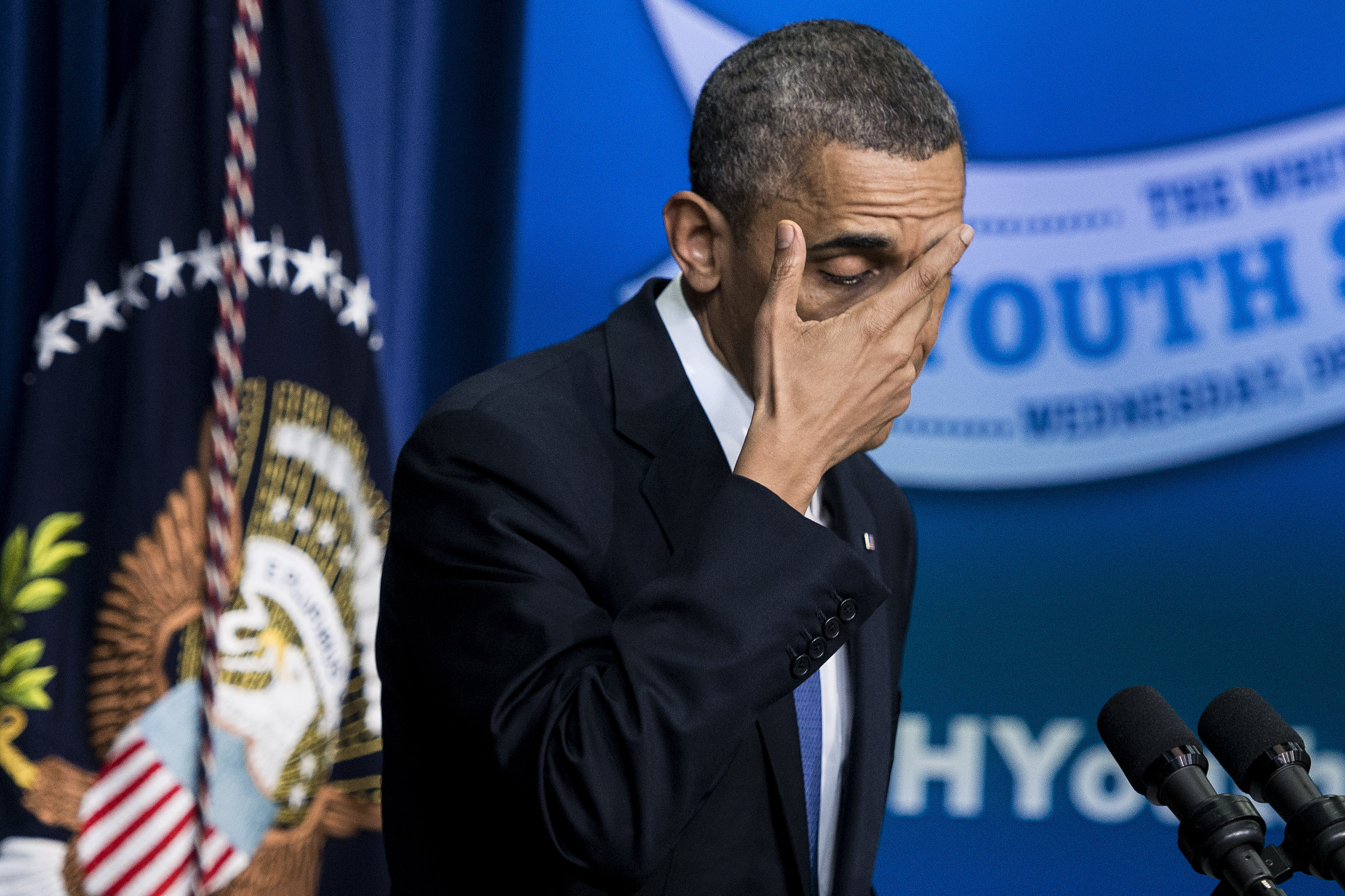 President Obama’s assurance that “If you like your health plan, you can keep it” was named the “Lie of the Year” on Thursday by PolitiFact, a fact-checking organization spun off of the Tampa Bay Times.

Mr. Obama’s promise, repeated ad infinitum during and after the health care bill’s passage through Congress, was a “catchy political pitch and a chance to calm nerves about his dramatic and complicated plan” to overhaul the country’s health care system, PolitiFact argued. “But the promise was impossible to keep.”

“So this fall, as cancellation letters were going out to approximately 4 million Americans, the public realized Obama’s breezy assurances were wrong,” PolitiFact explained. “Boiling down the complicated health care law to a soundbite proved treacherous, even for its promoter-in-chief.  Obama and his team made matters worse, suggesting they had been misunderstood all along. The stunning political uproar led to this: a rare presidential apology.”

After the cancellation letters began pouring in and the administration found itself on the defense, Mr. Obama apologized to anybody who felt misled by his statement.

“We weren’t as clear as we needed to be in terms of the changes that were taking place, and I want to do everything we can to make sure that people are finding themselves in a good position, a better position than they were before this law happened,” he told NBC News in an interview last month. “And I am sorry that they are finding themselves in this situation based on assurances they got from me.”

Still, the administration has insisted that nothing in the health care law explicitly forces insurance companies to cancel plans or shift customers to a new plan. But the law’s stringent grandfather clause, intended to preserve existing insurance plans, only applied to plans that were in place before the law was passed and received only minimal changes since then. Any substantial alteration to a grandfathered plan would subject that plan would to the minimum coverage requirements stipulated by Obamacare. If a plan did not meet those requirements, it would be canceled.

Those complicated policy mechanics, PolitiFact argued, were not adequately captured by the president’s glib declaration, which he repeated throughout the 2012 presidential election.

“Obama’s ideas on health care were first offered as general outlines then grew into specific legislation over the course of his presidency,” the organization noted. “Yet Obama never adjusted his rhetoric to give people a more accurate sense of the law’s real-world repercussions, even as fact-checkers flagged his statements as exaggerated at best. Instead, he fought back against inaccurate attacks with his own oversimplifications, which he repeated even as it became clear his promise was too sweeping.”

Several of PolitiFact’s recent “Lie of the Year” rulings have focused on the president’s health care law, which has become the subject of misinformation from all sides. In 2010, the fact-checking organization condemned Republicans’ claim that Democrats were proposing a “government takeover” of health care, noting that the Democrats’ were merely proposing a system that “at its heart…relies on private companies and the free market.”

And in 2009, the organization called out former Gov. Sarah Palin, R-Alaska, who warned that Democrats’ health care reform plans would create “death panels” to ration care provided to the elderly and infirm.