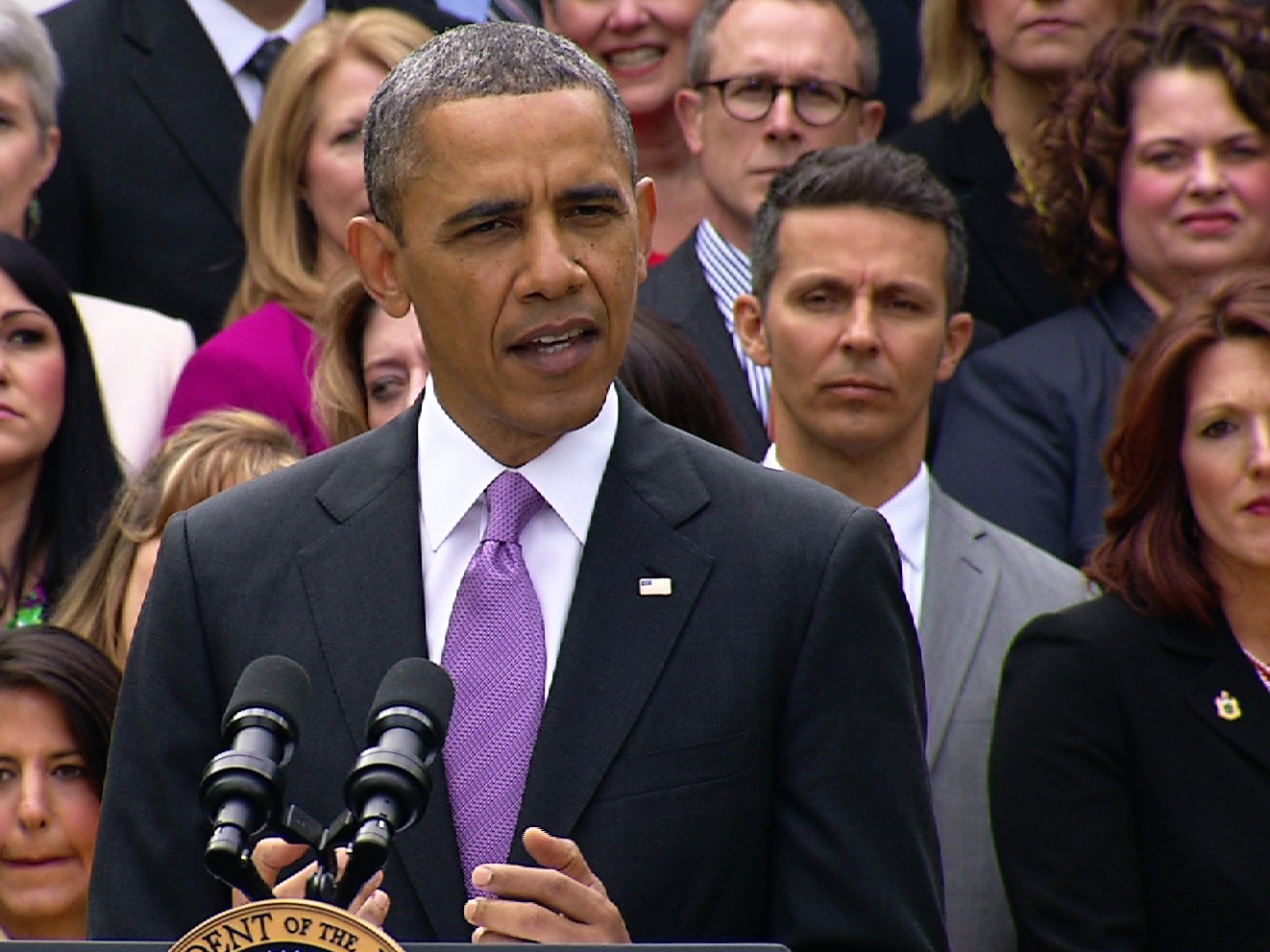 WASHINGTON Dining on Alaskan halibut and slices of peach pie, President Barack Obama hosted the women of the Senate at the White House on Tuesday, laying the groundwork for better relations with lawmakers from both parties.

All 20 female senators — 16 Democrats, four Republicans — showed up for the dinner, the White House said. The closed-door dinner last about two hours.

Senators departed the White House quietly after the dinner, and aides offered few details about what was discussed, citing a longstanding rule that applies to the female senators' quarterly dinners: What happens at dinner stays at dinner.

But the White House said that Obama and the senators discussed budget issues, job creation and immigration reform as well as ways to reduce gun violence and expand educational opportunities for children. The president told his guests that he remained committed to ensuring that all resources remain available as the investigation continues into the Boston Marathon bombings, the White House said.

Obama's dinner with the Senate's female caucus followed a series of similar meetings he's held with lawmakers of both genders aimed at strengthening the lines of communication with Congress and improving prospects for compromise on second-term priorities like an immigration overhaul and a budget deal. Last week, Obama shared a meal with a dozen Senate Democrats at a hotel near the White House. He's hosted two similar dinners for Senate Republicans in recent weeks.

"I said as you put together your agenda for this term, if you want a bipartisan, core group of people to start moving legislation, a great way to start is the women senators," Gillibrand said in an interview shortly before the dinner.

Gillibrand suggested Obama join one of the women's regularly scheduled dinners, but he one-upped them, offering to host them at the White House instead.

She said economic issues of importance to women would be on the agenda, such as equal pay, a higher minimum wage and Obama's proposal to expand access to preschool.

"The president always says if you want to out-innovate, out-educate, out-compete the competition, you're only going to do it with women leading the way," Gillibrand said.

Among the lawmakers who joined Obama for dinner were Sens. Heidi Heitkamp, D-N.D., Deb Fischer, R-Neb., and Kelly Ayotte, R-N.H., all of whom voted this month against the expanded background checks that Obama had pushed for as the central element of his proposals to reduce gun violence.