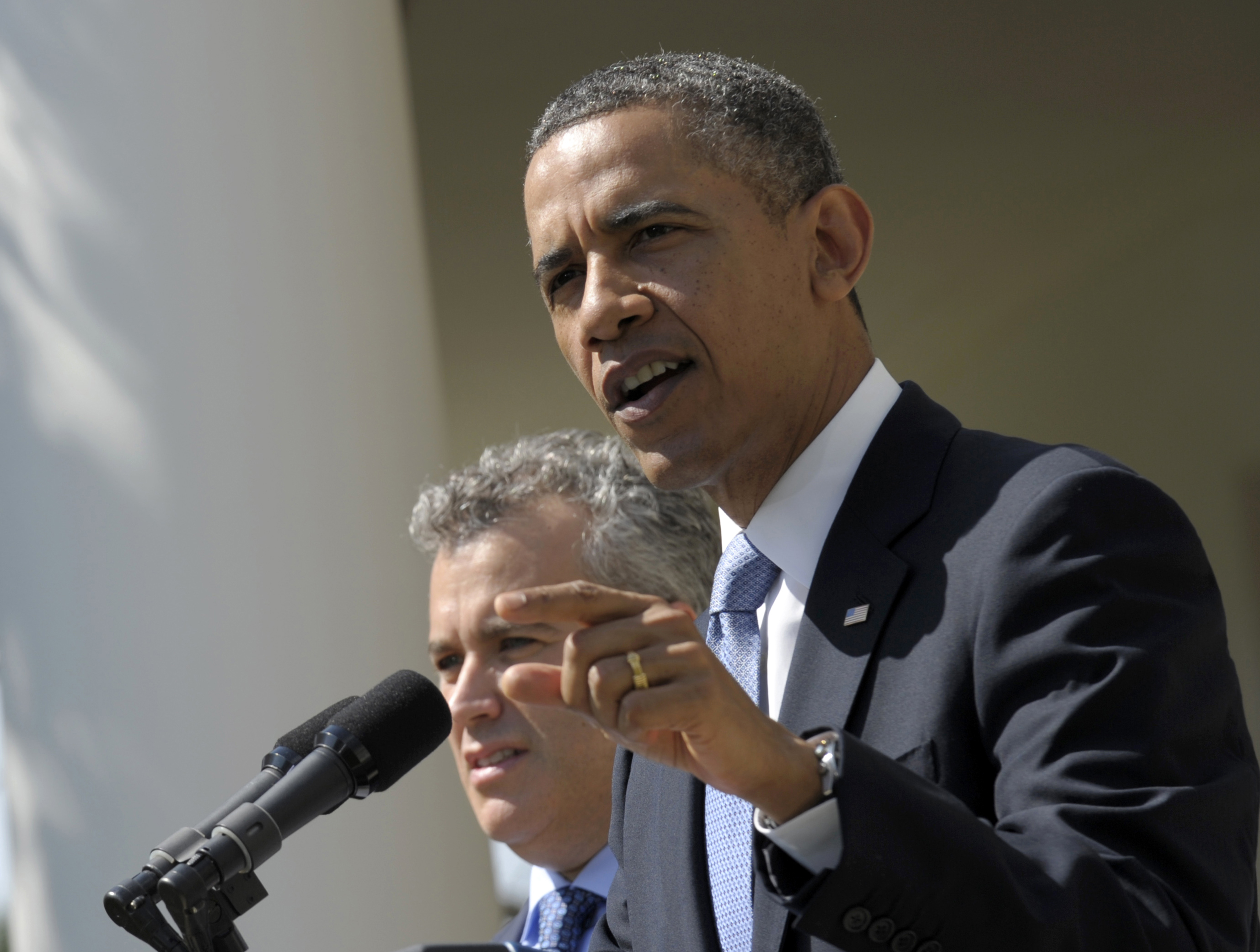 WASHINGTON Over a steak dinner, President Barack Obama dined with a dozen Republican senators at the White House on Wednesday evening in search of common ground on a range of issues, most notably the budget, entitlements and tax reform.

"Our dinner with President Obama tonight was very productive," Sen. Johnny Isakson, who compiled the invitations, said in a statement. "We discussed the debt, deficits and fiscal challenges facing our country. Sitting down to talk about how to get our arms around our debt is a good first step to what I hope will be an ongoing discussion and a path forward to solving our nation's problems."

The Georgia senator praised the president for reaching out and said he hoped "we can continue the conversation from tonight."

The dinner came on the same day that Obama unveiled a $3.8 trillion budget proposal that has angered some Democrats with proposed cuts to Medicare and Social Security in an attempt to compromise with Republicans.

Another attendee, Nebraska Sen. Deb Fischer, said most of the talk at the nearly three-hour dinner focused on the budget, although Florida Sen. Marco Rubio, a member of a bipartisan group considering fixes for the nation's immigration system, spoke about the overhaul effort.

"Everyone had an equal opportunity to talk," Fischer said in a telephone interview.

Among the topics were the costly entitlement programs and tax reform, according to Fischer. She said the president understands that the issues and their growth need to be addressed, and she cited his budget proposal to change the way the government measures inflation, otherwise known as the chained Consumer Price Index.

Fischer said she appreciated the president's outreach to the GOP and was hopeful "as most of the members of the Senate that we can keep a good, constructive conversation going."

The Nebraskan also said she appreciated the good steak that was served.

A White House official characterized the discussion over a meal that also included salad, sauteed vegetables and coconut sorbet as constructive and wide-ranging, including the pressing issues at the top of the president's agenda.

Hatch spokeswoman Antonia Ferrier said the group and the president had a "a wide-ranging, and open discussion on a whole range of issues from entitlements to tax reform."

Obama had a similar dinner last month with other Republican senators at a hotel near the White House. The White House official, who spoke on a condition of anonymity because the discussions were private, said the president hoped to have more bipartisan conversations in the coming weeks.