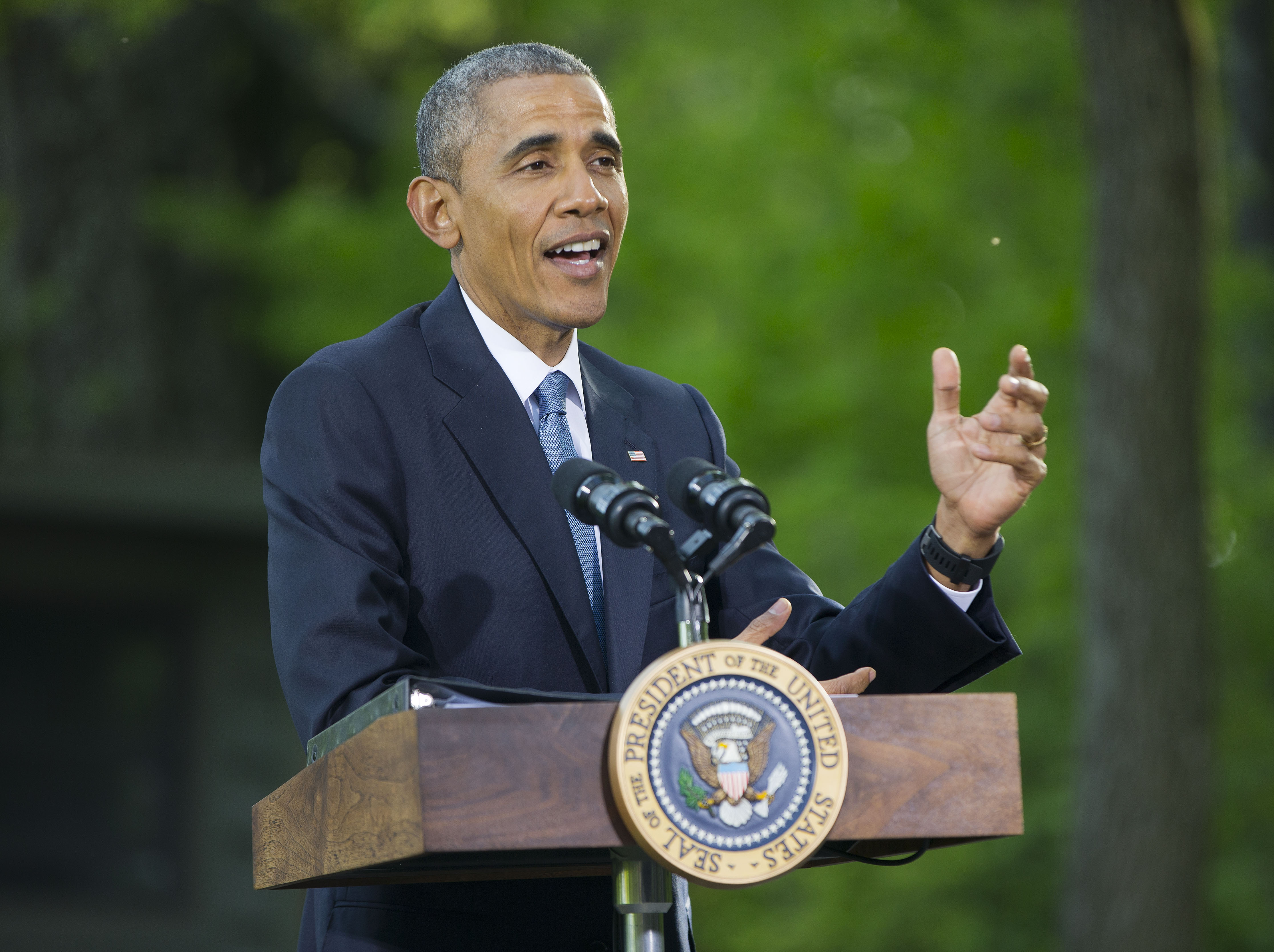 CAMP DAVID, Maryland -- President Obama says leaders of Gulf allies at a summit have agreed that a comprehensive, verifiable deal that blocks Iran's pathway to a nuclear weapon would serve everyone's interests.

In a summit that was largely about reassuring Gulf nations that the U.S. will continue to look out for their security, the president said, "We will work together to develop an integrated GCC defense capability against ballistic missiles, including an early warning system."

But Obama says the region will still face a range of threats whether a final deal is or isn't reached with Iran by a June 30 deadline.

Some of those threats, however, like the maritime dispute that Iran is having with a Singapore tanker, the president dismissed as "destabilizing activity" that was "low-tech low-cost activity," but said the ability to deal with those threats would need to be shored up.

The president told reporters that the U.S. and the Gulf nations pledged Thursday to work together to address the threats, including those blamed on destabilizing behavior by Iran.

Obama and leaders from six Gulf nations met during a rare summit at Camp David, the presidential retreat in Maryland.

Gulf states fear that lifting economic sanctions on Iran in exchange for curbs on its nuclear program will embolden Iran to behave more aggressively in the region.

The president met with Gulf Cooperation Council (GCC) leaders at Camp David Wednesday. The leaders emerged from the meeting pledging closer cooperation on regional security issues and a nuclear deal with Iran. Mr. Obama said they will have a follow-up meeting next year.

In a joint statement after the meeting, the U.S. pledged to work with the GCC countries - Bahrain, Kuwait, Oman, Qatar, Saudi Arabia, and the United Arab Emirates - to "deter and confront an external threat to any GCC state's territorial integrity," including a potential use of military force. Those countries also promised to consult with the U.S. when they plan to take military action beyond their borders.

The leaders also reviewed the status of negotiations between six world powers and Iran, which are set to conclude by the end of June. They concluded that a deal on Iran's nuclear program "is in the security interests of GCC member states as well as the United States and the international community."

Reassuring Sunni Arab allies who are nervous about the Iran deal was at the top of the president's agenda for the meeting.

"President Obama is trying to say to these leaders that the U.S. remains a steadfast ally, that we're not going to allow Iran to extend its hegemony, and that we will guarantee the security that has been so much a part of the security architecture of the Gulf since the Carter years," said CBS News Senior National Security Analyst Juan Zarate. "This is really an attempt to allay concerns, but I don't think one meeting will do it."

The importance of the summit had already been diminished by Saudi King Salman bin Abdulaziz Al Saud's withdrawal from the summit. Salman cited a need to stay home to be on hand for the ongoing bombing campaign in Yemen. Saudi Arabia has led the coalition of Sunni Arab countries in carrying out airstrikes against the Iran-backed Houthi rebels, who overthrew President Abdu Rabu Mansour Hadi earlier this year.