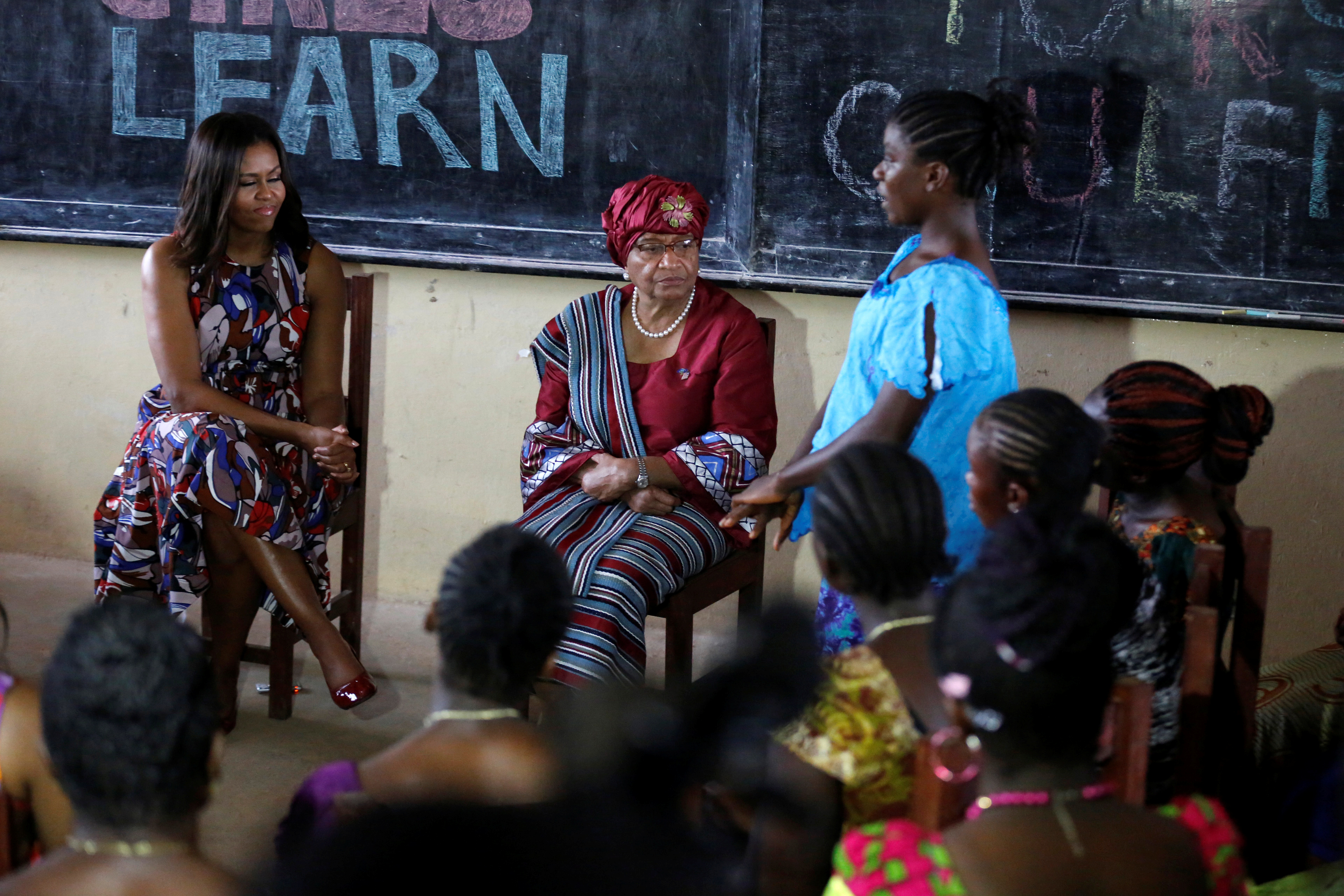 First Lady Michelle Obama has been meeting with key stakeholders -- accompanied by daughters Sasha and Malia -- to promote her Let Girls Learn initiative and address the institutional and cultural barriers preventing 62 million girls worldwide from receiving an education on an overseas trip including Liberia, Morocco, and next, Spain.

The most star-studded event on her trip took place Tuesday, when the Obama girls spoke to a group of local adolescents in a panel discussion featuring Meryl Streep and Frieda Pinto in Morocco. Later, Michelle Obama attended an Iftar--a traditional evening meal where Muslims break their Ramadan fast--with Princess Lalla Salma.

"So we have to change those notions that girls are only valuable for their reproductive capacity, or their ability to do manual labor," Mrs. Obama said via her newly launched Snapchat account. "We need every one of our citizens, boys and girls, to be educated and involved and empowered."

The meetings in Marrakech occurred concurrently with the U.S. government's announcement that it was investing in a new secondary education model in Morocco, a longtime ally of the U.S. The small Arab country sends about 85 percent of girls to primary school, but only enrolls 14 percent in high school.

The educational opportunities in Liberia--the first stop of Mrs. Obama's trip--are even more limited, due to Ebola's fatal outbreak in 2014, which razed the country's already crumbling infrastructure and killed more than 4,800. As a result of the destruction, girls were left particularly vulnerable, Mrs. Obama says.

"Teen pregnancy rates increased, and when schools did re-open, attendance rates dropped, in part because in Liberia, pregnant girls are strongly discouraged from attending school," the First Lady wrote in her online blog post.

Mrs. Obama's return to D.C. on Friday will conclude her fourth overseas trip focused on the Let Girls Learn initiative. But before that, Mrs. Obama and her daughters will travel to Spain, which previews Mr. Obama's first trip to the country in July. She is expected to deliver a speech on Thursday to hundreds of young women, highlighting the stories of girls she met in Liberia, Morocco and beyond, as well as dine with Her Majesty Queen Letizia.

The First Lady is documenting her travels on Snapchat, Twitter and HelloGiggles, an online platform specifically designed for women.