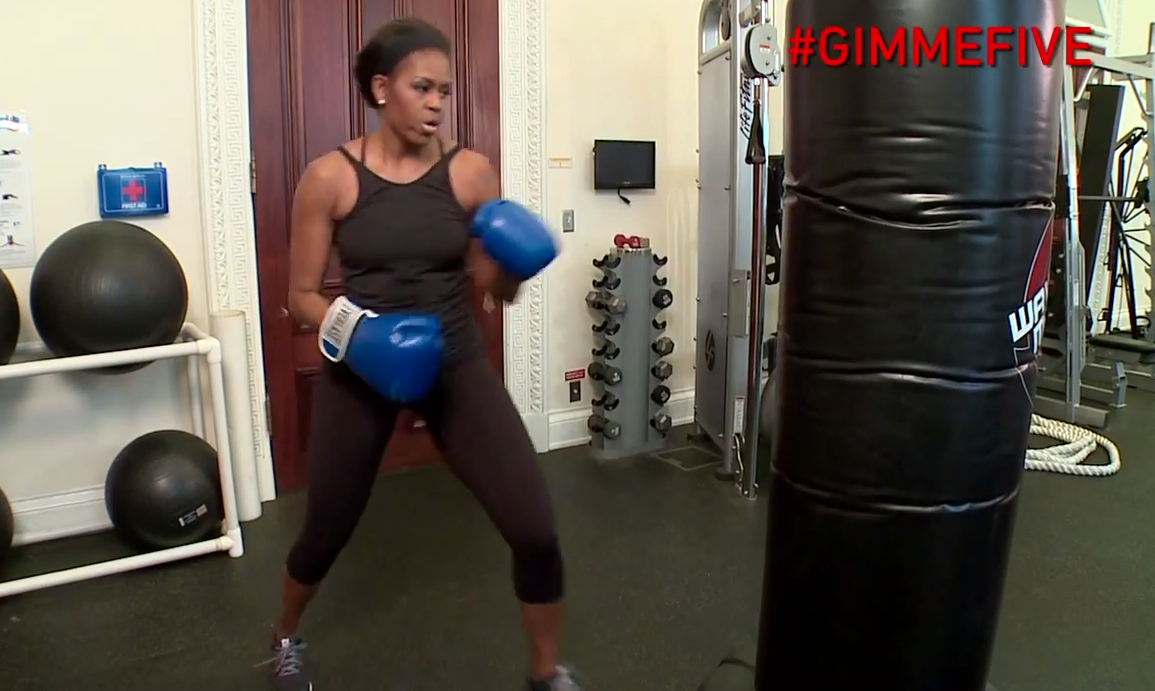 In case you were wondering, Michelle Obama is probably in better shape than you, and now we have the video evidence to prove it.

In a clip posted Tuesday on YouTube, the first lady is shown working on her fitness to promote her "Let's Move" initiative.

The video, titled "#GimmeFive FLOTUS Style," shows the first lady doing five different exercises with a bit of guidance from Cornell McClellan, a member of the President's Council on Fitness, Sports, and Nutrition.

"I want to emphasize that you should only do exercises like these with a coach or a parent around to make sure you're using the right form," Mrs. Obama says at the top of the video, which is shot in the White House Athletic Unit. "That's how you can both get active and stay safe."

The exercise regimen: jumping rope, abdominal crunches with a medicine ball, in and out squats, an incline dumbbell press, and some training with a punching bag.

"Don't forget, always drink up," the first lady says at the end of the video.

Mrs. Obama began her "Let's Move" initiative in 2010 to promote exercise and healthy living, with the stated goal of ending childhood obesity within a generation.

You can watch the video below:

It's not the first time "Let's Move" has tried to create some buzz with a YouTube video. In February 2014, a video showing President Obama and Vice President Biden taking a brisk jog through the White House was posted after the first lady asked people to describe their own exercise routines on social media using the hashtag "#letsmove."