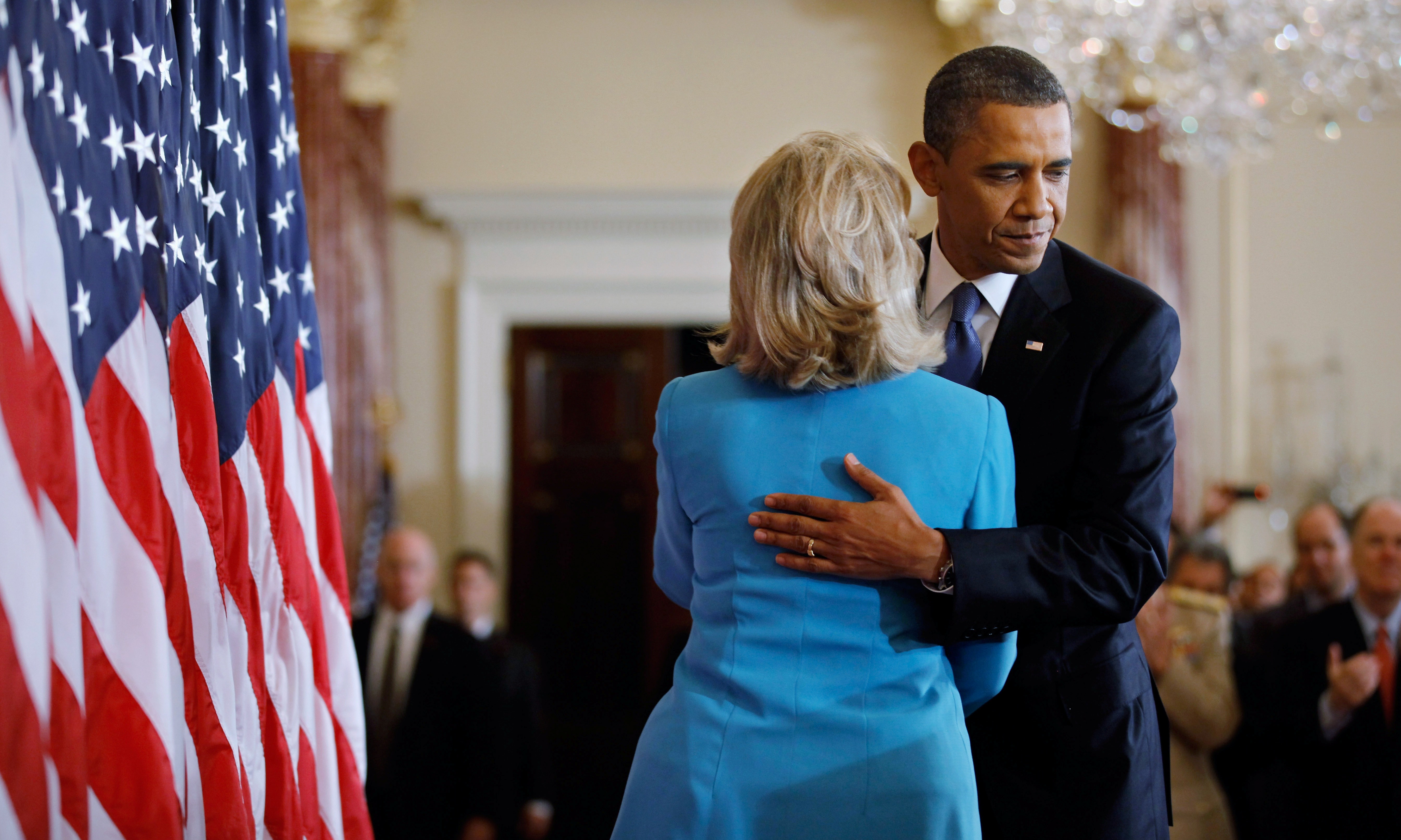 The two had an informal meal at the White House that lasted about an hour and a half. The White House says Obama and Clinton discussed a variety of topics but that the lunch was mostly social.

The lunch wasn't included on the public version of Obama's schedule released on Sunday evening. The reunion comes the day after Obama delivered a rare Oval Office address on terrorism and the fight against the Islamic Stage group.

White House spokesman Josh Earnest says Obama and Clinton "enjoy the opportunity to catch up in person" when their schedules permit. After running against Obama in the 2008 presidential primary, Clinton served as Obama's first-term secretary of state.