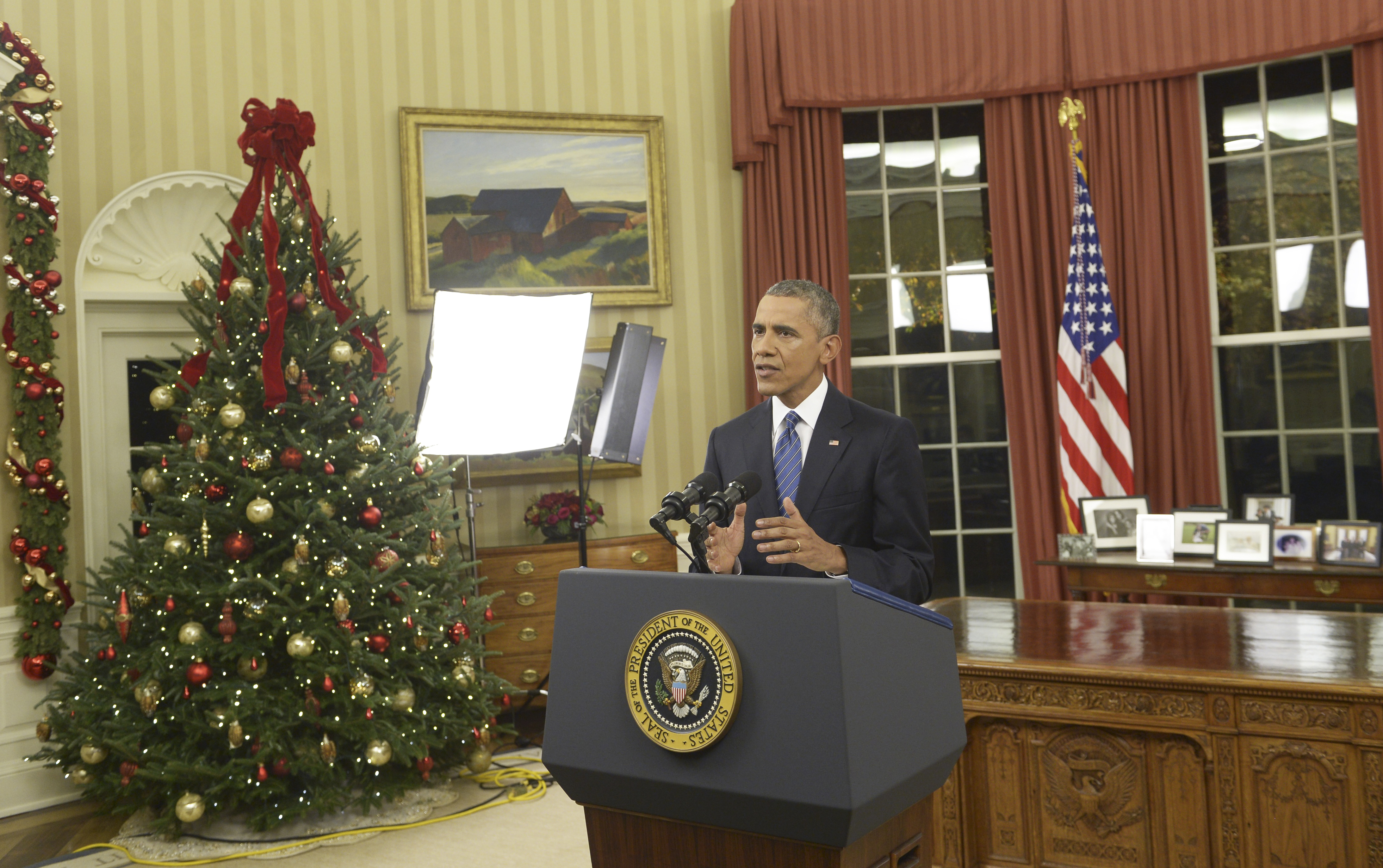 Moments after President Obama started his Oval Office address to the nation Sunday night, the Republican candidates who are vying to replace him at the White House began to criticize his speech.

During the address, the president talked about the U.S. operations here and abroad against terrorism, called upon Muslims to confront extremist ideology, and called for the enactment of some gun safety measures and changes to the visa system.

And he expressed surprise at the brevity of the remarks:

Ted Cruz released a statement saying, "If I am elected President, I will direct the Department of Defense to destroy ISIS. And I will shut down the broken immigration system that is letting jihadists into our country. Nothing President Obama said tonight will assist in either case."

The president's speech came across to Marco Rubio as cynical, and he attacked Mr. Obama for spending "a significant amount of time talking about discrimination against Muslims. Where is there widespread evidence that we have a problem in America with discrimination against Muslims? And the refusal to call this for what it is: a war on radical Islam -- very disappointing tonight. I think not only did the president not make things better tonight, [but] I fear he may have made things worse in the minds of many Americans."

John Kasich said the president's strategy lacks boldness, and insisted ISIS must be fought on the ground with the help of coalition forces.

"Without taking the fight to ISIS on the ground, ISIS won't be defeated," he wrote in a statement. "We delayed in helping the Syrian rebels and look where it got us, and when we decided to act it was too little."

He also took umbrage at the gun control measures mentioned by the president, writing that "when terrorists threaten us, our response can't be to target our own constitutional rights. Our rights aren't the problem, our unwillingness to act to defeat extremists is the problem."

Jeb Bush issued a statement saying, "President Obama has finally been forced to abandon the political fantasy he has perpetuated for years that the threat of terrorism was receding," and he called for a more aggressive strategy against "ISIS and radical Islamic terrorism."

For his part, Rand Paul advocated for reformed border security and "more concealed carry ability for law-abiding Americans and an end to unconstitutional gun-free zones," he wrote.

And Lindsey Graham reiterated that he wanted 10,000 U.S. troops in Iraq

On the Democratic side, Bernie Sanders agreed with the president. "President Obama is right," he wrote in his statement. "ISIS will be destroyed with an international coalition in which Muslim troops on the ground are supported by the United States, United Kingdom, France, Russia and other leading powers."

Sean Gallitz, Hannah Fraser-Chanpong, and Alan He contributed to this compilation.