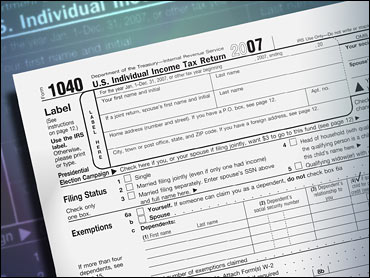 (AP)
The Obama administration has privately concluded that a cap and trade law would cost American taxpayers up to $200 billion a year, the equivalent of hiking personal income taxes by about 15 percent.

A previously unreleased analysis prepared by the U.S. Department of Treasury says the total in new taxes would be between $100 billion to $200 billion a year. At the upper end of the administration's estimate, the cost per American household would be an extra $1,761 a year.

A second memorandum, which was prepared for Obama's transition team after the November election, says this about climate change policies: "Economic costs will likely be on the order of 1 percent of GDP, making them equal in scale to all existing environmental regulation."

The documents (PDF) were obtained under the Freedom of Information Act by the free-market Competitive Enterprise Institute and released on Tuesday.

These disclosures will probably not aid the political prospects of the Democrats' cap and trade bill. The House of Representatives approved it by a remarkably narrow margin in June -- the bill would have failed if only six House members had switched their votes to "no" -- and it faces significant opposition in the Senate.

One reason the bill faces an uncertain future is concern about its cost. House Republican Leader John Boehner has estimated the additional tax bill would be at $366 billion a year, or $3,100 a year per family. Democrats have pointed to estimates from MIT's John Reilly, who put the cost at $800 a year per family, and noted that tax credits to low income households could offset part of the bite. The Heritage Foundation says that, by 2035, "the typical family of four will see its direct energy costs rise by over $1,500 per year."

One difference is that while Heritage's numbers are talking about 26 years in the future, the Treasury Department's figures don't have a time limit.

"Heritage is saying publicly what the administration is saying to itself privately," says Christopher Horner, a senior fellow at the Competitive Enterprise Institute who filed the FOIA request. "It's nice to see they're not spinning each other behind closed doors."

The FOIA'd document written by Judson Jaffe, who joined the Treasury Department's Office of Environment and Energy in January 2009, says: "Given the administration's proposal to auction all emission allowances, a cap-and-trade program could generate federal receipts on the order of $100 to $200 billion annually." (Obviously, any final cap-and-trade system may be different from what Obama had proposed, and could yield higher or lower taxes.)

One odd point: The document written by Jaffee includes this line: "It will raise energy prices and impose annual costs on the order of XXXXXXXXXXXXXXXXXXXXXXXXXXXXXXXX." The Treasury Department redacted the rest of the sentence with a thick black line.

The Freedom of Information Act, of course, contains no this-might-embarrass-the-president exemption (nor, for that matter, should federal agencies be in the business of possibly suppressing dissenting climate change voices). You'd hope the presidential administration that boasts of being the "most open and transparent in history" would be more forthcoming than this.

Update 9/16/2009: The Environmental Defense Fund has responded to the documents' release with a statement saying, in part:

Even if a 100 percent auction was a live legislative proposal, which it's not, that math ignores the redistribution of revenue back to consumers. It only looks at one side of the balance sheet. It would only be true if you think the Administration was going to pile all the cash on the White House lawn and set it on fire.

The bill passed by the House sends the value of pollution permits to consumers, and it contains robust cost-containment provisions. Every credible and independent economic analysis of the American Clean Energy and Security Act (such as those done by the non-partisan Congressional Budget Office, the Energy Information Administration, and the Environmental Protection Agency) says the costs will be small and affordable -- and that the U.S. economy will grow with a cap on carbon.

Update 9/17/2009: I've written a followup article to respond to erroneous claims from the Center for American Progress.
Declan McCullagh is a correspondent for CBSNews.com. He can be reached at declan@cbsnews.com. You can bookmark the Taking Liberties site here, or subscribe to the RSS feed.