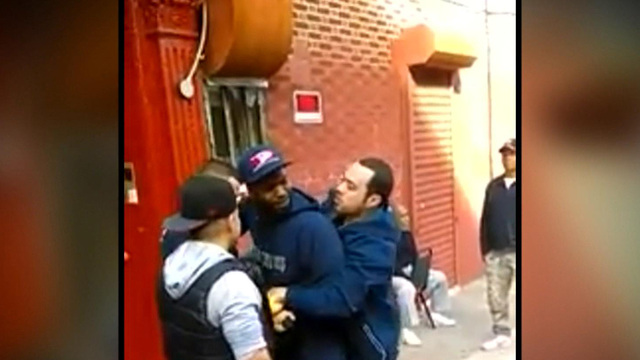 NEW YORK -- Police Commissioner Bill Bratton had some harsh words for the officers accused of handcuffing a postal worker while he delivered packages on his route in Brooklyn.

CBS New York reports Bratton said he was "very concerned" about the March 17 confrontation between 27-year-old Glenn Grays and four plainclothes officers and a lieutenant.

"I'm very concerned about the performance of the officers, about the leadership role of the lieutenant involved and about the processing of the arrest at the precinct stationhouse," Bratton said Tuesday.

He also questioned the legitimacy of Grays' arrest for disorderly conduct.

"Based on what I witnessed on that, the various videos I've reviewed now, I have strong concerns about the charge against the individual," Bratton said.

The entire incident was captured on cellphone video.

DNAinfo reports the officers involved have been "removed from their normal posts as the NYPD investigates the incident."

Grays was in the middle of his shift on Saint Patrick's Day when he claims an unmarked police car nearly ran him over in Crown Heights. He said he then shouted at the officers, who stopped and demanded identification.

"My ID right there on the side of the truck," Grays can be heard saying in the video.

"Let's go get your ID," an officer says.

The video then shows the officers telling Grays to "stop resisting" even though it doesn't appear that he is resisting.

"I'm not resisting!" Gray yells back.

Grays is then handcuffed and put in the unmarked patrol car, his mail truck left unattended. That's when the video ends.

Bratton said the NYPD's Internal Affairs is investigating. He said the officers were members of a conditions unit and were supposed to work in uniform.

"Out of the investigation into that incident will be why were they in plainclothes, for what purpose, who authorized it," he said.

The commissioner was also concerned that a USPS truck was left unattended.

Grays said he hasn't yet returned to work.

In an interview with "CBS This Morning," Grays said: "The only thing I think saved me is that it was on videotape."

"Never been arrested, never received a summons. I was extremely terrified. I wouldn't say afraid - I passed the stage of afraid," Grays said. "I was afraid that if I didn't comply that something was going to happen to me."

The NYPD has been hit with other caught-on-camera incidents of alleged police harassment against people of color, including the 2014 death of Eric Garner.

Grays said he wants justice. To him, that means disciplinary action.

"I don't want them to be jobless because they might have family, kids they need to support," Grays said. "It's sad that I thought that when I put on a uniform that I'll be treated a little different, but it's no difference. You know, I'm just another brother with a uniform."