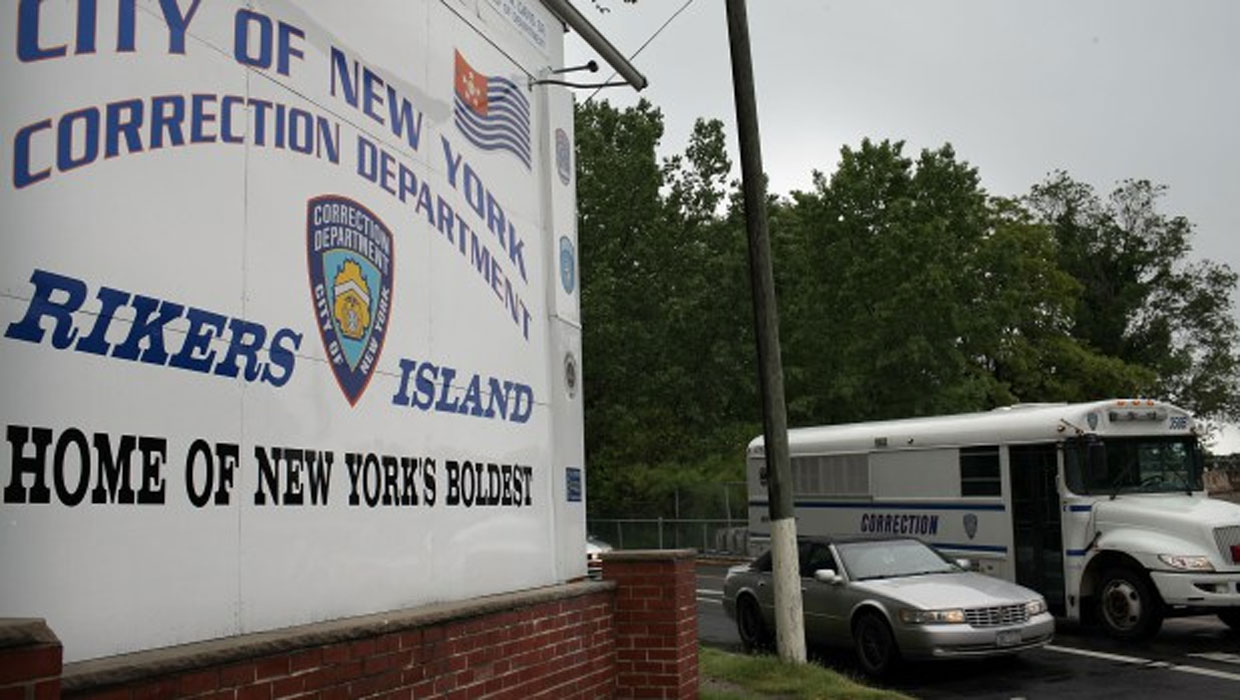 NEW YORK -- The mayor said Friday that he wants to close the city’s troubled Rikers Island jail complex, though he cautioned that doing so would be difficult and take at least a decade.

Among those challenges: The mayor said the jail’s daily population would have to be slashed to half of what it was just a few years ago. New, smaller jails would also have to be opened elsewhere in the city - a potentially lengthy process considering the possibility of neighborhood opposition.

Key details of the plan, including the cost and the location of alternative jails, are still a long way from being worked out, the mayor said.

The move comes as the mayor gives in to the City Council Speaker Melissa Mark Viverto and progressive politicians on the left, who have long targeted Rikers as the epitome of what they claim is wrong with the city’s criminal justice system, CBS New York reports.

The announcement also comes two days ahead of the planned unveiling of recommendations by an independent commission established by the City Council after a string of brutality cases that exposed poor supervision, questionable medical care and corruption at Rikers. The commission has been considering options for Rikers as part of a broad examination of the city’s criminal justice system.

Previously, the mayor, a Democrat, had called proposals to close Rikers “noble” but too expensive.

On Friday, he said he had changed his mind because the jail system was housing fewer and fewer people, dropping to under 10,000 from a high of 15,000 just a few years ago, according to city figures. Most of the city’s jail population is at Rikers; there are about 2,400 inmates in other locations. De Blasio said the jail population would have to be at 5,000 in order to shut it.

Rikers is a 400-acre former dump near the runways of LaGuardia Airport. It is accessible only by a narrow bridge between it and Queens. For decades, the city has sent its inmates there while they await trial, where they’re housed in 10 jail facilities.

It wasn’t immediately clear how local elected officials in the communities where new jails might be built would react, CBS New York reports. Past attempts to build or expand existing jails in the boroughs have been met with significant resistance from neighborhood groups and others. Governor Andrew Cuomo has suggested using Ward’s Island.

Advocates for prisoners have been arguing that smaller jails, based in the city’s neighborhoods, would be better able to provide services and reduce delays getting criminal suspects to and from court.

Glenn Martin, an inmate advocate who has pushed a campaign to persuade the mayor to close the jail, called de Blasio’s decision “a step in the right direction.”

“Countless failed attempts at incremental reform have proven that the only viable solution is to close Rikers,” he said.

Neighborhood groups and others have resisted previous attempts to build or expand existing jails in the boroughs. City Council Speaker Melissa Mark-Viverito said Friday that city officials should be thinking about how to help people entangled in the criminal justice system.

Violence, mismanagement and corruption have been the subject of intense scrutiny by the media and federal prosecutors in recent years.

A 2015 settlement of civil litigation over pervasive brutality led to the installation of a monitor responsible for overseeing the city’s progress in adding thousands of surveillance cameras and stricter policies on use of force.

The Associated Press and other news outlets first exposed conditions on Rikers in a series of reports in 2014. Those reports included the suicide of Kalief Browder, who hanged himself after spending three years jailed - mostly in solitary - without trial and a homeless ex-Marine who essentially baked to death in a hot cell.

Browder’s brother Akeem Browder, who heads a campaign to close Rikers, said Friday that it won’t be enough to shut the complex if the same brutal conditions are replicated at other jails.

“It should look like we’re closing Rikers and doing away with an old draconian system that tortured many in the last century,” Browder said.