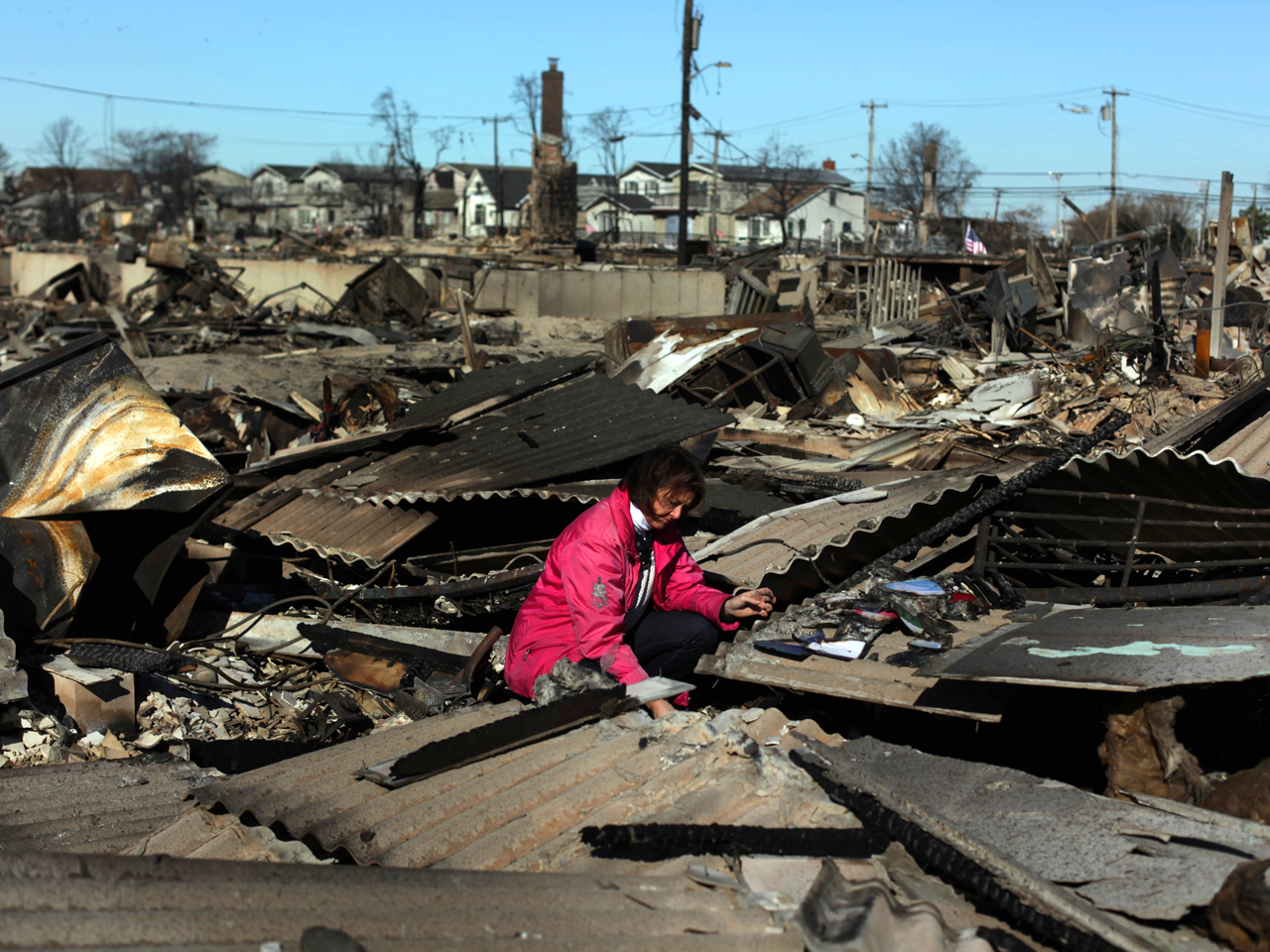 NEW YORKShivering victims of Superstorm Sandy went to church Sunday to pray for deliverance as cold weather settling in across the New York metropolitan region — and another powerful storm forecast for the middle of the week — added to their misfortunes and deepened the gloom.

With overnight temperatures sinking into the 30s and hundreds of thousands of homes and businesses still without electricity six days after Sandy howled through, people piled on layers of clothes, and New York City officials handed out blankets and urged victims to go to overnight shelters or daytime warming centers.

At the same time, government leaders began to grapple with a daunting longer-term problem: where to find housing for the tens of thousands of people whose homes could be uninhabitable for weeks or months because of a combination of storm damage and cold weather.

Mayor Michael Bloomberg said 30,000 to 40,000 New Yorkers may need to be relocated — a monumental task in a city where housing is scarce and expensive — though he said that number would probably drop to 20,000 within a couple of weeks as power is restored in more places.

"Our goal is to try to get people out of the shelters," Napolitano said at a news conference in New Jersey with Governor Chris Christie.

In a heavily flooded Staten Island neighborhood, Sara Zavala spent the night under two blankets and layers of clothing because the power was out. She had a propane heater but turned it on for only a couple of hours in the morning. She did not want to sleep with it running at night.

"When I woke up, I was like, `It's freezing.' And I thought, `This can't go on too much longer,"' said Zavala, a nursing home admissions coordinator.

Nearly a week after Sandy slammed into the New Jersey coastline in an assault that killed more than 100 people in 10 states, gasoline shortages persisted across the region, though odd-even rationing got under way in northern New Jersey in an echo of the gas crisis of the 1970s. More than 900,000 homes and businesses were still without power in New Jersey, and nearly 700,000 in New York City, its northern suburbs and Long Island.

With more subways running and most city schools reopening on Monday, large swaths of the city were getting back to something resembling normal. But the week could bring new challenges, namely an Election Day without power in hundreds of polling places, and a nor'easter expected hit by Wednesday, with the potential for 55 mph gusts and more beach erosion, flooding and rain.

"Well, the first storm flooded me out, and my landlord tells me there's a big crack in the ceiling, so I guess there's a chance this storm could do more damage," John Lewis said at a shelter in New Rochelle, N.Y. "I was hoping to get back in there sooner rather than later, but it doesn't look good."

Voting machines in hundreds of locations will be operating on generator power, some polling stations are being moved and there are likely to be delays in reporting election results in a few closely contested races because of extended deadlines for counting ballots cast by mail.

Churchgoers packed the pews Sunday in parkas, scarves and boots and looked for solace in faith.

At the chilly Church of St. Rose in Belmar, N.J., its streets still slippery with foul-smelling mud, Roman Catholic Bishop David O'Connell said he had no good answer for why God would allow such destruction. But he assured parishioners: "There's more good, and there's more joy, and there's more happiness in life than there is the opposite. And it will be back."

In the heart of the Staten Island disaster zone, the Rev. Steve Martino of Movement Church headed a volunteer effort that had scores of people delivering supplies in grocery carts and cleaning out ruined homes. Around midday, the work stopped, and volunteer and victim alike bowed their heads in prayer.

In the crowd was Stacie Piacentino. After a singularly difficult week, she said, "it's good to feel God again."

After the abrupt cancellation of Sunday's New York City Marathon, some of those who had been planning to run the 26.2-mile race through the city streets instead volunteered their time, handing out toothbrushes, batteries, sweatshirts and other supplies on Staten Island.

Thousands of other athletes from around the world ran anyway inside Central Park, where a little more than four laps around it amounted to a marathon. "A lot of people just want to finish what they've started," said Lance Svendsen, organizer of a group called Run Anyway.

Gov. Andrew Cuomo said New York state is facing "a massive, massive housing problem" for those whose neighborhoods or buildings are in such bad shape that they won't have power for weeks or months.

"I don't know that anybody has ever taken this number of people and found housing for them overnight," Bloomberg said. "We don't have a lot of empty housing in this city," he added. "We're not going to let anybody go sleeping in the streets. ... But it's a challenge, and we're working on it."

The mayor and the governor gave no details of where and how the victims might be housed.

After Hurricanes Katrina and Rita smashed the Gulf Coast in 2005, hundreds of thousands of victims were put up by the Federal Emergency Management Agency in trailers, hotels, cruise ships and apartments across several states for months and even years.

George W. Contreras, associate director of the emergency and disaster management program at Metropolitan College of New York, speculated that large encampments of trailers might be set up at a stadium, in a park or in some other open space in the city — something he couldn't recall being done in New York ever before.

"The amount of actual units the city might have in buildings is probably very limited, so I think people will be in FEMA shelters for a while," he said.

On a basketball court flanked by powerless apartment buildings in the Far Rockaway section of Queens, volunteers for the city handed out bagels, diapers, water, blankets and other necessities. Genice Josey stuffed a blanket into a garbage bag.

"Nights are the worst because you feel like you're outside when you're inside," said Josey, who sleeps under three blankets and wears longjohns under her pajamas. "You shiver yourself to sleep." She added: "It's like we're going back to barbaric times where we had to go find food and clothing and shelter."

On Staten Island, emergency management officials distributed leaflets urging people to take shelter from the cold. But "people are apprehensive and don't want to leave their houses. It's a definite problem," said Fred Melendez, who helped run a shelter at Tottenville High School that was nearly empty of storm victims Sunday afternoon.

Fearing looters, Nick Veros and his relatives were hoping to hold out in their storm-damaged Staten Island home until power was restored. He figured the indoor temperature would plunge into the 40s.

"If we get two consecutive below-freezing days, I'm probably going to have to drain the water out of the pipes," he said, "and then we'll have to get out of the house."

To help victims of Sandy, donations to the American Red Cross can be made by visiting Red Cross disaster relief, or you can text REDCROSS to 90999 to make a $10 donation. You can also make a donation to the Mayor's Fund to Advance New York City by visiting here.