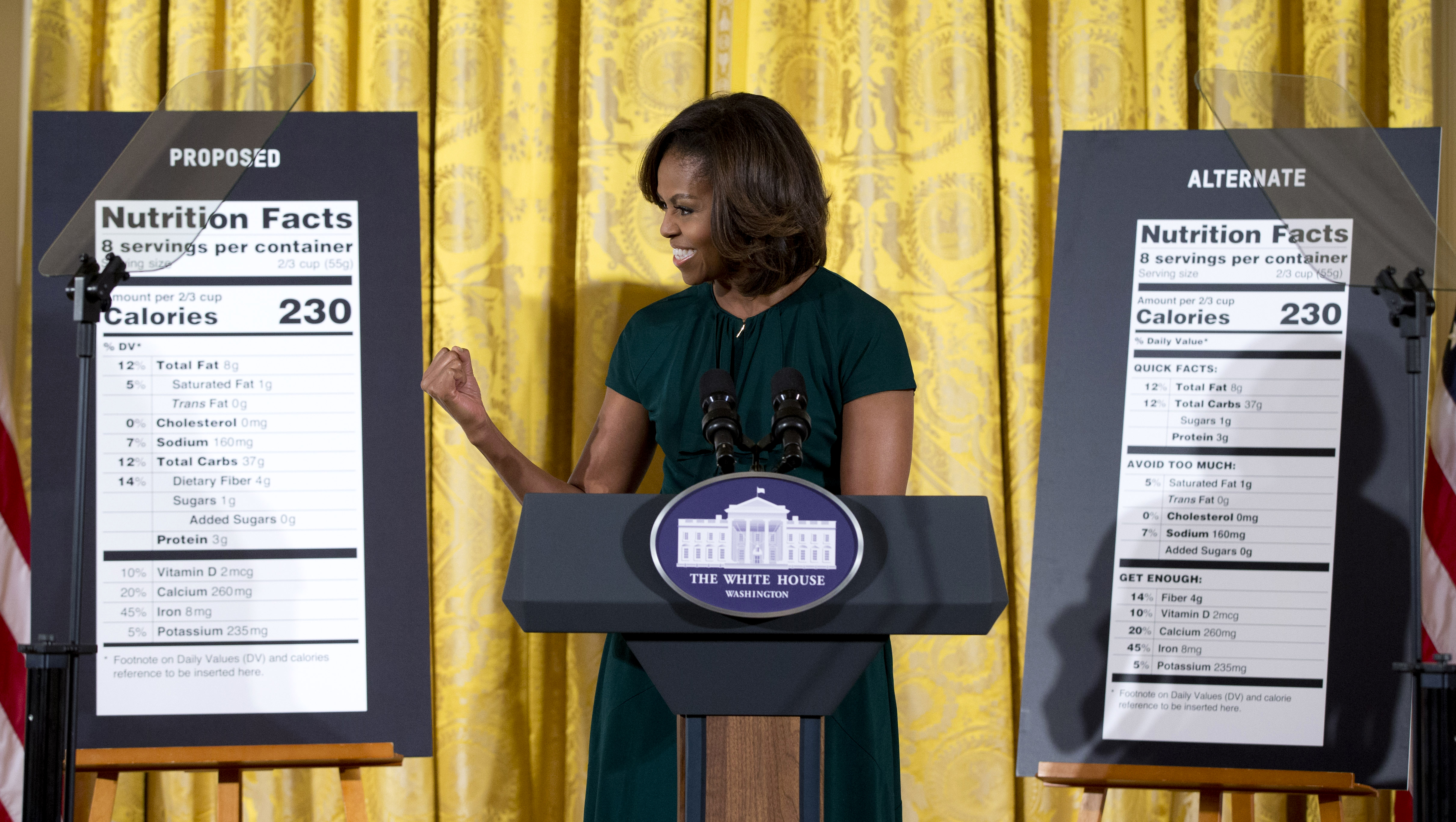 Nutrition fact labels are finally undergoing a makeover. The Food and Drug Administration has proposed new changes to labels on food packaging that are aimed at making them easier to understand -- the first major update since about 1994.

Under the changes, serving sizes will be made easier to understand, calories will be featured more prominently and for the first time, added sugars will be included.

The label updates aim to incorporate the new science that has since come out on how eating foods might raise risk for obesity and chronic disease, according to the FDA. For example, old labels focused more on fats, but calorie consumption is what really drives weight gain and obesity, researchers have since determined.

"Our guiding principle here is very simple: that you as a parent and a consumer should be able to walk into your local grocery store, pick up an item off the shelf, and be able to tell whether it's good for your family," said First Lady Michelle Obama. "So this is a big deal, and it's going to make a big difference for families all across this country."

"To help address obesity, one of the most important public health problems facing our country, the proposed label would drive attention to calories and serving sizes," said Michael Taylor, deputy commissioner for foods and veterinary medicine at the FDA.

Instead of listing serving sizes people should consume, the labels will list what people actually tend to consume in one sitting. That means a 12 ounce and 20 ounce soda bottle will both simply be "1 serving per bottle."

Labels for the first time will list "added sugars," or how much sugar a food maker has added to a product, as opposed to total sugars from the old labels.

Larger packages would have "dual column" labels with both "per serving" and "per package" calorie and nutrition information, since they may be consumed in single or multiple sittings. A pint of ice cream is one example of this.

Vitamin D and potassium will make appearances on the nutrition facts for the first time, replacing vitamins A and C. That's because vitamin D and potassium are two nutrients that some Americans are not getting enough of, according to the FDA, when they play important roles in benefiting bone health and blood pressure, respectively. Calcium and iron will remain, and manufacturers can choose to put in vitamins A and C if they wish.

Daily values will be updated for nutrients like sodium, dietary fiber and Vitamin D, to help consumers understand the nutrition information within the context of their daily diets. For example, the daily sodium intake recommendation will drop from 2,400 milligrams to 2,300 milligrams, in the hopes of reducing high blood pressure rates.

"Calories from Fat" will be removed from labels because research has since shown the type of fat a person consumes is more important than the amount of calories from the fat. That means "Total Fat," "Saturated Fat," and "Trans Fat" -- which the FDA announced in November it plans to ban -- will remain on labels.

Organizations, industry groups and the general public will have 90 days to comment on the new label changes. After that, it could still take months for the FDA to finalize the new rules.

Companies will have two years before the labels have to appear on store shelves after the new label is decided on, and the changes are expected to cost about $2 billion.

Last month, the FDA announced it had submitted the updated proposals to the White House. The agency had been working on the proposed changes for a decade, Taylor said at the time.

" Hopefully, the addition of 'added sugar' (vs. natural sugar) to food labels will help people realize just how much sugar they are ingesting," Dr. Christopher Ochner, assistant professor of pediatrics at The Mount Sinai Hospital in New York, said in an email. " This is critical because it is not believed that added sugars may be one of the worst things someone can put in their body, potentially even worse than saturated fat.

Lisa Young, author of "The Portion Teller Plan" and an adjunct professor of nutrition at New York University, told CBS This Morning the proposed labels fell short in one area.

"They're going to have things like cups, units, (but) they still are doing metric (measurement) with grams," she said. "I would prefer to see ounces."