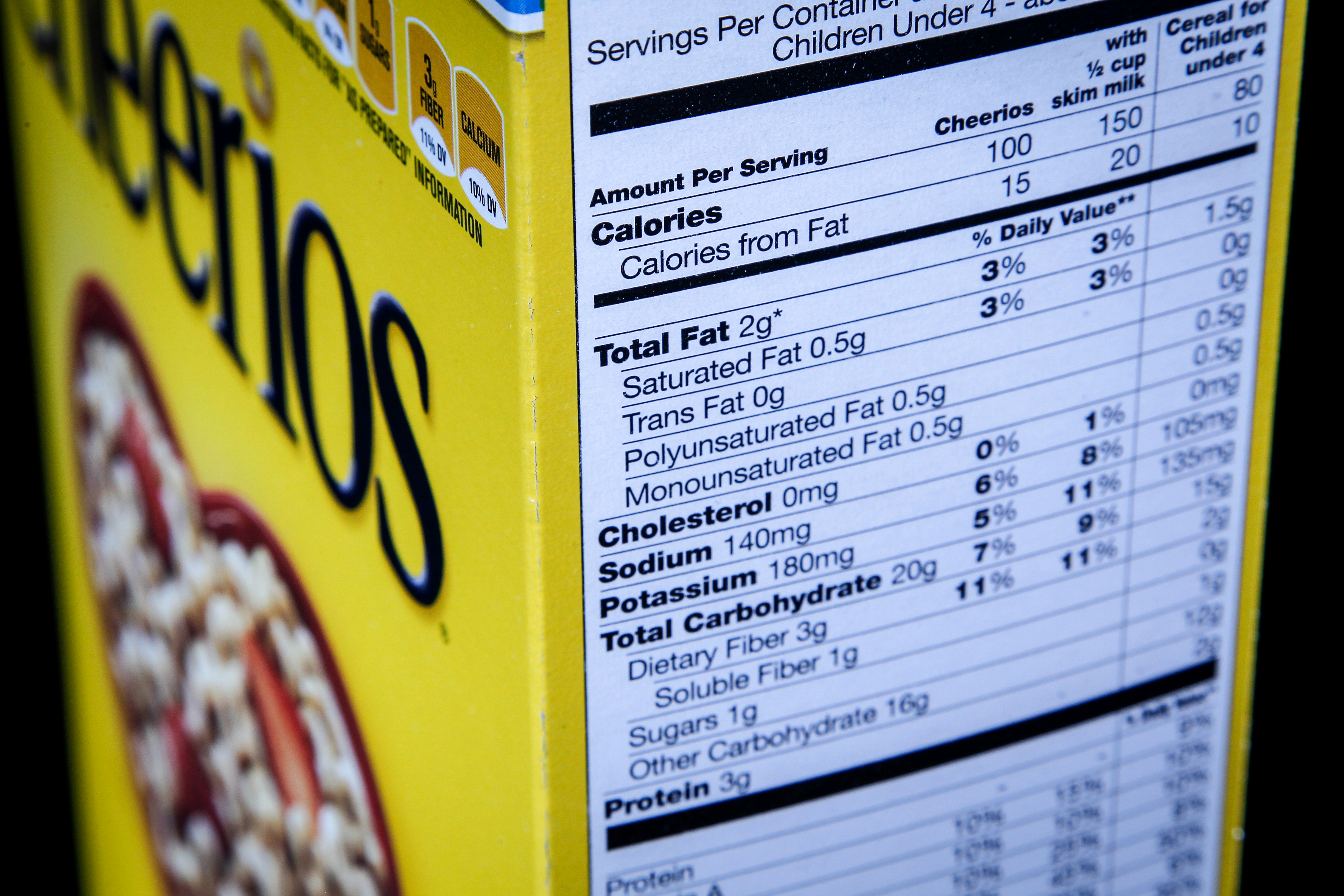 WASHINGTON -- Those nutrition labels on the back of food packages may soon become easier to read.

The Food and Drug Administration says knowledge about nutrition has evolved over the last 20 years, and the labels need to reflect that.

As the agency considers revisions, nutritionists and other health experts have their own wish list of desired changes.

The number of calories should be more prominent, they say, and the amount of added sugar and percentage of whole wheat in the food should be included. They also want more clarity on how serving sizes are defined.

"There's a feeling that nutrition labels haven't been as effective as they should be," says Michael Jacobson of the Center for Science in the Public Interest. "When you look at the label, there are roughly two dozen numbers of substances that people aren't intuitively familiar with."

For example, he says, most of the nutrients are listed in grams, the metric system's basic unit of mass. Jacobson says people don't really understand what a gram is.

Michael Taylor, the FDA's deputy commissioner for foods, says 20 years ago "there was a big focus on fat, and fat undifferentiated." Since then, health providers have focused more on calories and warned people away from saturated and trans fats more than all fats. Trans fats were separated out on the label in 2006.

The nutrition facts label "is now 20 years old, the food environment has changed and our dietary guidance has changed," says Taylor, who was at the agency in the early 1990s when the FDA first introduced the label at the behest of Congress. "It's important to keep this updated so what is iconic doesn't become a relic."

The FDA has sent guidelines for the new labels to the White House, but Taylor would not estimate when they might be released. The FDA has been working on the issue for a decade, he said.

There's evidence that more people are reading the labels in recent years.

According to an Agriculture Department study released this month, a greater percentage of adults reported using the nutrition facts panel and other claims on food packages "always or most of the time" in 2009 and 2010 compared with two years earlier.

One expected change in the label is to make the calorie listing more prominent, and Regina Hildwine of the Grocery Manufacturers Association said that could be useful to consumers. Her group represents the nation's largest food companies.

Hildwine said FDA also has suggested that it may be appropriate to remove the "calories from fat" declaration on the label.

It's not yet clear what other changes the FDA could decide on. Nutrition advocates are hoping the agency adds a line for sugars and syrups that are not naturally occurring in foods and drinks and are added when they are processed or prepared. Right now, some sugars are listed separately among the ingredients and some are not.

It may be difficult for the FDA to figure out how to calculate added sugars, however. Food manufacturers are adding naturally occurring sugars to their products so they can label them as natural - but the nutrition content is no different.

Other suggestions from health advocates:

- Clearer measurements. Jacobson of CSPI and others have suggested that the FDA use teaspoons instead of grams on the label, since consumers can envision a teaspoon.

- Serving sizes that make sense. There's no easy answer, but health experts say that single-size servings that are clearly meant to be eaten in one sitting will often list two or three servings on the label, making the calorie and other nutrient information deceptive. FDA said last year that it may add another column to the labels, listing nutrition information per serving and per container. The agency may also adjust recommended serving sizes for some foods.

- Package-front labeling. Beyond the panel on the back, nutrition experts have pushed for labels on the package front for certain nutrients so consumers can see them more easily. The FDA said several years ago it would issue guidelines for front of pack labeling, but later said it would hold off to see if the industry could create its own labels.

Tracy Fox, a Washington-based nutrition consultant, says clearer information is needed to balance the billions of dollars a year that the food industry spends on food marketing.

"There's a lot of information there, it's messy," she says. "There may be a way to call out certain things and put them in context."