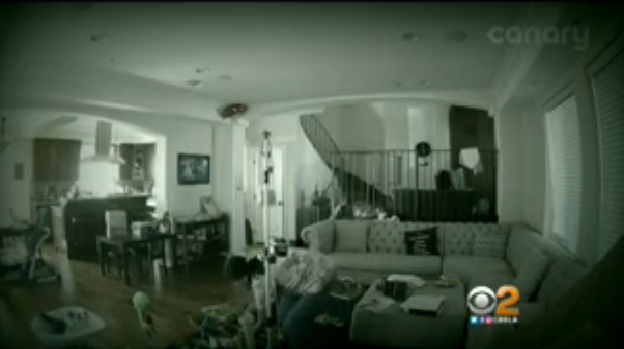 REDONDO BEACH, Calif. -- A Southern California mom was shocked by the scene that unfolded live on her family's nanny cam app.

CBS Los Angeles reports Dyanna Ko looked at her phone to check in on Landon, her 2-year-old son with special needs. What she saw shook her to her core. The nurse who was supposed to be caring for Landon was beating him.

Surveillance video captured the incident in its entirety.

"I told the other moms," Ko said. "I said I think I see my special needs baby being abused. I think I'm going to pass out."

Landon's condition is fragile. He suffers from Rubinstein-Taybi syndrome, a rare genetic condition that can cause an array of physical and intellectual disabilities. He eats through a feeding tube, is non-verbal and requires 24-hour care.

At one point in the video, the nurse rolls up a magazine and uses it to strike the child.

The excruciating scene played out as Ko watched it live. She and her husband were at least 20 minutes away from home, at one of their other son's basketball games.

"My husband was in the parking lot, moving the car at the time," Ko said. "I told them if I passed out look at the video because this is what I see going on."

Ko and her husband called 911 and police raced to the scene. When they arrived at the home, authorities arrested the nurse, who was later identified as Thelma Manalastas.

"I just feel like as his parents, we failed him, because we left someone to take care of him," Ko said.

"Just to see him so helpless, it was heartwrenching," Ko's husband, Chris, said. "We had to force ourselves to watch it live."

Police say Manalastas was employed by Maxim Healthcare Services, which is a nationwide company that provides home health care.

The company released a written statement in response to the incident that reads in part: "Upon learning of this incident, we conducted an investigation that resulted in the termination of Ms. Manalastas' employement with Maxim. We have notified the California Board of Nursing and will continue to fully cooperate with the authorities as they investigate this matter."

The family's lawyer, Scott Dinsmore, says Maxim's explanation does not cut it. He described the beating as "the worst case" he's ever seen of "somebody taking advantage" of a vulnerable party.

The family has filed a lawsuit against Maxim and Manalastas.

CBS Los Angeles reached out to Manalastas for comment, but has yet to hear back.