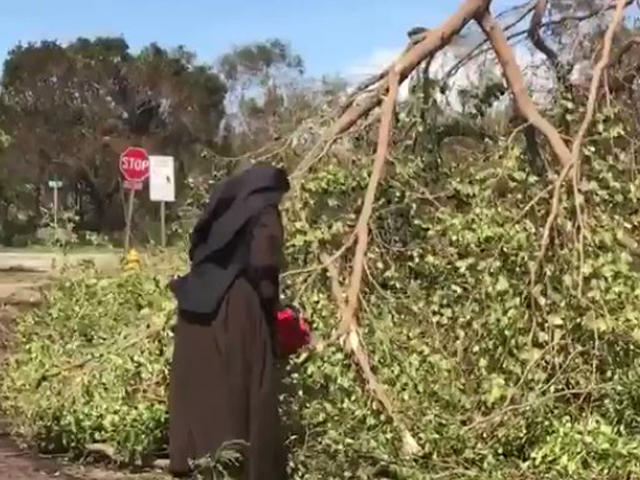 MIAMI -- A Florida nun is pitching in on the cleanup efforts following Hurricane Irma by taking a chainsaw to downed trees while dressed in her full habit.

Miami-Dade police posted video on social media of Sister Margaret Ann at work. It was taken by an off-duty officer who came across her. The post went viral, reports CBS Miami.

Police say the nun was cutting trees to clear the roadways around Archbishop Coleman Carroll High School near Miami. Sister Margaret Ann is the school's principal, according to its website.

Police say "acts of kindness" like Sister Margaret Ann's remind residents that they're all part of the same community.

Word of Sister Margaret Ann's efforts spurred others in the community to pitch in clearing debris as well, says CBS Miami.