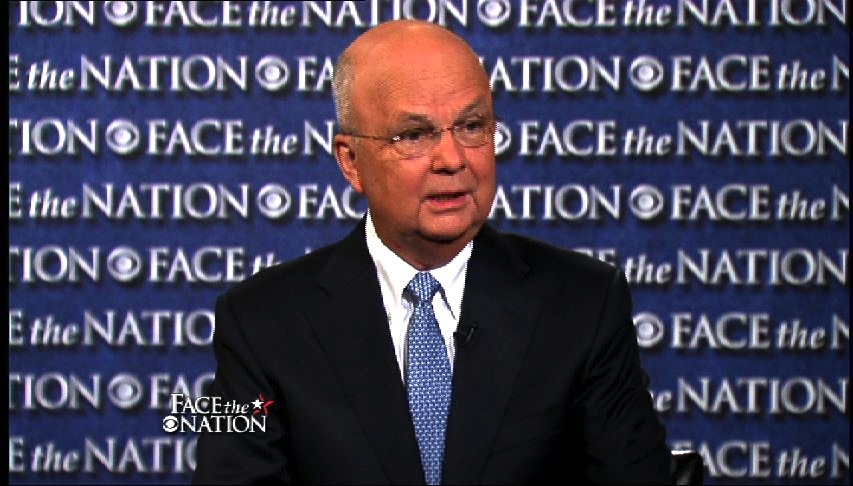 (CBS News) Top-secret National Security Agency programs that cull metadata from U.S. citizens to keep tabs on potential terrorist threats in no way violate Americans' privacy, two high-ranking members of the House Intelligence Committee and one former intelligence official agreed Sunday on "Face the Nation." But with details of the programs circulating internationally thanks to Edward Snowden, they all added, reforms may be necessary, if only to placate public perception.

President Obama on Friday announced a series of steps to make NSA programs more transparent, explaining not only how the programs operate but also releasing the Justice Department's legal rationale for the programs. The administration also plans to back various reforms to the programs to strengthen oversight.

"Anyone working in the intelligence arena, including the president, understands this program helps protect us," said Rep. Dutch Ruppersberger, D-Md., the top Democrat on the House Intelligence Committee. "It really might have protected us from the 9/11 attack, because we didn't know that one of the terrorists was in San Diego in the United States. And if we would have known, it might have helped."

Still, Ruppersberger said, the fallout from the programs' revelation suggests some soothing of public opinion might be required: "We in politics have to deal with perception, not just reality," he said. "And we need to do better in educating our public so they are not fearful that we, the government, are violating their privacy - that's very important."

But not just members of the public, Ruppersberger went on: He and House Minority Leader Nancy Pelosi, D-Calif., "feel very strongly that we need to educate our members."

Earlier on the program, Gen. Michael Hayden, former CIA and NSA director, seemed to agree, saying that even Mr. Obama "pointed out when he was Sen. Obama, and wasn't quite fully knowledgeable about these programs, he was opposed to them. And only when becoming President Obama and saw what was going on, [he] became a very forceful advocate for them."

The House's arguably harried vote last month to end the NSA's bulk collection of U.S. phone records "looked like mob action," Hayden said of the narrowly failed bill. "People acting out of emotion with a false sense of urgency and with a great deal of misinformation." Responding to some critics in Congress who've said briefings on the NSA programs have been inadequate, Hayden argued: "This is just a complicated subject, alright?"

He said during huddles with then-President Bush about terrorist surveillance programs, he predicted the onslaught of doubts.

"My guidance to my people at Fort Meade was, 'I want to be full Monty here,'" he said. "I don't want anyone to be able to say when this becomes public - and we knew it would be - 'Well, I got some sort of briefing.' I wanted them to know exactly what we were doing and the scale on which we were working. And by the way, every member of Congress was invited to read a letter in '09 and in 2011 that specifically said, 'We are gathering the metadata on all calls in the United States.'"

Going forward will be hard, Hayden continued, because some steps the president could take to make the public more comfortable with NSA activity "will actually make Americans less safe."

"Let me tell you, looking through your windscreen when you lay this on, it just looks [like] more thorough oversight, OK?" he said. "When you're looking in your rearview mirror after the next successful attack, this runs the danger of looking like bureaucratic layering. And, so, you need to be careful about how many processes you put in there."

Rep. Peter King, R-N.Y., another member of the House Intelligence Committee, argued on the show that the president's primary fault has been staying "silent for the past two months."

"He allowed the Edward Snowdens and others in the world to dominate the media, and now we have people thinking the NSA is spying on people, is listening to our phone calls," he said. "The president of the United States as commander-in-chief had the obligation to be aggressively and effectively defending his program, and he really didn't do it."

Lauding NSA employees as "patriots," "what has annoyed me the most over the last several months is people casually using words like 'spying,' 'snooping,'" King said. "There is too much loose talk here ... every time I hear 'snooping,' and 'spying,' it just drives me crazy."