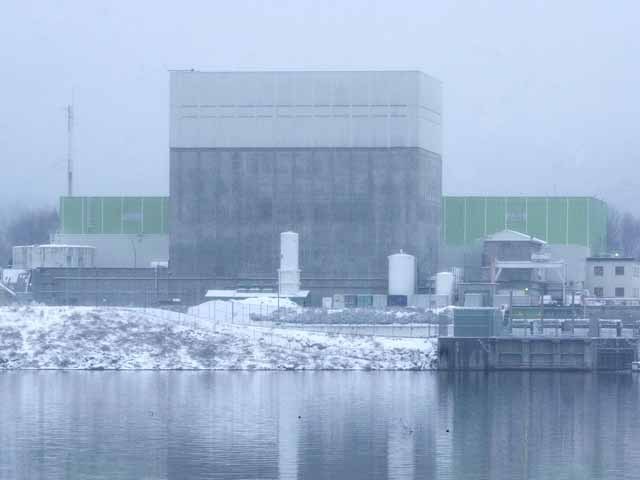 Issuance of the license was a foregone conclusion after the NRC voted to approve it on March 10, one day before an earthquake and tsunami triggered the still unfolding crisis at the Fukushima reactors in northeastern Japan, which are of the same design and about the same age as Vermont Yankee.

Vermont Yankee spokesman Larry Smith said officials there and with the plant's parent company, New Orleans-based Entergy Corp., were pleased to have the license in hand. But he added, "It's not a cause right now for any celebration in light of world events."

"I think the NRC has done their job," Smith added. "This has been a five-year review. There's been ample opportunity for people to weigh in."

The license renewal was granted a year to the day before Vermont Yankee's initial 40-year license was to expire. The plant still must be relicensed by the state, but the Senate last year rejected the idea, leaving its future uncertain.

The renewal was the first granted by the NRC since events in Japan began to unfold 10 days earlier.

Sen. Bernie Sanders, I-Vt., had issued a statement Sunday calling for a moratorium on new licenses or license renewals for U.S. reactors in the wake of the Japanese crisis.

"It's hard to understand how the NRC could move forward for a license extension for Vermont Yankee at exactly the same time as a nuclear reactor of similar design is in partial meltdown in Japan," Sanders told The Associated Press. "The idea of keeping Vermont Yankee open ... until it is 60 years of age defies comprehension."

Vermont Yankee, which operations in 1972, is located in Vernon, in Vermont's southeast corner, within sight of New Hampshire across the Connecticut River and about three miles from the Massachusetts line. It's a General Electric Mark 1 boiling water reactor, as are the Fukushima reactors.

Entergy bought Vermont Yankee in 2002 from the group of New England utilities that had owned it and boosted its power output in 2005.

Vermont Yankee announced in January of 2010 that test wells had turned up evidence that radioactive tritium had leaked from underground pipes at the plant into surrounding soil and groundwater. Within days it was revealed that plant executives had misled state lawmakers and regulators — the latter under oath — by saying the plant did not have the type of underground pipes that carried radioactive substances.

Vermont is the only state in the country with a law calling on its Legislature to give the go-ahead before state regulators issue the state permit the plant also needs to operate past March of 2010. A month after the revelations about the tritium leaks, the state Senate voted 26-4 against allowing the plant to renew its state permit. After the Senate killed the measure, it never went to the House.