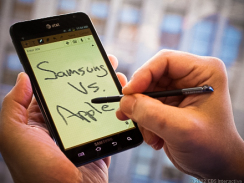 (MoneyWatch) Having lost on almost every count in its patent battle with Apple, Samsung now has some hard questions to answer: How will the Korean technology giant innovate? If imitating a key rival won't work -- and infringing its intellectual property in the bargain -- where does that leave the company's products? How it will produce world-class products?

Although in the past I've been critical of Apple's rather trigger-happy use of legal force, in this case I find it hard to sympathize with Samsung. While some of Apple's arguments were absurd -- for instance, that a rectangular phone with curved corners was its unique invention -- it was clear that other design features weren't generic, were patentable and had been copied.

It's common knowledge that Apple's suit against Samsung was a proxy for an even bigger commercial fight between Apple and Google's mobile platform, Android. And while Google has been celebrated in numerous (and strangely identical) books on innovation, it's worth asking just how productive their innovation process has proved. Having missed Facebook, they came late to social networking with the rather lame Google+. Having watched the success of the iPhone, they brought out a good operating system that, by the time it entered the marketplace, had little to offer that was dazzlingly new. A dozen variations on search isn't an innovation, but rather an iteration process.

The truth is that innovation and creativity are a lot harder to pull off than is commonly believed and that great products so occupy the mind as to make seeing beyond them difficult, demanding and risky. The glory of Apple's design has always been that many of its products left you feeling that there could be no better way to solve a design problem -- as with all great products, there is a sense of inevitability about them.

But that doesn't mean that Apple's products really are inevitable or that there is no better way. And it's critically important to the technology industry, and to consumers as a whole, that Apple isn't allowed to become a de facto standard. It's already a huge, rich company, often eager to throttle dissent or debate around its products and operations. No company is at its best when it can bully and dominate a marketplace so comprehensively that people can't see or think beyond it.

So we need the Samsungs and the Googles of the world to stretch well beyond minor alterations. Apple isn't perfect, and it needs challengers: those with the wits and the guts to think differently.