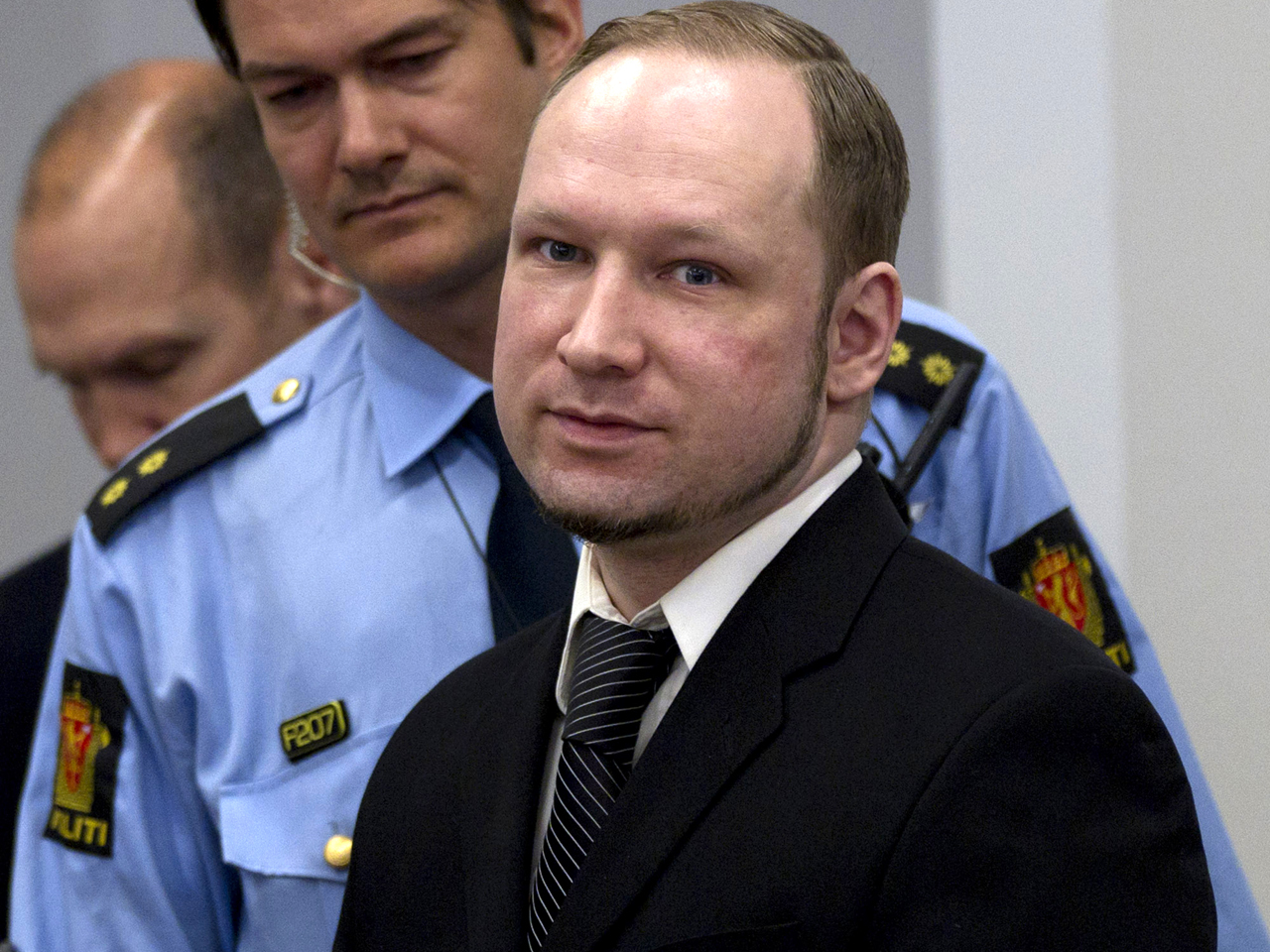 Breivik said his plan was to film the beheading and post the video on the Internet. Brundtland had already left the Labor Party's youth camp on Utoya when Breivik arrived on July 22, after setting off a bomb in Oslo that killed eight people.

Sixty-nine people, mostly teenagers, were killed on Utoya, where nearly 600 members of the Labor Party's youth wing had gathered for their annual summer retreat.

"The plan was to behead Gro Harlem Brundtland while it was being filmed," Breivik told the court.

The far-right fanatic said he was inspired by al Qaeda's use of decapitation but noted that "beheading is a traditional European death penalty."

"It was meant to be used as a very powerful psychological weapon," he said.

Brundtland was prime minister for the Labor Party for 10 years. She later headed the World Health Organization and was appointed as a U.N. climate change envoy in 2007.

"Gro Harlem Brundtland has no comment on the information provided by Breivik, nor the court case in general," her adviser Jon Moerland told The Associated Press.

On the fourth day of his trial in Oslo on terror charges, Breivik spoke at ease about Norway's worst peacetime massacre, describing the victims as "traitors" and showing no sign of remorse.

"The goal was not to kill 69 people on Utoya. The goal was to kill them all," Breivik said.

The 33-year-old Norwegian said his original plans were to set off three bombs in Oslo, including at the royal palace, but building just one fertilizer bomb turned out to be "much more difficult than I thought."

"I settled on the palace in a setting where the royal family wouldn't be hurt," he said. "Most nationalists and cultural conservatives are supporters of the monarchy, including myself."

"When I reached a situation where it was impossible to make more than one bomb, it resulted in a strategy of one bomb and one shooting-based action," he said.

His preferred targets for the shooting massacre were an annual conference of Norwegian journalists or the Labor Party's annual meeting. But he couldn't get prepared in time, so he decided on striking against the summer retreat of the Labor Party's youth wing.

Breivik said he had expected to be confronted by armed police when he left Oslo for Utoya island. He killed 69 people there, armed with a handgun and a rifle — both named after Norse gods.

"I estimated the chances of survival as less than 5 percent," he said.

Breivik, who styles himself as a modern-day crusader, has confessed to the attacks but rejects criminal guilt, saying he was acting to protect Norway and Europe by targeting left-wing political forces he claims have betrayed the country by opening it up to immigration.

The key issue of the trial is to establish whether he is criminally insane.

He entered the Oslo district court without the clenched-fist salute he had used in previous hearings.

In his testimony, Breivik said he played the computer game "Modern Warfare" for 16 months starting in January 2010, primarily to get a feel for how to use rifle sights.

Breivik said he decided already in 2006 to carry out what he expected to be a "suicide" operation. First he took a "sabbatical year" fully devoted to play another computer game, "World of Warcraft," for 16 hours a day.

Breivik said that cutting off social contact for a full year helped him prepare for the attacks, but the game-playing was "pure entertainment. It doesn't have anything to do with July 22."

Prosecutors challenged Breivik's assertion that he decided on an attack already in 2006, noting that his preparations for the attacks started in 2009, when he created an agricultural firm to buy chemicals for explosives.

Showing no sign of remorse, Breivik calmly answers questions from prosecutors, except when they ask about the alleged anti-Muslim "Knights Templar" network he claims to belong to. Prosecutors say they don't believe it exists.

When he smiled at one point during questioning Wednesday, Prosecutor Svein Holden asked him how he thought the bereaved watching the proceedings in court would react to that.

"They probably react in a natural way, with horror and disgust," Breivik said. He said he smiled because he knew where Holden was going with his line of questioning.

The main point of his defense is to avoid an insanity ruling, which would deflate his political arguments. He repeatedly accuses prosecutors of trying to "ridicule" him by highlighting portions of a rambling, 1,500-page manifesto he posted before the attacks.

In it — and in a shortened version he read to the court on Tuesday — he said the "Knights Templar" will lead a revolt against "multiculturalist" governments around Europe, with the aim of deporting Muslims.

If found sane, Breivik could face a maximum 21-year prison sentence or an alternate custody arrangement that would keep him locked up as long as he is considered a menace to society. If declared insane, he would be committed to psychiatric care for as long as he's considered ill.

The trial is expected to last 10 weeks.