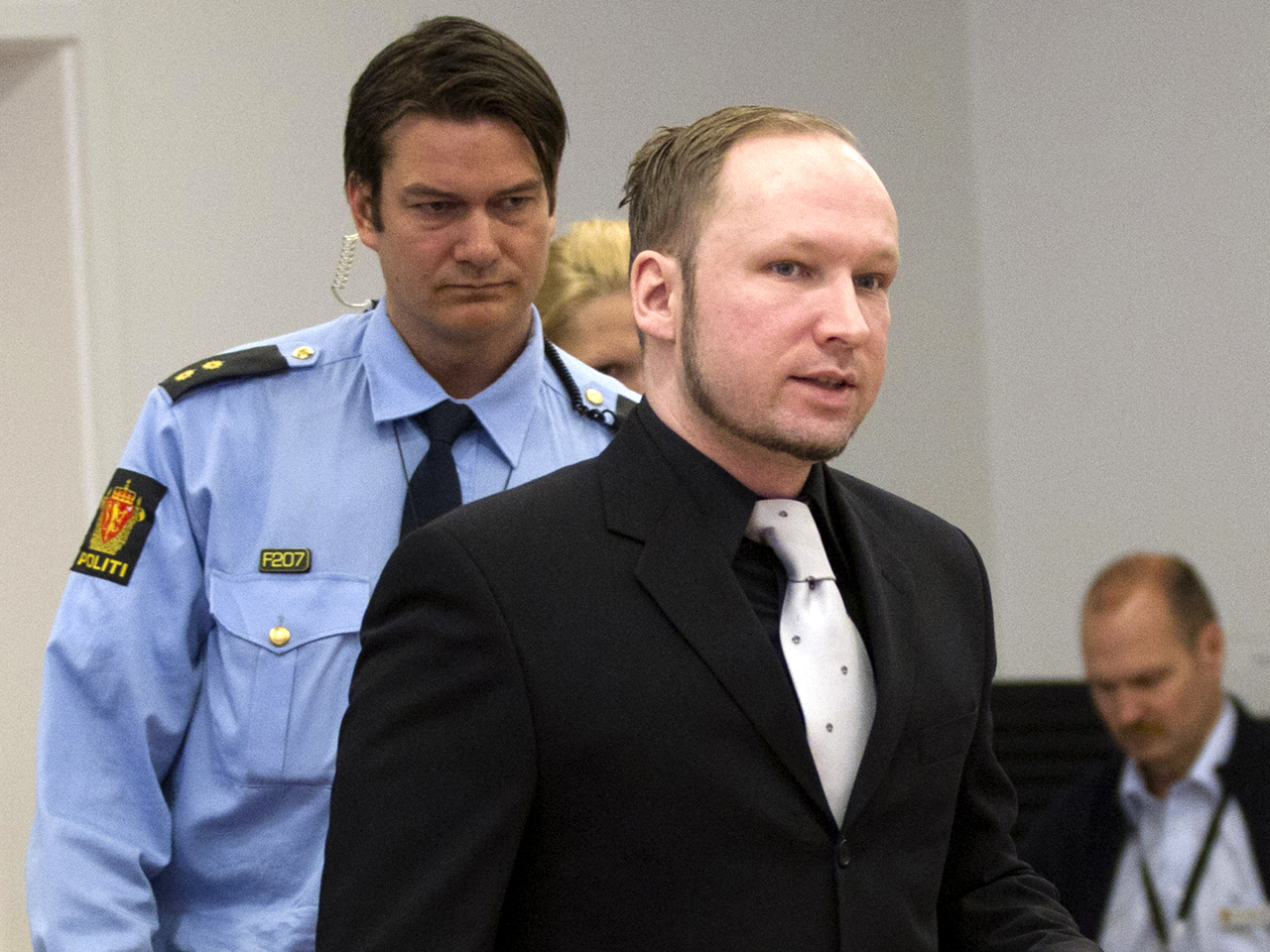 (AP) OSLO, Norway - Norwegian far-right extremist Anders Behring Breivik took to the Internet to learn how to carry out a bombing-and-shooting rampage, studying attacks by al Qaeda, Oklahoma City bomber Timothy McVeigh and the 1993 bombing of the World Trade Center.

On Friday, the fifth day of his trial, the confessed mass killer told a Norwegian court he paid close attention in particular to the World Trade Center bombing in New York and McVeigh's 1995 attack on an Oklahoma City government building, which killed 168 people and injured over 600.

Breivik also said he had read more than 600 bomb-making guides.

He called the Islamist group "the most successful revolutionary movement in the world" and said it should serve as an inspiration to far-right militants, even though their goals are different.

Breivik has admitted to the July 22 attacks that killed 77 people in Norway, but pleaded not guilty to criminal charges, saying his victims had betrayed Norway by embracing immigration.

His lack of remorse and matter-of-fact description of weapons and tactics during his testimony have deeply disturbed families of the victims, most of whom were teenagers.

The 33-year-old Norwegian said he was deliberately using "technical" language as a way to keep his composure.

"These are gruesome acts, barbaric acts," he said. "If I had tried to use a more normal language I don't think I would have been able to talk about it at all."

A lawyer representing the bereaved, who are watching the proceedings in the Oslo court and in 17 other courtrooms in Norway, asked Breivik why he didn't show any empathy for his victims.

"I can choose to remove the mental shield, but I am choosing not to do it ... because I would not survive," he said.

Comparing himself to a Japanese "banzai" warrior during World War II, Breivik said too many Norwegian men were "feminized, cooking food and showing emotions."

The victims' lawyer noted that he showed emotions on the first day of the trial, when he cried as prosecutors showed an anti-Muslim video he had created.

"I wasn't prepared for that film," Breivik said. "It's a film that represents the fight and everything I love."

Christin Bjelland, a spokeswoman for a massacre support group, said she was "quite upset" by Breivik's testimony.

"I'm going back to my hometown tonight and I live by the sea, so I have arranged with my husband, he's going to drive me out to the sea, and I'm going to take a walk there and I'm going to scream my head off," Bjelland told The Associated Press.

Breivik has admitted to the bombing in Oslo that killed eight people and the shooting massacre at the Labor Party youth camp that left 69 dead. He claims to belong to an alleged anti-Muslim "Knights Templar" network. Many groups claim part of that name, but prosecutors say they don't believe the group described by Breivik exists.

The main goal of the trial is to figure out whether Breivik was sane or insane — two official reports from experts have come to opposite conclusions on that point.

If declared sane, Breivik could face a maximum 21-year prison sentence or an alternate custody arrangement that would keep him locked up as long as he is considered a menace to society. If found insane, he would be committed to psychiatric care for as long as he's considered ill.