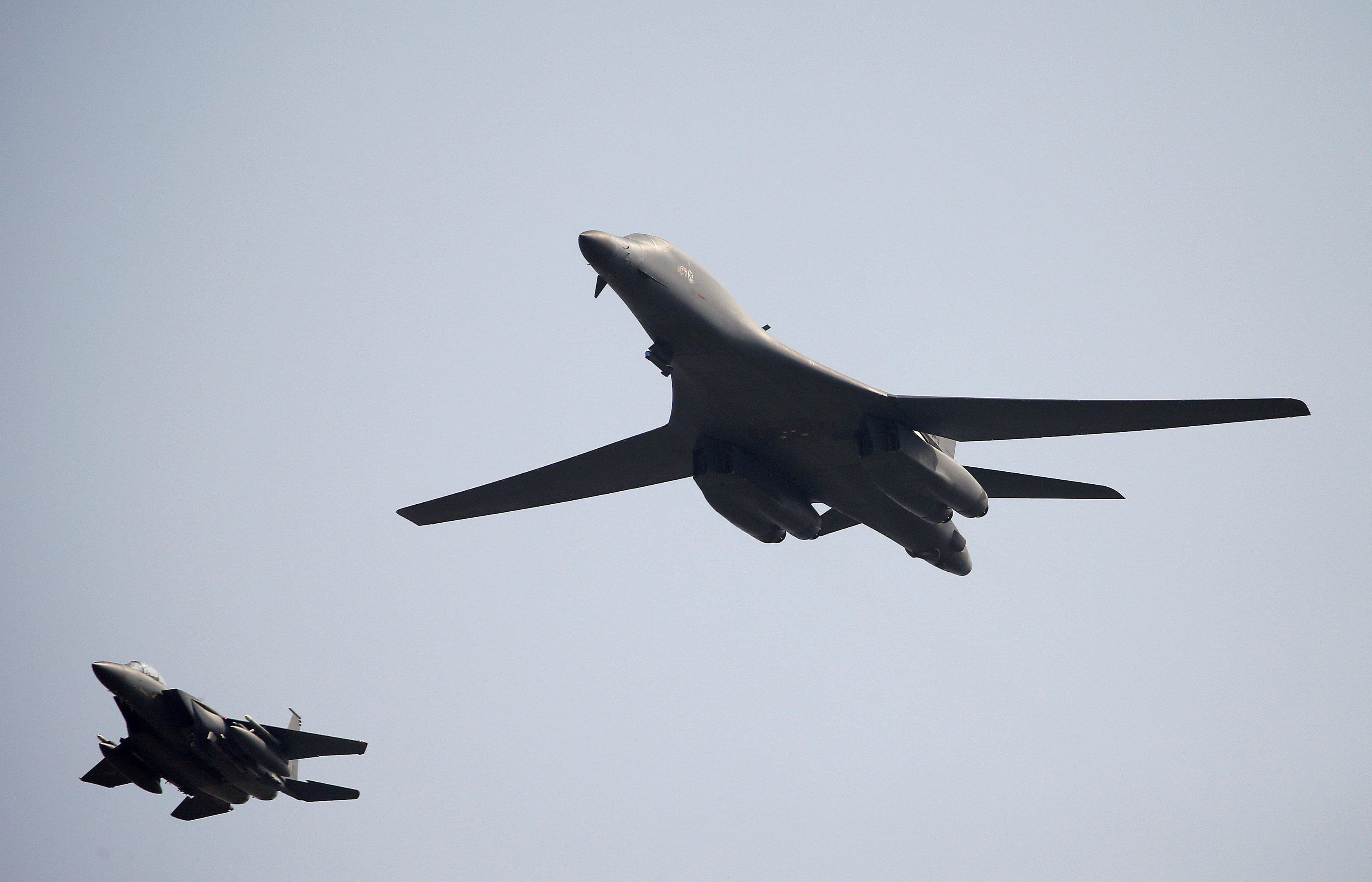 SEOUL, South Korea -- The United States flew a B-1B supersonic bomber over South Korea on Wednesday as part of a massive combined aerial exercise involving hundreds of warplanes, a clear warning after North Korea last week tested its biggest and most powerful missile yet.

"Through the drill, the South Korean and U.S. air forces displayed the allies' strong intent and ability to punish North Korea when threatened by nuclear weapons and missiles," the military said in a statement.

B-1Bs flyovers have become an increasingly familiar show of force to North Korea, which after three intercontinental ballistic missile tests has clearly moved closer toward building a nuclear arsenal that could viably target the U.S. mainland.

North Korea hates such displays of American military might at close range and claimed through its state media on Tuesday that the "U.S. imperialist war mongers' extremely reckless war hysteria" has put the region at risk of a nuclear war.  The North continued to describe the B-1B a "nuclear strategic bomber" although the plane was switched to conventional weaponry in the mid-1990s.

South Korea's military says the Hwasong-15 the North tested last week has the potential to strike targets as far away as 13,000 kilometers (8,100 miles), which would put Washington within reach. The test flight used an arched trajectory and the missile flew 950 kilometers (600 miles) before splashing down near Japan.

The North also tested a different intercontinental ballistic missile twice in July and conducted its most powerful nuclear test in September which it described as a detonation of a thermonuclear weapon designed for ICBMs.