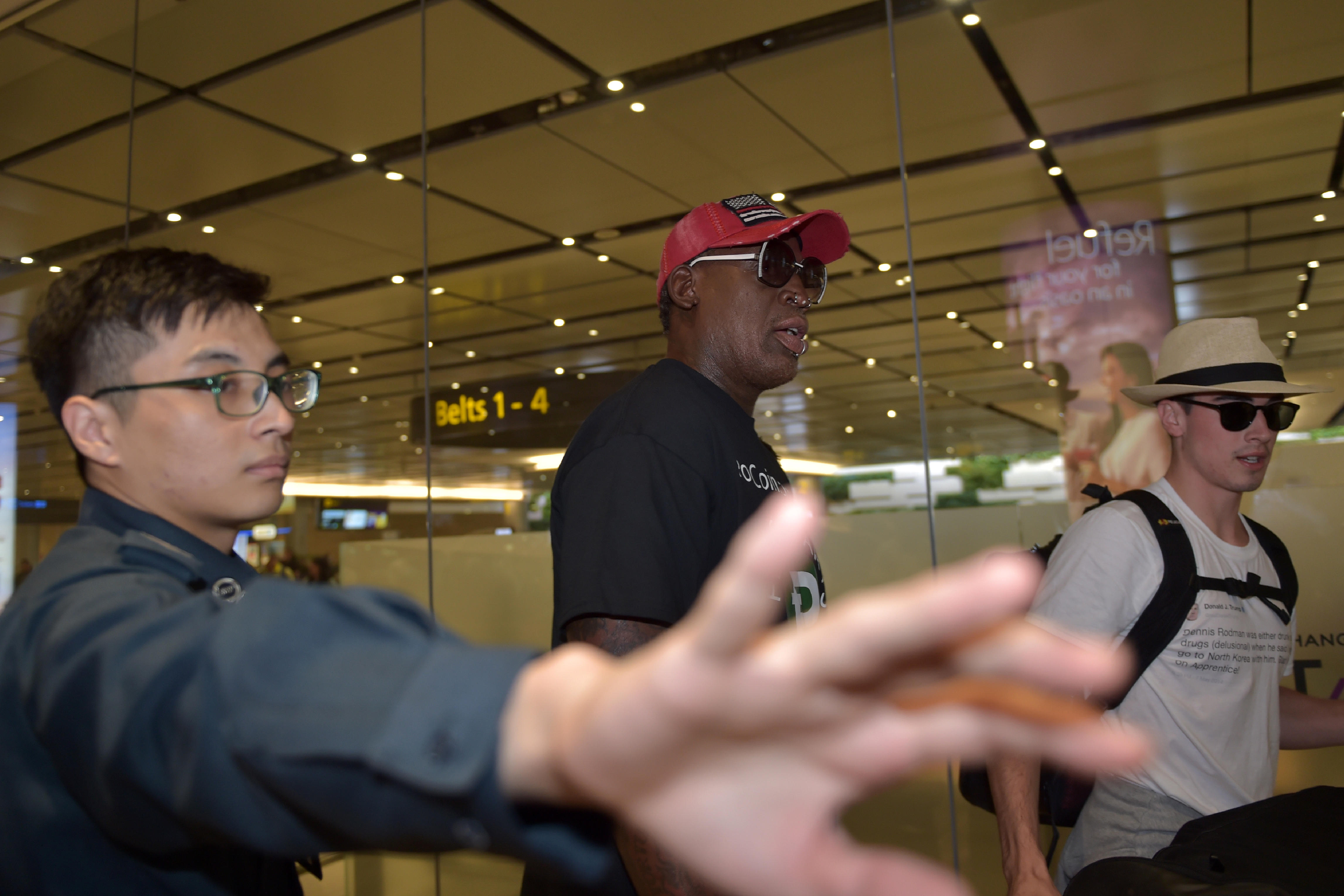 SINGAPORE -- Former NBA star Dennis Rodman arrived in Singapore around midnight Monday, hours before President Trump is set to meet North Korean leader Kim Jong Un for the first time. Rodman told reporters at Changi airport that he came to Singapore "to see what's going on" and that he hopes "that things turn out to be well for everyone in the world."

Mr. Trump and Kim are meeting Tuesday in what the U.S. hopes will be the start of negotiations to eliminate North Korea's rapidly advancing nuclear weapons program.

Rodman is one of the few westerners to have met the North Korean leader on visits to the capital city of Pyongyang.

Asked if he would meet Kim in Singapore, the ex-basketball player said he thinks the North Korean leader "has bigger things to worry about than seeing me right now." He added though that every time he has met with Kim, it has been a surprise, so maybe he will be surprised again on Tuesday.

White House officials have said Rodman will play no official role in the diplomatic negotiations. Mr. Trump said last week that Rodman had not been invited to the summit.

Rodman arrived in Singapore wearing a T-shirt promoting PotCoin, which has sponsored his travel to North Korea in the past.

The cryptocurrency company gives marijuana businesses access to banking as an alternative to many financial institutions that will not do business with cannabis companies because marijuana is illegal under U.S. federal law.

Restaurants and businesses in Singapore are cashing in on the summit, CBS News correspondent Ben Tracy reports. People can find summit-themed dishes, Trump and Kim T-shirts and a pair of impersonators, who are holding mock press conferences.

Singapore's government said it has spent about $20 million to be the host of the summit, Tracy reports, so perhaps they will get some money back from tourists buying summit swag.