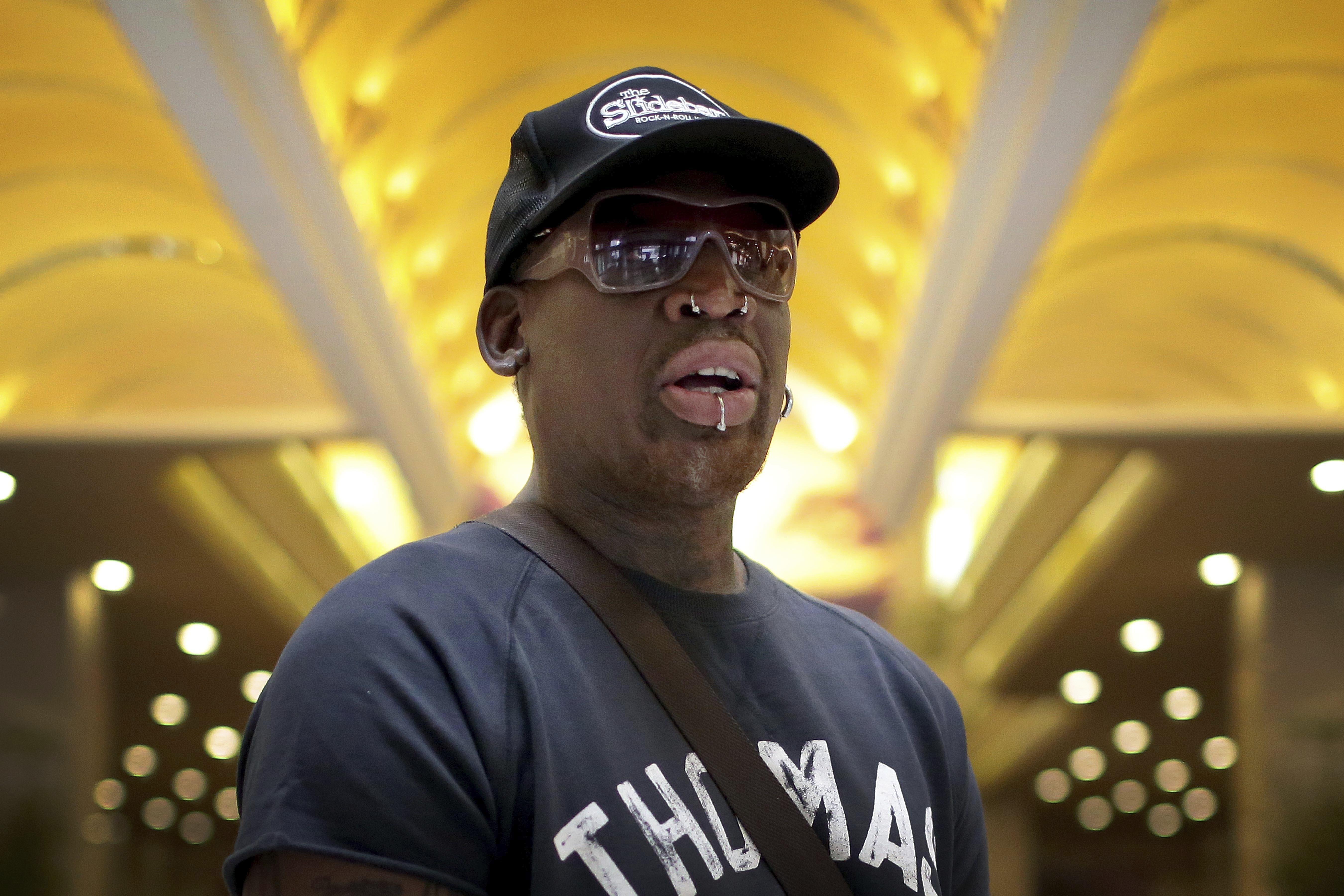 LOS ANGELES -- Former NBA star Dennis Rodman says he will travel to Singapore "for the historical summit" between President Trump and North Korea's Kim Jong Un, even though Mr. Trump says he wasn't invited. Rodman announced his plans via tweet Friday and thanked the cryptocurrency company PotCoin for sponsoring the trip. The tweet was quickly deleted and later reposted.

Rodman, who is among the few Westerners who have met the North Korean leader, said he would "give whatever support is needed" to his "friends" Mr. Trump and Kim.

White House officials have repeatedly said that Rodman would play no official role in the diplomatic negotiations and Mr. Trump said Thursday that the basketball legend had not been invited to the June 12 summit.

Rodman's tweet announcing the trip included a composite photo of him, Trump and Kim in front of the flags of both nations and the word "unite."

He later shared another tweet with a photo showing him alongside Mr. Trump.

In a Fox News interview Thursday, White House Deputy Press Secretary Hogan Gidley said that Rodman is "great on the court but negotiations should best be left to those who are good at it."

"President Donald Trump is the best. So we expect he and Kim Jong Un to have an amazing conversation without Dennis Rodman in tow," Gidley said.

Rodman has called the North Korean leader his "friend for life." Rodman first visited North Korea in 2013 with members of the Harlem Globetrotters and has returned several times. He held Kim's daughter during a visit in 2013.

PotCoin has sponsored Rodman's travel to North Korea in the past. In 2017, the Basketball Hall of Famer was photographed in North Korea wearing a PotCoin T-shirt and baseball cap. The cryptocurrency company gives marijuana businesses access to banking as an alternative to many financial institutions that will not do business with cannabis companies because marijuana is illegal under U.S. federal law.

Asked again on Friday whether Rodman would possibly be attending the summit, Mr. Trump said: "Dennis was a great rebounder and he wasn't relatively speaking that tall."

The meeting next week in Singapore will be the first of its kind between a leader of North Korea and a sitting U.S. president.