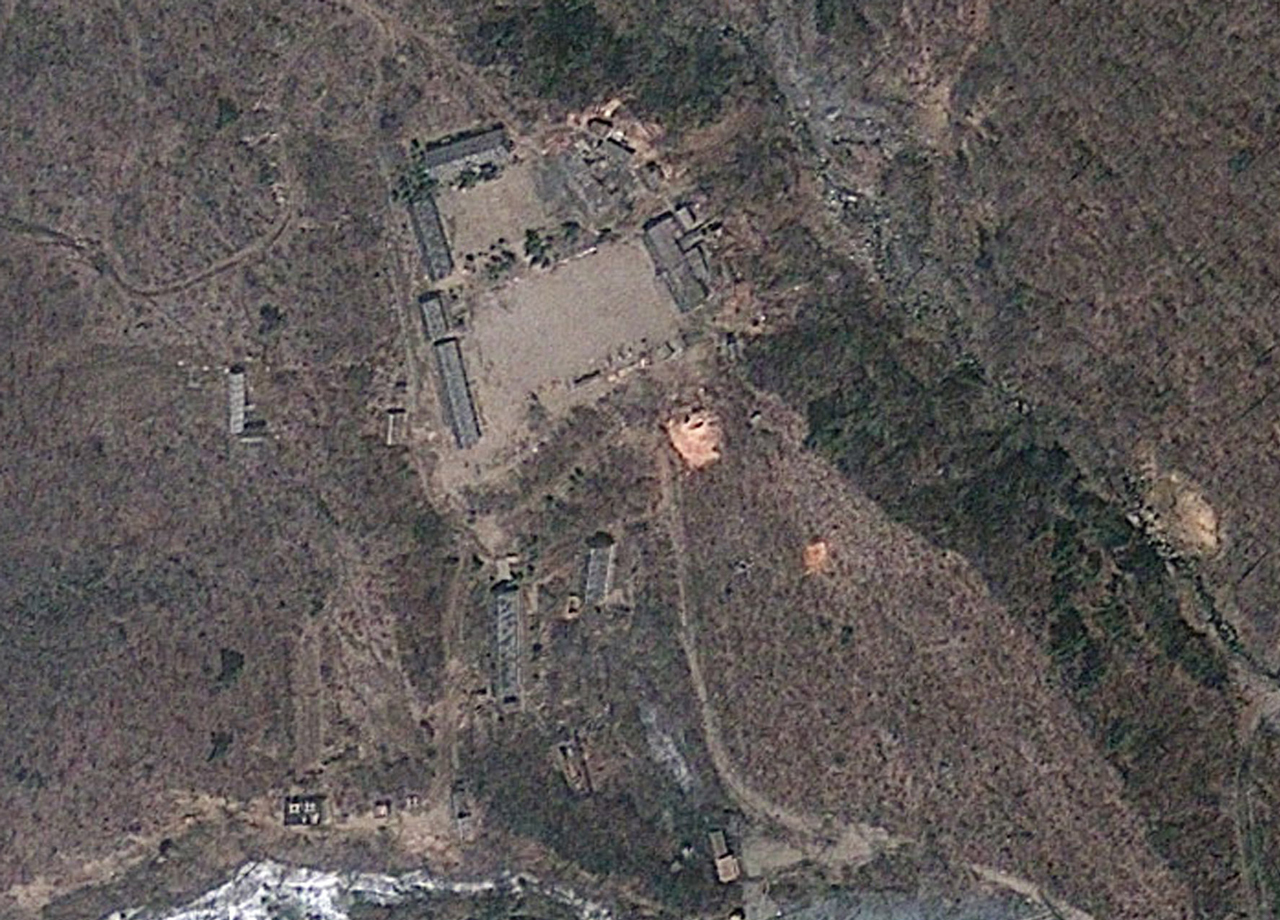 The 2.7-magnitude quake occurred about 34 miles northwest of Kilju, where the Punggye-ri Nuclear Test Site is located in northeastern North Korea, according to officials at South Korea's Korea Meteorological Administration. They said it wasn't man-made and didn't appear to cause any damage in the area.

The officials, who requested anonymity citing department rules, said they believe the four quakes probably happened because the underground nuclear test on Sept. 3 weakened or affected the tectonic plate structures in the area. The region isn't one where earthquakes naturally occur and no quakes were detected after the five smaller nuclear tests North Korea has conducted since 2006.

As CBS News' David Martin reported, the nuclear test produced an explosion almost 10 times larger than the blast from the bomb dropped over Hiroshima in 1945. The initial U.S. intelligence assessment of the test indicated the underground explosion measured 140 kilotons. The Hiroshima explosion yielded a blast of 15 kilotons.

The officials declined to say how the recent quakes might have affected the area and the test site, where all of North Korea's nuclear bomb tests have taken place. But some civilian experts said North Korea may stop using the site.

North Korea, which is accelerating its efforts to develop more powerful nuclear weapons and missiles, is unlikely to waste its limited nuclear materials by conducting tests that are weaker than its sixth. But a more powerful underground detonation at the current site could be "potentially suicidal," not only because of the weakened ground, but also because of the threat of a volcanic eruption at Mount Paektu, a revered North Korean mountain only about 60 miles away, according to Kune Yull Suh, a professor of nuclear engineering at Seoul National University.

Du Hyeogn Cha, a visiting scholar at Seoul's Asan Institute for Policy Studies, previously expressed similar worries, saying he wondered whether North Korea would be able to carry out another nuclear test in the area. Other experts said the quakes might have been caused by landslides or the collapsing of test structures such as tunnels.

North Korea's state media haven't reported any of the four quakes detected by South Korea and other countries.

The North has vowed to bolster its nuclear and missile programs despite increasing U.S.-led pressure on the country. Worries about a potential military clash between the U.S. and North Korea have also intensified in South Korea and elsewhere, with President Donald Trump and North Korean leader Kim Jong Un exchanging crude personal insults and warlike rhetoric.

At the height of the standoff between the countries last month, North Korean Foreign Minister Ri Yong Ho told reporters the country could conduct a hydrogen bomb test over the Pacific Ocean. Suh said Ri's comments might indicate the North is unable to carry out new explosions at its test site.

"It's likely that North Korea will conduct its next nuclear test in the stratosphere, or about 100 to 300 kilometers (60 to 185 miles) from the ground, where it will be able to conduct more powerful detonations," Suh said.