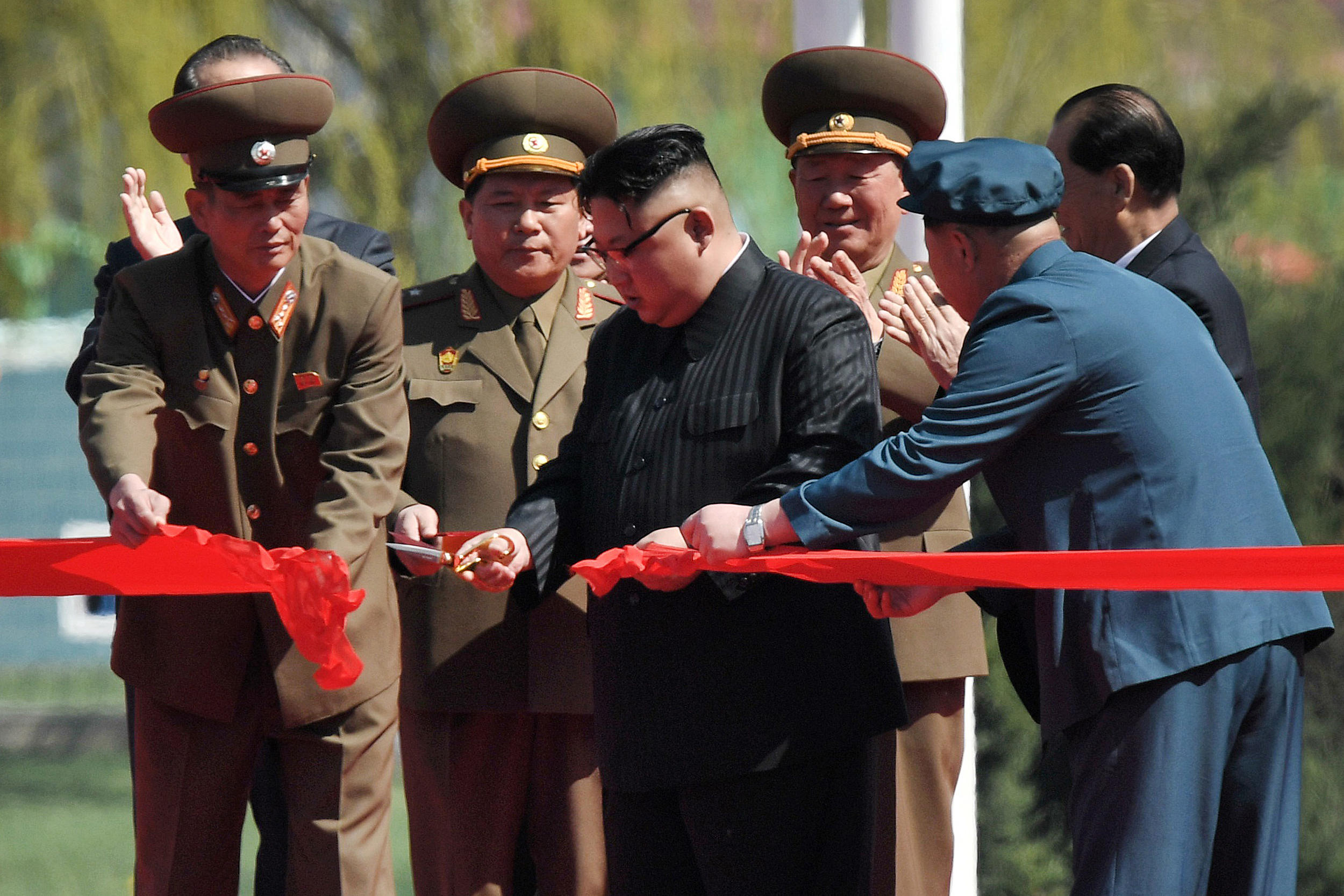 PYONGYANG, North Korea -- President Trump has warned China he will address the threat posed by a rogue North Korea with or without help from Beijing.

He said he had told President Xi Jinping this week that the best way for China “to make a good trade deal is to help us with North Korea,” but that if Beijing refused to wield its influence over Pyongyang to rein-in Kim Jong Un’s missile and nuclear programs, “we’re just going to go it alone.”

While there were indications Wednesday that Trump and Xi had actually found some common ground on the North Korea standoff, Mr. Trump is still reportedly considering additional sanctions against the Kim regime. He has already routed a U.S. Naval strike group toward the region in response to the North’s most recent missile and nuclear tests.

As the U.S. flexes its military muscles, though, so too is Kim. CBS News correspondent Ben Tracy reports the North Korean leader made a rare appearance early on Thursday.

North Korean guides told Tracy and his crew to be ready to go at 5 a.m. in Pyongyang, and not to bring their cell phones. They would not tell Tracy where they were going, but he and his crew stepped out of the vehicles into a sea of North Korean citizens waving flags and throwing flowers, the message was clear.

Pyongyang, and hundreds of thousands of North Koreans, are preparing for an upcoming military parade. The government minders brought the CBS News crew to a street in central Pyongyang where thousands of people were gathering for what appeared to be an elaborately staged media event. Security was tight.

And then North Korean President Kim Jong Un showed up.

Tracy said the sea of people made it feel like the entire city was there. They appeared to be relishing the spectacle as their leader cut a ribbon on what they call the Street of the Rising Sun.

It was all an economic show of force in the North Korean capital that masks the extreme poverty still pervasive across the rest of the isolated nation.

In October, our cameras captured work on the still-unfinished buildings of Rising Sun. Just five months later, it’s now a massive addition to Pyongyang, with more than a dozen modern high-rises -- some of them 70 storeys high.

It was all constructed, North Korea says, in less than a year. Our cameras were not allowed inside, and it’s unclear who will be occupying these high rises, or when.

Kim himself didn’t speak at the event Thursday, but he didn’t have to; he let the buildings do the talking.

His message to America: Your sanctions don’t work, and we will keep building our buildings -- and our missiles.

A massive military parade through the streets of Pyongyang is expected to mark what would have been North Korean founder Kim Il Sung’s 105th birthday.

New Satellite images examined by a North Korea watchdog group suggest the country is preparing to conduct a sixth nuclear test -- possibly timed to coincide with this weekend’s celebration.

As the U.S. aircraft carrier and its accompanying battleships sail toward the Korean Peninsula, President Trump’s made it clear that all options, including military ones, remain on the table.