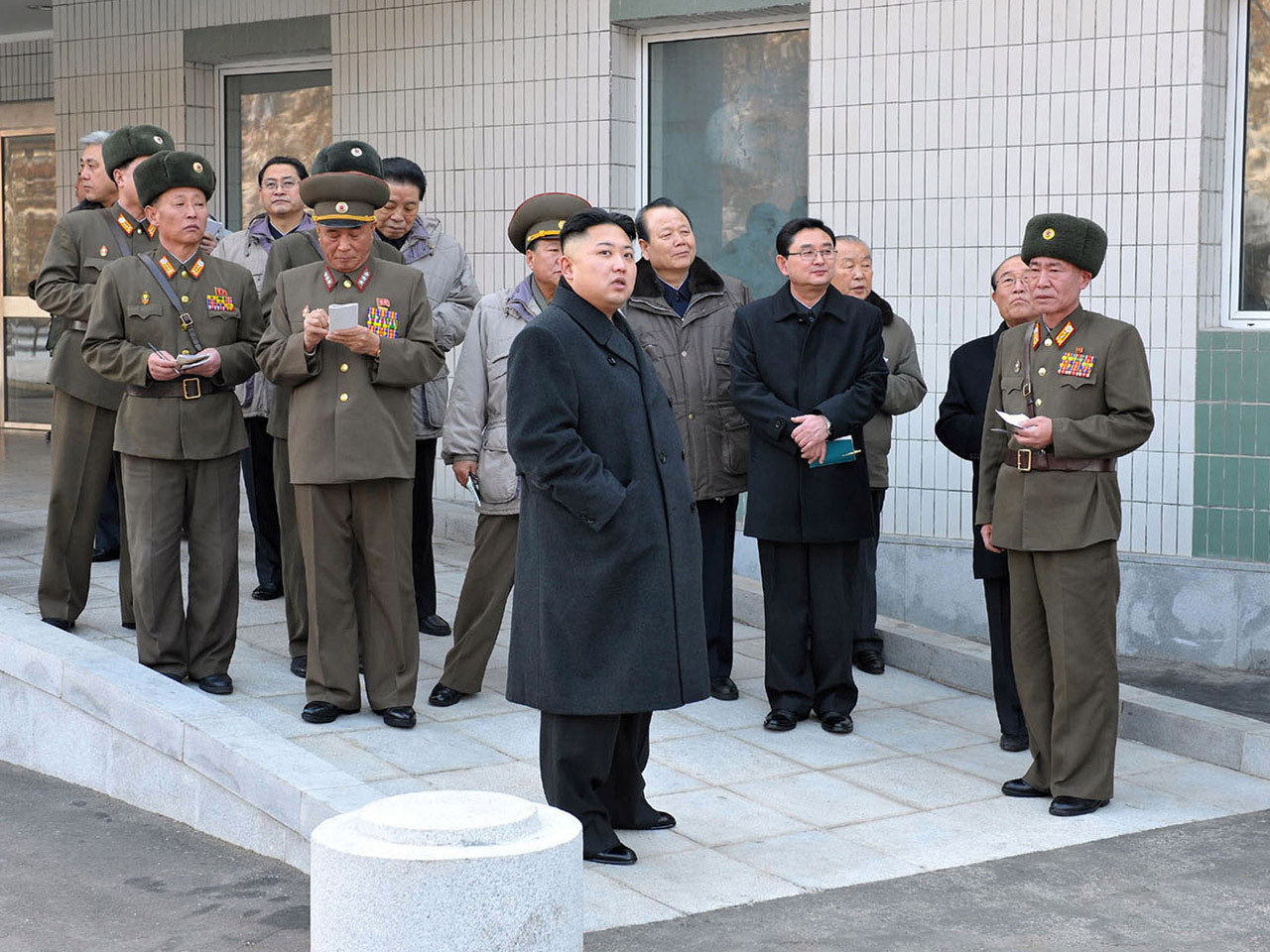 The statement from China's Foreign Ministry reflected Beijing's growing frustration with its communist neighbor's provocative behavior. But with Beijing stopping short of a condemnation, it also demonstrated China's reluctance to impose more severe measures that could destabilize the North's hardline regime.

China instead renewed its call for new denuclearization talks, and beseeched all parties to remain calm, and not take any further measure that could heighten tensions.

"The Democratic People's Republic of Korea, heedless of widespread international opposition, has again carried out a nuclear test, to which the Chinese government expresses its firm opposition," the statement said, referring to North Korea by its official name.

The statement said China maintained its resolute stance of advocating a nuclear-free Korean Peninsula, opposition to nuclear proliferation, and support for the maintenance of stability on the peninsula. It called on North Korea to abide by its denuclearization pledge, and not to "take additional actions that could cause the situation to further deteriorate."

The statement did not point to any specific actions Beijing would take in response to the nuclear test, the North's third. But it called on all sides to "respond calmly" and said issues should be resolved within the framework of long-stalled denuclearization talks involving North Korea, China, the U.S., South Korea, Japan and Russia.

Christopher Hill, former U.S. ambassador to South Korea, said Monday that the Chinese have, "said publicly there will be real consequences for North Korea. What those consequences are, we have to see, but I suspect it's gonna be more than an angry letter."

Both Russia and China took an unusually terse stance with their ally Pyongyang after the isolated nation launched a ballistic rocket in December -- a move North Korea insisted was unrelated to its missile program. The U.S. said it was a loosely veiled test of the exact same technology used in ballistic missiles.

Russia took a stronger stance Tuesday, with the Interfax news agency quoting a Foreign Ministry source as saying Kremlin leaders "condemn these actions by North Korea and view them together with the ballistic rocket launch carried out earlier as a violation of the corresponding U.N. Security Council resolution."

That remark raises the prospect of Russia backing further sanctions -- if the Security Council is to decide on any during or after an emergency meeting called for Tuesday morning at the global body's headquarters in New York.

CBS News foreign affairs analyst Pamela Falk says China's backing of new sanctions after the North's December rocket launch is a strong indication that the Security Council will be able to pass a tough new resolution.

"The Security Council is likely to condemn the nuclear test and propose a tough new Council Resolution with tighter economic sanctions that target North Korea's financial institutions," said Falk, who is based at U.N. Headquarters. "There is new leadership in China, South Korea, North Korea and Japan and there is an increasing concern in the international community that Pyongyang's nuclear test could destabilize the region."

The North was quick to dismiss any further sanctions against it Tuesday, with an envoy to disarmament talks in Geneva telling United Nations officials that prospects for a denuclearized Korean Peninsula were "gloomy," and blaming "hostile" U.S. policies, according to the Reuters news agency.

"The U.S. and their followers are sadly mistaken if they miscalculate the DPRK would respect the entirely unreasonable resolutions against it," North Korean envoy Jon Yong Ryong told the Conference on Disarmament, according to Reuters. "The DPRK will never bow to any resolutions."

The White House, meanwhile, called the North's latest test a "highly provocative act" that threatens U.S. security and international peace. In a statement issued early Tuesday, President Obama promised to "continue to take steps necessary to defend ourselves and our allies." He urged "swift and credible action by the international community."

China is the North's biggest source of aid and diplomatic support, but it issued an unusually strong reaction to Pyongyang's December rocket launch by agreeing to tightened U.N. sanctions on the country then.

It wasn't immediately clear whether China or Russia would in fact back tough new sanctions after Tuesday's test.

The decision to push ahead with the test was a direct challenge to the Security Council's 15 member states. In condemning the December long-range rocket launch and imposing more sanctions on Pyongyang, the council had demanded a stop to future launches and ordered North Korea to respect a ban on nuclear activity — or face "significant action" by the U.N.

The test will likely draw more unilateral sanctions from the United States and other countries at a time when North Korea is trying to rebuild its moribund economy and expand its engagement with the outside world.

North Korea cites the U.S. military threat in the region as a key reason behind its drive to build nuclear weapons. The two countries fought on opposite sides of the Korean War, which ended after three years with an armistice signed on July 27, 1953, not a peace treaty. The U.S. stations more than 28,000 troops in South Korea to protect the ally.

NATO also derided North Korea for going ahead with the test, saying in a statement from the governing North Atlantic Council that the "irresponsible act, along with the December missile launch, poses a grave threat to international peace, security and stability."

The statement called on North Korea to immediately cease such "provocative actions." The NATO alliance considers an attack on one of its 28 members as an attack on them all.