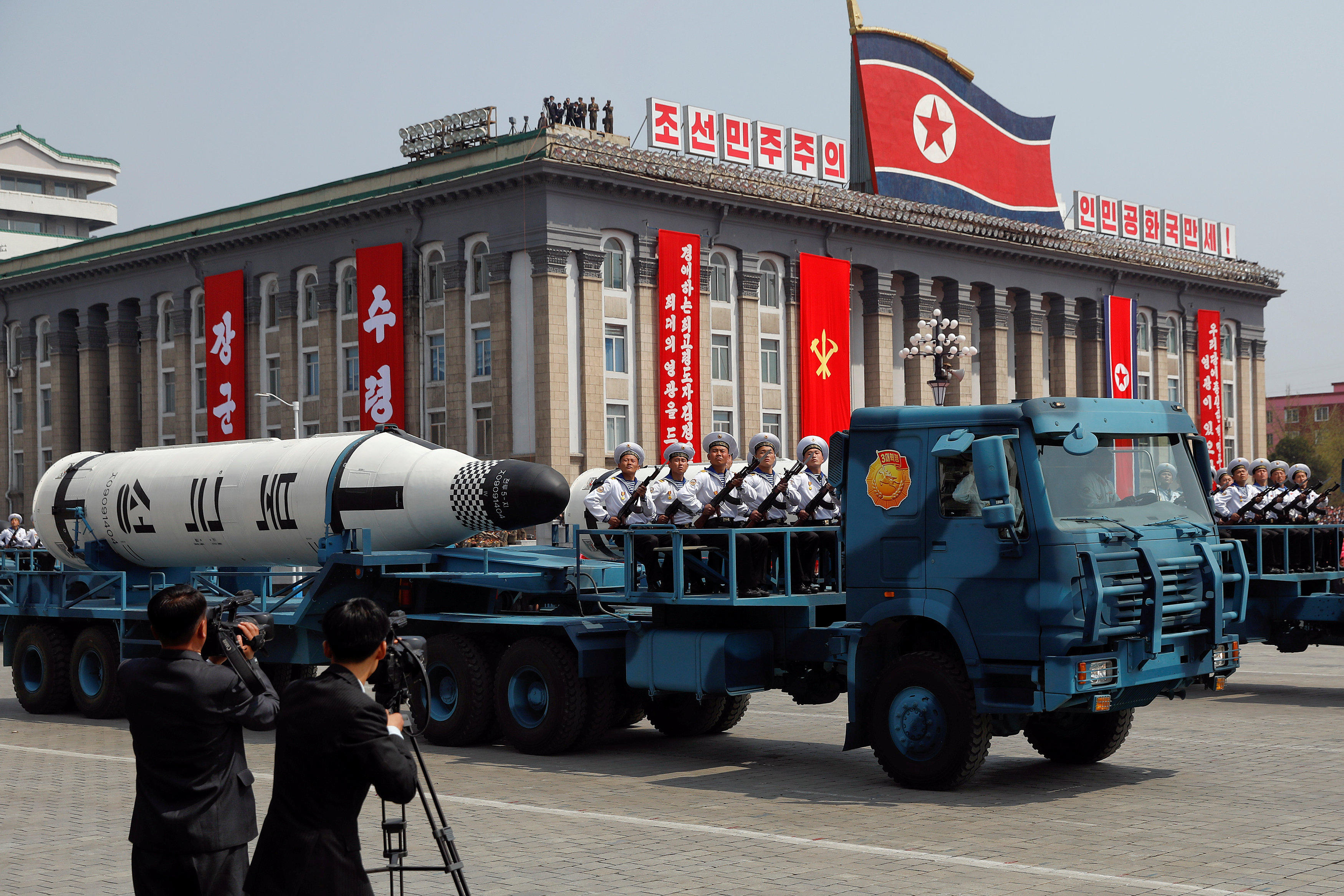 The ballistic missile launch occurred near the Pukchang airfield. the U.S. Pacific Command said in a statement.

The test will be condemned by outsiders as yet another step in the North's push for a nuclear-tipped missile that can strike the U.S. mainland.

North Korea didn't immediately comment on the launch, though its state media on Saturday reiterated the country's goal of being able to strike the continental U.S.

The timing of the North's test was striking: Only hours earlier the U.N. Security Council held a ministerial meeting on Pyongyang's escalating weapons program. North Korean officials boycotted the meeting, which was chaired by U.S. Secretary of State Rex Tillerson.

South Korea's Joint Chiefs of Staff said in a statement that the missile flew for several minutes and reached a maximum height of 44 miles before it apparently failed.

A U.S. official, speaking to The Associated Press on condition of anonymity to discuss sensitive matters, said the missile was likely a medium-range KN-17 ballistic missile. It broke up a couple minutes after the launch and the pieces fell into the Sea of Japan.

A South Korean military official also said without elaborating that the launch was believed to be a failure. He didn't want to be named, citing office rules. The official couldn't immediately confirm how far the missile flew or whether it had exploded shortly after launch.

North Korea routinely test-fires a variety of ballistic missiles, despite United Nations prohibitions, as part of its push to develop a long-range ballistic missile capable of hitting U.S. shores.

President Trump did not answer questions shouted at him by reporters about the missile. The White House issued a statement Friday that the president had been briefed.

On Twitter, Mr. Trump posted that North Korea "disrespected" the wishes of China.

In an interview with Reuters on Thursday, Mr. Trump said there is a "chance" the U.S. could have a "major, major conflict" with North Korea.

The missile test comes at a particularly heightened time of tension with North Korea. On Thursday, U.S. Adm. Harry Harris Jr., the Navy officer overseeing military operations in the Pacific, said "there is no doubt in my mind" that North Korea is creating a nuclear-tipped missile that could reach the U.S.

The Trump administration, meanwhile, has said that all options, including a targeted missile strike, are on the table as a preventative measure against North Korea. But U.S. Sen. John McCain told "CBS This Morning" on Thursday that any strike to North Korean aggression would "absolutely be the last option."

"That is when we are convinced that North Korea has that capability to launch a missile that could strike with a nuclear weapon the West Coast of the United States," said McCain.