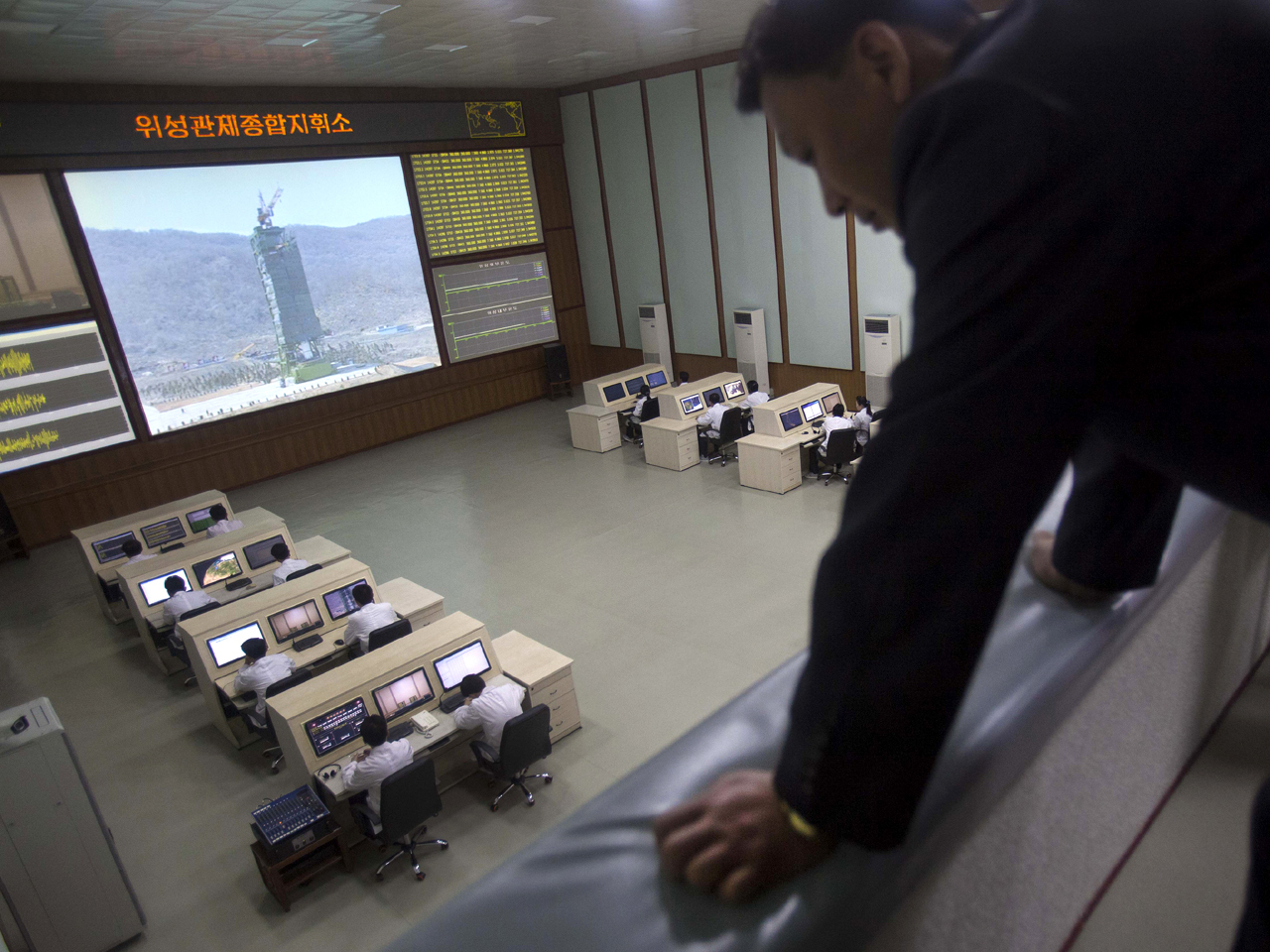 (AP) PYONGYANG, North Korea - North Korea's first chance at a rocket launch passed Thursday with no word of a liftoff, but also with no sign that Pyongyang intends to abandon what the U.S. and its allies consider an attempt to test long-range missile technology.

The launch window for what North Korea says is an observation satellite opened during a week aimed at celebrating Sunday's centennial of the birth of Kim Il Sung, the country's late founder. Events also include high-level meetings where new leader Kim Jong Un has received at least three new titles to further cement his rule.

North Korea has said it will launch the rocket between Thursday and Monday, between 7 a.m. and noon local time. Space officials showed foreign journalists the launch control center Wednesday and said fueling was under way, but they did not comment further on the timing.

Poor weather made a Thursday launch unlikely, Philippine disaster management agency chief Benito Ramos said, citing an assessment he received from the Philippine military, which is being briefed by U.S. and Japan counterparts. Wind in particular can scuttle rocket launches.

The United States, Japan, Britain and others say the launch would be a provocation and would violate U.N. Security Council resolutions banning North Korea from developing its nuclear and missile programs. Experts say the Unha-3 carrier is similar to the type of rocket that could be used to fire a missile mounted with a nuclear warhead to strike the U.S. or other targets.

"A launch is a serious act of provocation that would affect peace and stability in the region that includes our country," Prime Minister Yoshihiko Noda said, reading the resolution adopted unanimously at the lower house. "We strongly urge North Korea to use self-restraint and not to carry out a launch."

South Korea's Defense Ministry said it was prepared to shoot down any rocket that strays into its territory.

North Korea denies that the launch is anything but a peaceful civilian bid to send a satellite into space. The Kwangmyongsong-3 satellite is designed to send back images and data that will be used for weather forecasts and agricultural surveys.

Pyongyang made two previous attempts to launch a satellite, in 1998 and 2009, but the U.S. and other outside observers say there is no evidence that either reached orbit. This week's planned launch came with more fanfare, with Pyongyang inviting a possibly unprecedented crowd of foreign journalists and other guests.

North Korea also is elevating Kim Jong Un, who has been firmly in power since his father, Kim Jong Il, died in December.

He was named first secretary of the ruling Workers' Party at a conference Wednesday, a new top title that allowed the party to grant Kim Jong Il the posthumous title of "eternal general secretary."

Though he already is considered supreme commander of the armed forces, Kim is expected to gain other new titles formalizing his position as "supreme leader."

The elevation of Kim Jong Il to his father's status provides a glimpse into how North Korea will handle the nation's second hereditary succession and indicates he will be honored much in the same way father Kim Il Sung was made "eternal president" following his 1994 death.

Footage aired on state TV on Thursday showed Kim Jong Un seated at the front of the conference with white statues of his grandfather and a new statue of his father in his trademark khaki work ensemble, one arm on his hip. On Mansu Hill, once the domain of a huge bronze statue of Kim Il Sung, a second covered statue awaits its unveiling.

Ken Gause, a North Korea specialist at CNA, a U.S.-based research organization, said younger members also were promoted at the last party conference in September 2010, when Kim Jong Un was made vice chairman of the Central Military Commission.

"I expect in the near future, as Kim Jong Un begins to consolidate his power, we will see more," he said in an email.