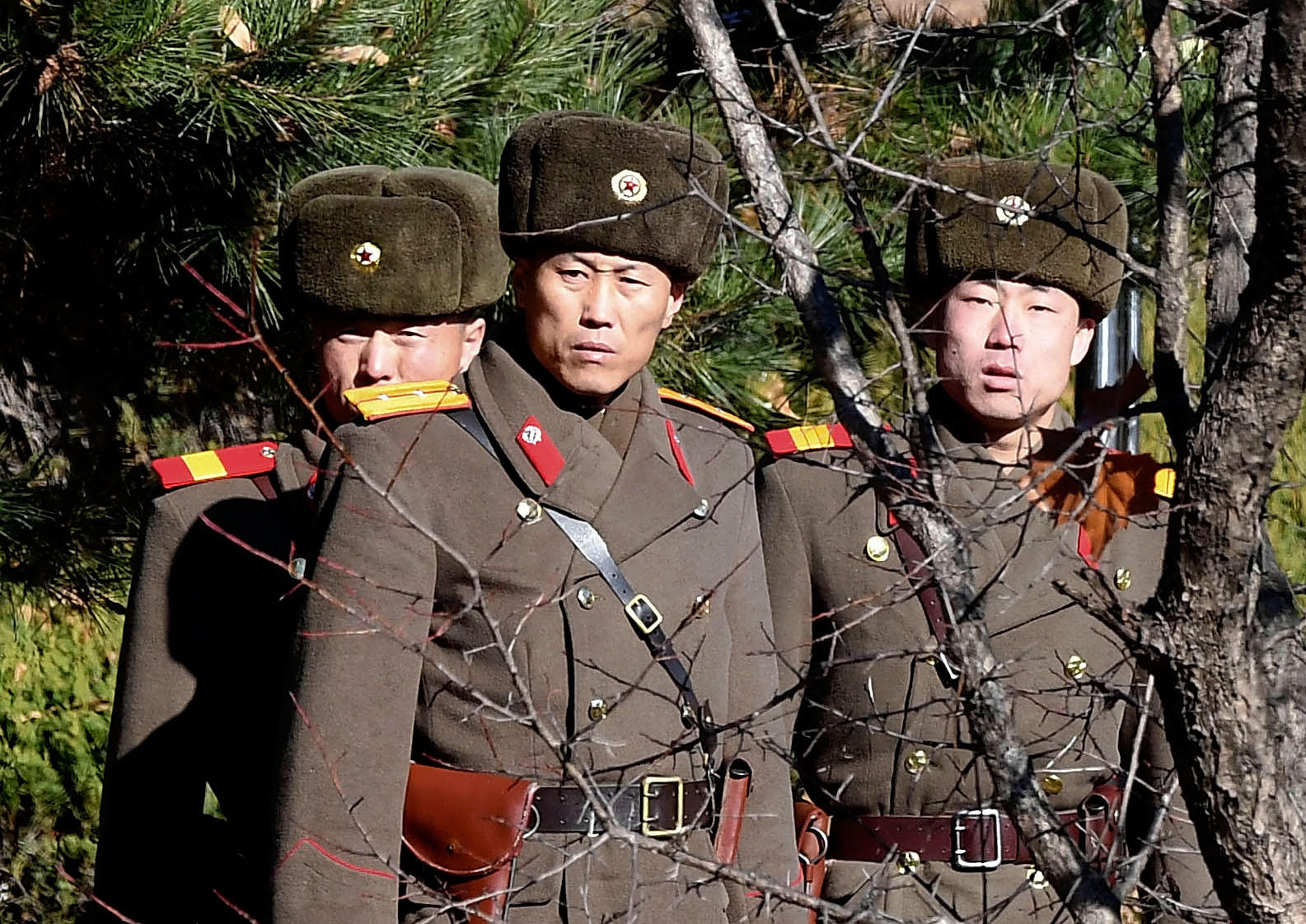 PANMUNJOM, Korea -- South Korea is reportedly broadcasting on loudspeakers into North Korea news of the recent escape of a North Korean soldier who was shot five times by his former colleagues as he dashed across the rivals' border, part of Seoul's psychological warfare against the North.

South Korea's Yonhap news agency, citing an unnamed military source, reported Monday that a recap of the soldier's defection and recovery from his wounds has been played on loudspeakers at the border since the dramatic Nov. 13 defection. The Defense Ministry declined to confirm the report.

The U.N. has released video from several security cameras showing the daring escape. In the video, an army jeep races down an empty road inside the Demilitarized Zone between North and South Korea, CBS News correspondent Ben Tracy reports.

North Korean soldiers, aware something is wrong, run from their checkpoints and begin to chase their fleeing comrade. The defector's truck gets stuck, and he then runs for his life. The other soldiers follow and open fire, shooting at him approximately 40 times.

The wild escape, shooting, subsequent surgeries and slow recovery of the soldier have riveted South Korea. Pyongyang has said nothing about the defection, which is a huge embarrassment because Pyongyang claims all defections are the result of Seoul either kidnapping or enticing North Koreans to flee.

The loudspeakers, reportedly installed at about a dozen sites near the border dividing the two Koreas, were not audible at the Panmunjom border village inside the Joint Security Area jointly overseen by the American-led U.N. Command and by North Korea.

North Korea hates South Korea's border broadcasts. The South briefly resumed the broadcasts in August 2015 after an 11-year break, after Seoul blamed Pyongyang for land mine explosions that maimed two South Korean soldiers. The broadcasts stopped after the rivals reached a settlement, but reportedly resumed in January 2016 after a North Korean nuclear test.

The broadcasts typically include popular South Korean songs, world news and information about the poor economic and human rights conditions in the North.

Earlier Monday, South Korea's defense minister visited the area and criticized Pyongyang for firing across and physically crossing the border in pursuit of the defector, a violation of the armistice that ended the Korean War.