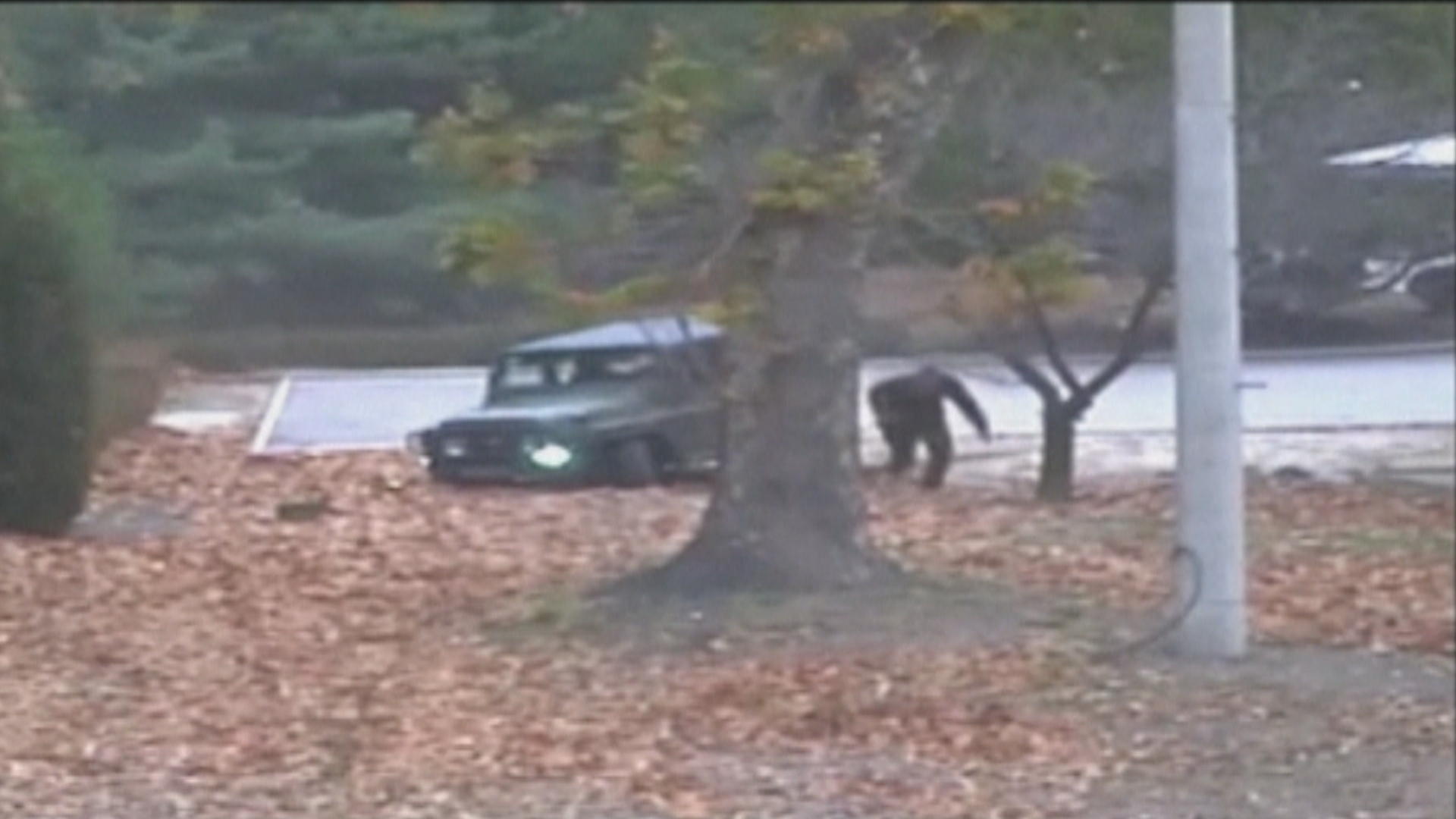 The North Korean regime of Kim Jong Un has not said anything about the dramatic escape of one of its soldiers, who ran across the border into South Korea.

Most North Korean defectors head north and cross the border into China. Trying to escape by crossing the heavily-armed border with South Korea is considered a suicide mission, but this soldier survived, and may now provide some valuable information, reports CBS News correspondent Ben Tracy.

We don't yet know the identity of the North Korean soldier who daringly drove his army jeep to the border and then ran for his life. His former comrades fired off 40 shots, hitting him at least five times.

South Korean trauma surgeon Lee Cook-Jong operated on the soldier and says he found dozens of parasitic worms in his digestive tract, as well as uncooked corn; a sign of malnutrition.

The soldier is 24 years old, but at just 5 feet 5 inches and weighing 132 pounds, he is significantly smaller than an average 18-year-old in South Korea. Doctors have reportedly diagnosed him with tuberculosis and hepatitis B.

Last April, CBS News visited North Korea as it staged one of its elaborate military parades. Many of the soldiers we saw looked more like children -- likely the result of a brutal famine in the North during the 1990s.

South Korean intelligence officials will now want to question the defector about his escape, hoping he may provide a glimpse into Kim Jong Un's reclusive regime and information about whether recent United Nations sanctions are taking a toll.

"He would be questioned to see how legitimately he might be a real defector or is this actually not the case," said Suki Kim, who worked undercover as a teacher in North Korea for six months and has written extensively about defectors. She thinks this kind of escape is so rare and over the top, it could have been a setup by North Korea. She believes the North might have orchestrated it to try and create an incident with South Korea, using the soldier as a pawn.

"If North Korea government staged this dramatic, great escape, that really reeks of a Hollywood film – which in some way would not be that surprising – I think one thing I have learned by following North Korea for a decade and living there is that almost everybody's a victim. They are just serving the 'great leader.'"