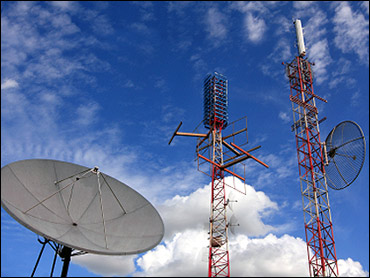 Nokia Siemens Networks will acquire the majority of Motorola's wireless operations for $1.2 billion — in a major thrust to gain a stronger foothold worldwide, the company said Monday.

The Finland-based company said the deal is "expected to significantly strengthen Nokia Siemens Networks' presence globally, particularly in the United States and Japan."

Nokia Siemens said it will "gain incumbent relationships with more than 50 operators," including top American wireless carriers and cable companies, including Verizon Wireless and Sprint Nextel Corp. It will also improve its position with China Mobile, Clearwire, KDDI, Sprint and Vodafone.

The new contract, expected to be completed by year-end, would improve profitability and "have significant upside potential," Nokia Siemens said.

The deal is a step in the process of breaking up Schaumburg, Ill.-based Motorola. The company has planned for years to spin off the cell phone division, but steep losses in the unit have forced it to postpone the move. It's now scheduled for the first quarter of next year.

The handset division, to be called Motorola Mobility, will take with it the division that makes cable set-top boxes.

That will leave Motorola Solutions, the remainder, focused on government and corporate clients, with products like police radios and bar-code scanners. It's also keeping one part of its wireless network portfolio: the division that makes iDEN equipment, used in the Nextel part of Sprint Nextel Corp.'s network. Motorola invented that technology and is the dominant supplier of equipment.

Its push-to-talk feature is appreciated by dispatchers and work crews, but has been overshadowed in the mainstream by other technologies that provide broadband data speeds.

Nokia Siemens CEO Rajeev Suri described the deal as an "exciting acquisition ... with significant benefits for customers, employees and our shareholders."

"Motorola's current customers will continue to get world-class support for their installed base and a clear path for transitioning to next generation technologies while employees will join an industry leader with global scale and reach," Suri said.

Parent company Nokia shares were trading up 1.4 percent at euro6.86 ($8.92) in afternoon trading in Helsinki.