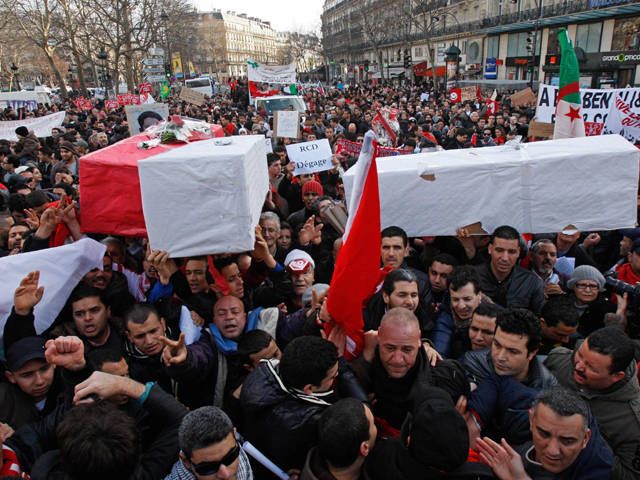 OSLO, Norway -- A Tunisian democracy group won the Nobel Peace Prize on Friday for its contributions to the first and most successful Arab Spring movement.

The Norwegian Nobel Committee cited the Tunisian National Dialogue Quartet "for its decisive contribution to the building of a pluralistic democracy" in the North African country following its 2011 revolution.

"It established an alternative, peaceful political process at a time when the country was on the brink of civil war," the committee said in its citation.

The prize is a huge victory for small Tunisia, whose young and still shaky democracy suffered two extremist attacks this year that killed 60 people and devastated the tourism industry.

The National Dialogue Quartet is made up of four key organizations in Tunisian civil society: the Tunisian General Labour Union; the Tunisian Confederation of Industry, Trade and Handicrafts; the Tunisian Human Rights League; and the Tunisian Order of Lawyers.

"The Nobel Peace Prize for 2015 is awarded to this Quartet, not to the four individual organizations as such," the committee said.

The award capped a week of Nobel Prize announcements, with the winners of the medicine, physics, chemistry and literature awards presented earlier in Stockholm.

The economics award -- not an original Nobel Prize but created in 1968 -- will be announced on Monday.