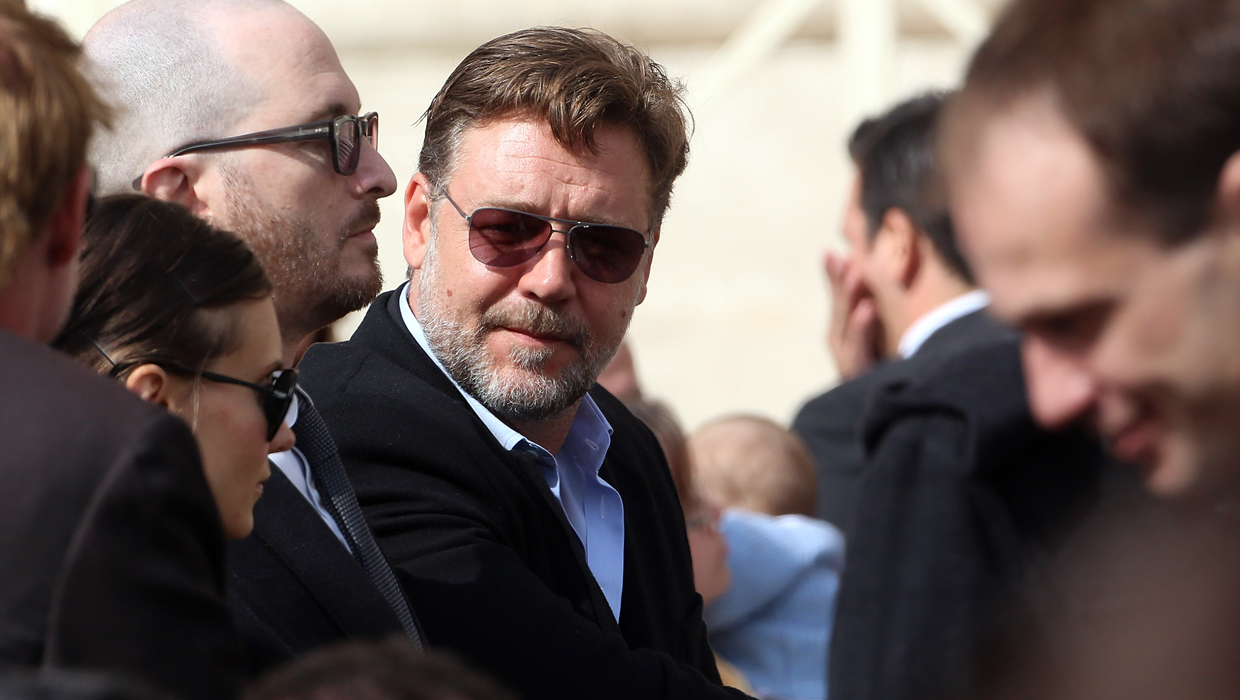 Russell Crowe, director Darren Aronofsky and other members of a delegation from the Biblical epic "Noah" briefly met with Pope Francis at the Vatican.

The meeting took place during the pontiff's weekly general audience on Wednesday morning in St. Peter's Square. Crowe shook hands with the pope during the gathering, CBS News confirms.

Universal Studios, which is releasing the film in Italy, confirmed the meeting took place, according to The Hollywood Reporter. Paramount Pictures also said the delegation, which included producer Scott Franklin and studio vice chairman Rob Moore, "went to hear Wednesday's address by the Holy Father Pope Francis at his weekly address in St. Peter's Square."

Aronofsky said in a statement: "Pope Francis' comments on stewardship and our responsibility to the natural world are inspirational and of the utmost importance. When the opportunity to hear him speak in person on the anniversary of his first year in office I couldn't miss the chance to listen and learn."

Crowe, who plays the prophet of the film's title, tweeted Wednesday about the event:

There had been conflicting reports in recent days on if and when a meeting between the "Noah" team and the pope was going to take place.

"Noah" has been met with criticism from some religious groups for taking too many liberties with the Biblical tale of the flood and Noah's Ark, and has already been banned by censors in some Muslim countries for depicting a prophet.

The film opens in theaters on March 28.