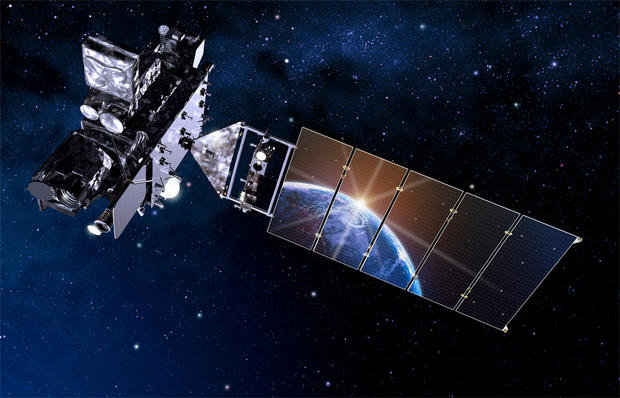 Engineers are studying a significant cooling problem with the primary imaging system aboard the recently launched GOES-17 weather satellite that is limiting infrared observations critical to forecasting, officials said Wednesday.

"This is a serious problem," said Steve Volz, assistant administrator of the National Oceanic and Atmospheric Administration's satellite and information service.

"This is the premier Earth-pointing instrument on the GOES platform, and 16 channels, of which 13 are infrared or near-infrared, are important elements of our observing requirements. If they are not functioning fully, it is a loss. It is a performance issue we have to address."

The ABI's detectors are sensitive to 16 spectral channels, three in the visible light spectrum and 13 at infrared wavelengths. The visible light channels in the GOES-17 ABI are working normally, but problems with a cooling system are limiting infrared observations when the satellite's orbit allows sunlight to fall directly on the instrument.

That works out to about 12 hours a day, worst case.

"The worst-case scenario does not mean we don't have any channels in infrared," Volz said. "We are getting degraded performance on the infrared and near-infrared channels, not zero performance, but degraded. We're trying to assess what exactly the performance is.

"The visible (channels) are working quite well. We still have a highly capable, functioning spacecraft and mission, even under the current operating conditions."

He said a team of experts from NOAA, NASA, Harris Corp., the instrument's builder, and others are "aggressively investigating this issue and looking at several options to correct the problem."

"If efforts to restore the cooling system are not successful, we are looking at alternative concepts and different modes to maximize the operational utility of this ABI for NOAA's National Weather Service and other customers going forward."

NOAA is spending $11 billion on the new GOES satellites, their rockets and launch services, along with major upgrades to ground systems and data analysis infrastructure. Each satellite is valued at around $500 million, not counting development costs.

Built by Lockheed Martin Space Systems, the new GOES satellites feature the advanced high-resolution camera, a sensitive magnetometer, an ultraviolet X-ray sensor to measure solar radiation, an ultraviolet imager to constantly monitor the sun and sensors to measure charged particles from the sun that can affect communications and navigation.

The satellites also are equipped with lightning mappers that can snap photos of lightning fields in the western hemisphere about 200 times a second.

But the Advanced Baseline Imager is the star of the show, and its infrared imagery is critical to forecasters.

The ABI's cooling system, known as a cryocooler, is designed to dissipate heat buildups by pumping propylene through an evaporator, where heat turns the coolant into a gas, and out through a radiator that is exposed to the cold of space. The chilled propylene then turns back into a liquid and is routed back to the evaporator.

The system is designed to cool the instrument's infrared detectors to 60 degrees above absolute zero, or minus 350 degrees Fahrenheit.

"What we're seeing on 17 is that we can only achieve that operating temperature about half of the day, and that's because, over the course of the orbit, we see different thermal conditions, different sun conditions that change how hot the instrument gets," said Pam Sullivan, a GOES project manager at NAA's Goddard Space Flight Center.

"During the hot part of the orbit, the thermal load increases to the point that we're not able to cool the detectors down."

The instrument was built by Harris Corp. and identical cameras are working normally on board the GOES-16 satellite, launched in November 2016, and on board two Japanese satellites.

"It's obviously not what you want to see," Volz said. "It is deflating ... given the dramatic success that GOES-16 was, as well as Himawari 8 and 9. We expected the same performance, and we still hope for that. But it is a little bit upsetting to see this happen."

NOAA operates four GOES weather satellites to provide the hemispheric views familiar from nightly newscasts, along with vast amounts of data that are used by meteorologists to track hurricanes and major storm systems and to generate the forecasts millions rely on.

GOES-16 was the first of the four upgraded satellites to reach orbit. It is positioned above the equator at 75 degrees west longitude -- the GOES-East slot -- and covers the Eastern United States and the Atlantic Ocean all the way to western Africa.

GOES-17 eventually will replace GOES-15 in the GOES-West orbital slot at 137 degrees west longitude. GOES-15 then will join another older satellite, GOES-14, serving as on-orbit spares.

Sullivan said engineers are leaving no stone unturned troubleshooting the GOES-17 cooling system problem and that it's too early to tell whether it can be fixed or whether some other work-around might be possible.

"People have dug in, we're not even close to out of ideas," Sullivan said. "There are lots of lines of inquiry ... and also a lot of work about what can we do to improve the situation even if the thermal performance doesn't improve. There are other changes that we could make operationally that could mitigate this."