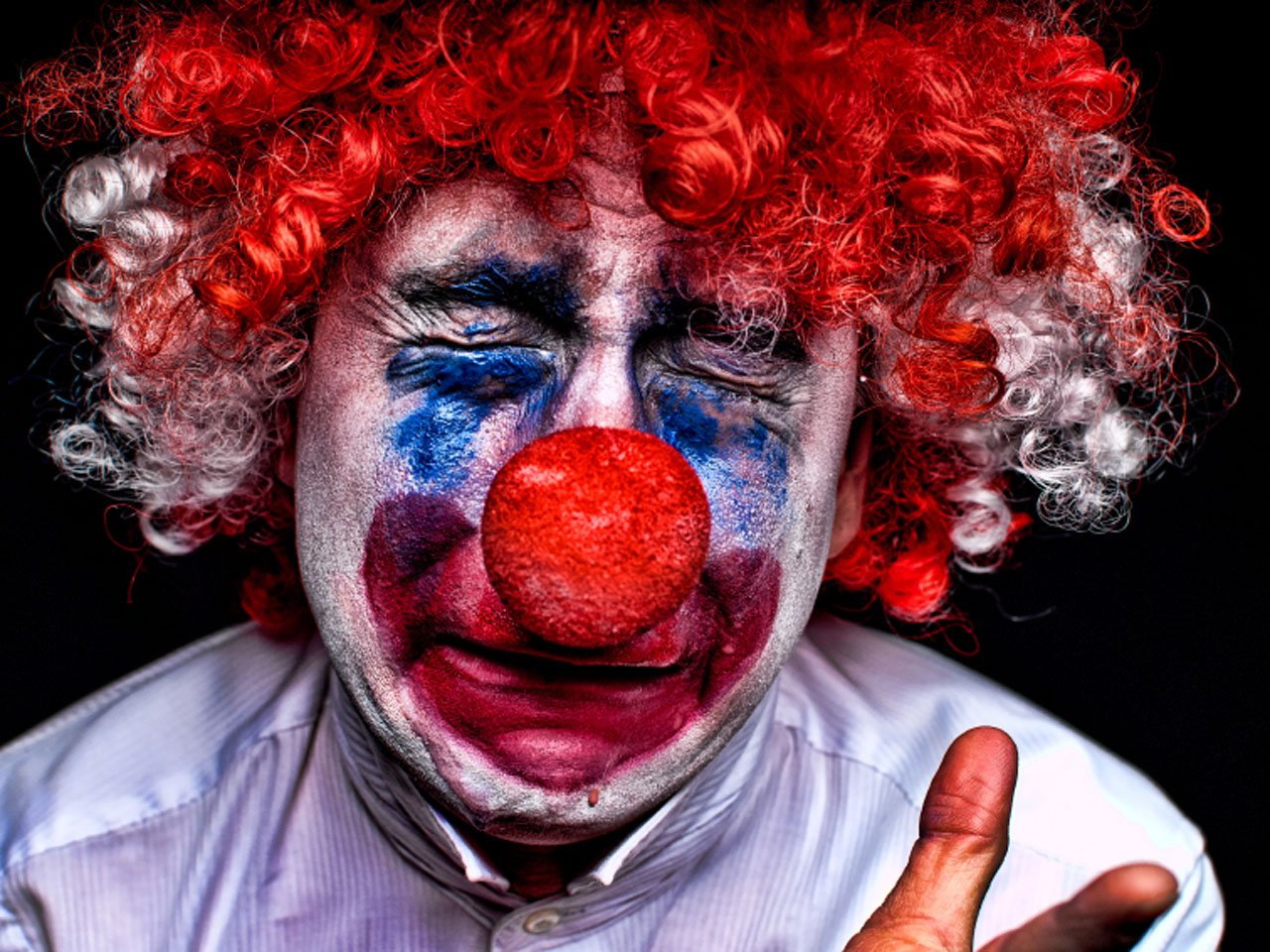 There’s a serious issue looming for children’s parties and circuses -- a clown shortage that threatens to make the red-nosed buffoons an endangered species.

The largest U.S. trade group for clowns, the World Clown Association, tells the New York Daily News that its membership has plunged by almost one-third, hitting 2,500 members, down from 3,500 a decade ago. Most of the group’s members are over 40, and many older clowns are passing away, the organization said.

Clowning has some major image issues to deal with, thanks to Stephen King’s “It” and  serial killer John Wayne Gacy, who performed as “Pogo” the clown. And then there’s the pay. While top performers at Cirque du Soleil can earn as much as $200,000, a typical clown may be pulling in as little as $15 an hour at children’s parties. Working from gig to gig might not appeal to 20-somethings who also have college  loans to pay off, although street performing and other gigs can end up being fairly lucrative.

“For me, I always had a high-profit margin (good paying gigs and very little expenses),” Brad Reason, a graduate of the Ringling Brothers and Barnum & Bailey’s clown college wrote in a Reddit Ask Me Anything forum in 2012. “The most I've been paid to be a clown is $200 an hour.”

There’s not much data available on clown salaries, with Glassdoor offering one data point for for a Ringling Bros. and Barnum & Bailey clown. The range was $85,000 to $92,000. Rodeo clowns, a subset of jokesters who distract bulls so riders can get away from them, earn about $51,000 a year.

But there’s also a major shift within the clowning industry.

Once, clowns were clearly identified by their frizzy, colorful wigs and face makeup, but many of today’s best known (and top earning) clowns eschew the loud get-ups in favor of more tastefully silly touches.

Take Barry Lubin, who earned legions of fans for Grandma, his grey-haired old-lady clown who never failed to get a big laugh at the Big Apple Circus. Grandma preferred a housedress, sensible shoes and a small red nose in which to undertake her silly antics. Lubin, who retired Grandma in 2012, was one of the clown world’s top performers. He and other top clowns helped break the creepy clown mold, like Bill Irwin, who may be better known to kids and younger adults as Mr. Noodle from “Sesame Street.”

The punchline is that the clowning industry has raised the bar, which makes for more interesting performances, but also means that employers have higher standards, the Daily News notes.

“‘The clown in its original form is done and dead,” noted Reason on Reddit. “The clown image is horribly outdated. Not only that, it’s ta  rnished by childhood horror too.”