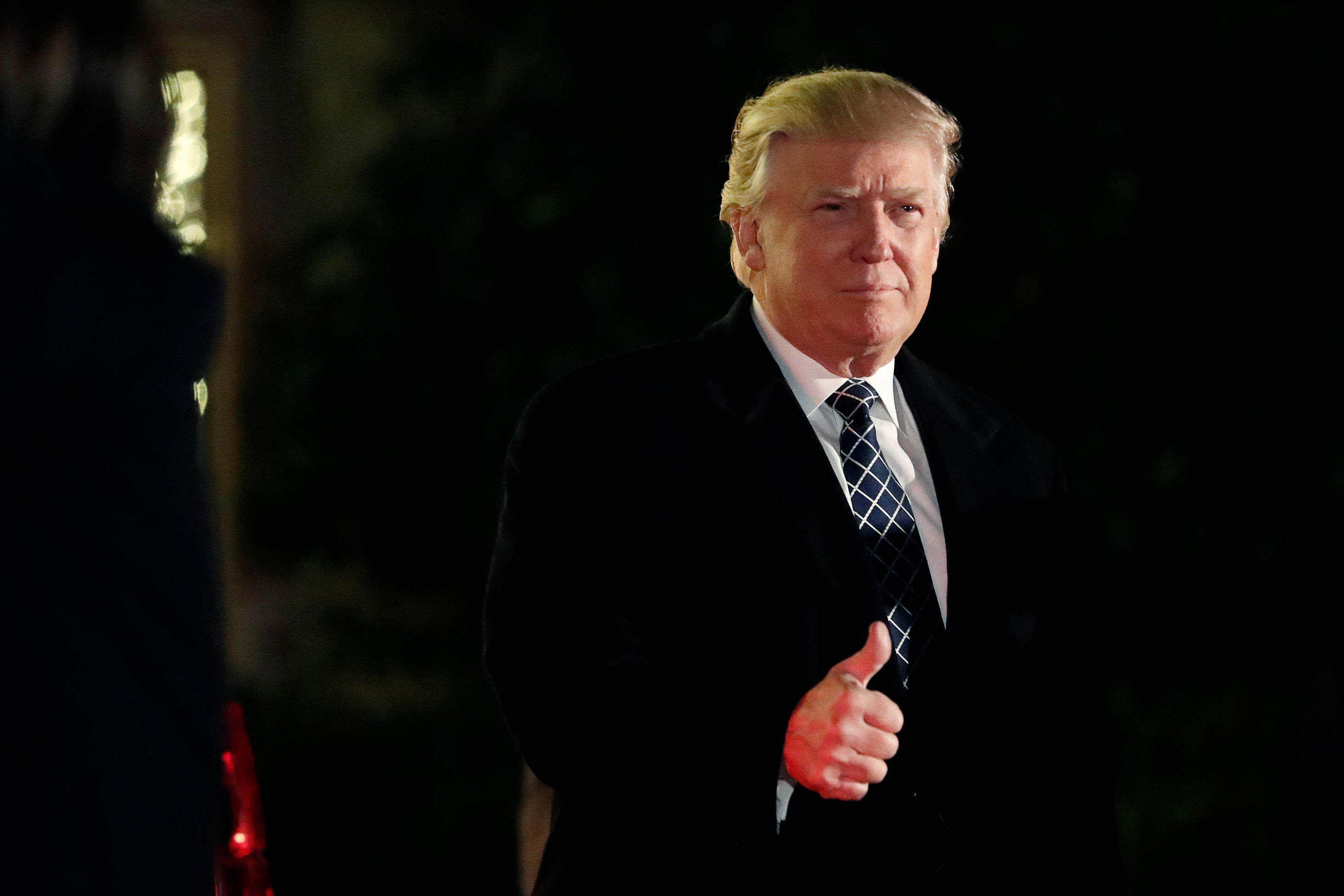 The search for secretary of state continues, as no consensus has emerged among top Trump transition advisers. Former Utah Gov. Jon Huntsman, Sen. Joe Manchin, D-West Virginia, and Exxon Chairman Rex Tillerson have been added to the list of contenders, though at this point they should not be considered genuinely serious contenders.

“There are names on the list but some names are more serious than others,” a top transition official told me.

The “serious” names on the list remain former New York Mayor Rudy Giuliani, 2012 GOP nominee and former Massachusetts Gov. Mitt Romney and former CIA Director Gen. David Petraeus (ret.). Sen. Bob Corker, R-Tennessee, is in the mix, too, but he’s on the outer edges of intense consideration. But even that list is subject to alterations.

The most interesting development in the State merry-go-round is the re-emergence of former U.S. ambassador to the United Nations John Bolton. Sources close to the transition tell me Bolton – initially boxed out of consideration – has moved back into contention due to his foreign policy experience, his pro-Trump advocacy during the campaign and his sharp-elbows approach to diplomacy. Bolton has always had supporters on the transition team and up-and-downs that have befallen Giuliani, Romney and Petraeus have given him new life and a possible opening, the sources said.

Trump’s willingness to accept the phone call from Taiwanese President Tsai Ing-Wen, something his transition team helped engineer days before the conversation, fits within Bolton’s view of harder-edged projection of U.S. power. There’s nothing to suggest Bolton had anything to do with the Taiwan call, which has drawn three days of scrutiny and commentary, but it does fit within his general world view that U.S. diplomacy is better served by tough defense of its allies and engagement with those nations the U.S. views as adversaries or competitors.

The decision on State is holding up one and possibly two other high-profile selections – Homeland Security secretary and director of national intelligence (DNI). Petraeus, as we have previously reported, is under consideration for DNI as is retiring Indiana Sen. Dan Coats. Petraeus may have to accept DNI as something of a consolation prize if he falls out of the State Department derby because of concerns within the transition about having three former retired generals in top posts: retired Army Gen. Mike Flynn as national security adviser and retired Marine Corps Gen. James Maddis as defense secretary.

This process of settling on a nominee for the highest-ranked cabinet position has become a means of bringing people into a conversation with the incoming Trump administration for longer-term reasons than the nomination itself. That’s likely a strong part of the motivation for the conversations with Corker, Manchin and Huntsman.

Manchin, however, is also under consideration for energy secretary. He’s up for re-election in 2018, but will feel the tug from the president-elect to either join the cabinet or be an ally in the coming debates over the Supreme Court nominee, as well as economic, energy and social policy. Mr. Trump won West Virginia with overwhelming numbers -- he captured 68.6 percent of the vote, and he won every single one of the state’s 55 counties -- all but three with over 60 percent or more of the vote.

Rep. Mick Mulvaney, R-South Carolina, is under serious consideration as director of the Office of Management and Budget (OMB). Mulvaney is a member of the three most conservative House GOP groups – the Republican Study Committee, Freedom Caucus and Tea Party Caucus. He opposed the budget deal Rep. Paul Ryan negotiated in 2013 with Sen. Patty Murray, Washington Democrat and would be considered a very hard line budget hawk if thrust into the OMB role.

Rep. Cathy McMorris Rodgers, R-Washington, remains a contender for interior or labor secretary. She’s in the upper echelon of those being considered for both posts.