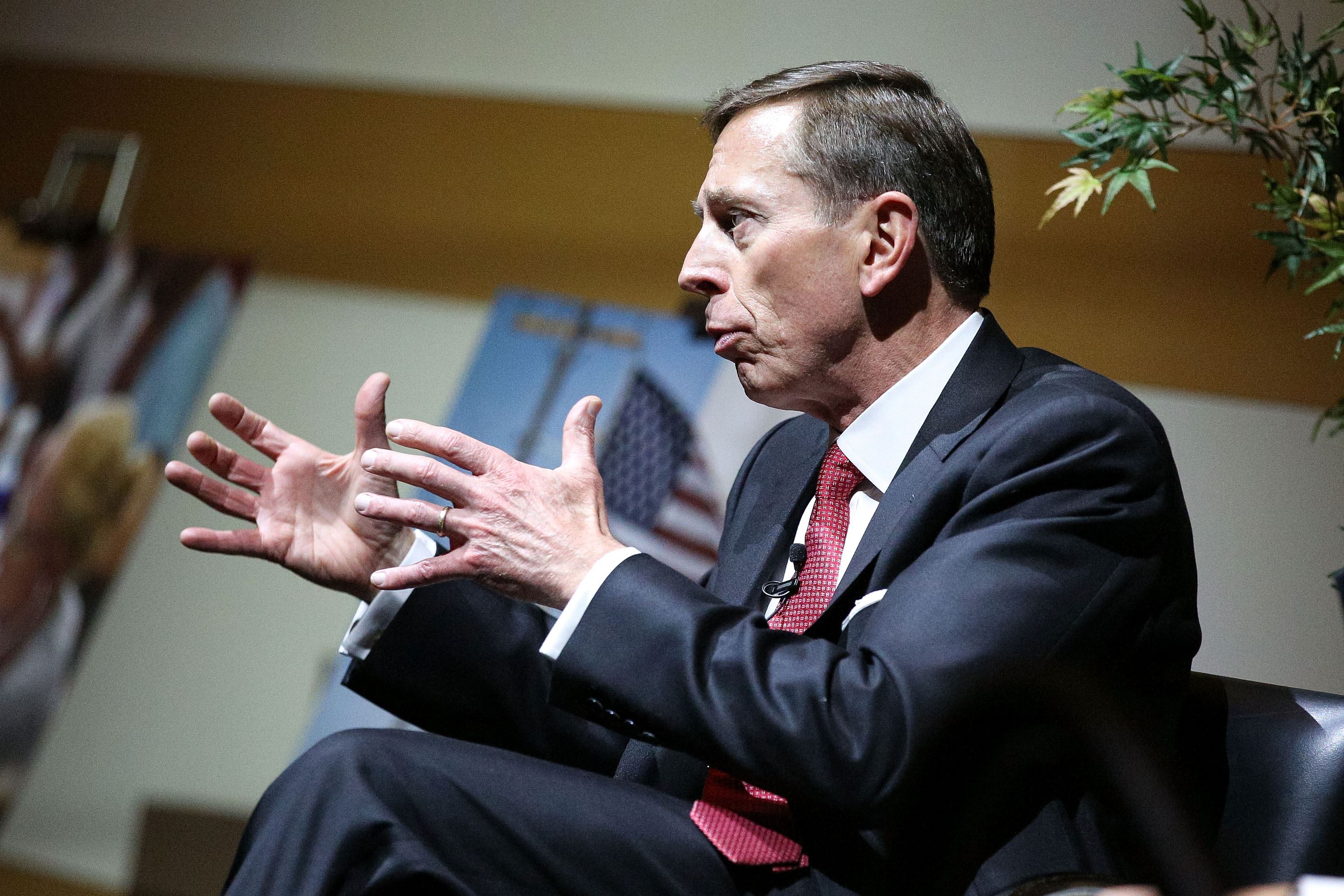 Petraeus told reporters at Trump Tower that he met with the president-elect “for about an hour” and “the meeting went very well.”

“He basically walked us around the world,” Petraeus said. “Showed a great grasp of a variety of the challenges that are out there and some of the opportunities as well. So, a very good conversation and we’ll see where it goes from here.”

For his part, Mr. Trump declared he was “very impressed!”

That Romney, who was one of the loudest #NeverTrump voices during the presidential campaign, remains a top contender for the job is a source of contention among Mr. Trump’s advisers, especially Kellyanne Conway, who has been publicly critical of Romney over the past few days.

“We don’t even know if he voted for Donald Trump. He and his consultants were nothing but awful to Donald Trump for a year,” she said on ABC’s “This Week.”

On CNN, Conway cast doubt on his foreign policy expertise. “I mean has he been around the globe doing something on behalf of the United States, of which we’re unaware?” she said. “With -- did he go and intervene in Syria, where they’re having a massive humanitarian crisis, meaning, when I say intervene, like offer to help? Has he been helpful to Mr. Netanyahu?”

Choosing Petraeus, whose resume includes leading U.S. Central Command, directing U.S. forces in Iraq and Afghanistan and the CIA directorship, would be in line with Mr. Trump’s promise to increase the strength of the U.S. military.

He resigned from his post at the CIA in 2012 after a scandal involving an extramarital affair and the improper handling of classified information, for which he was given two years probation and fined $100,000.

Petraeus told BBC Radio 4 last week that if Mr. Trump asked him to join his Cabinet, “the only response can be: ‘Yes, Mr. President.’”