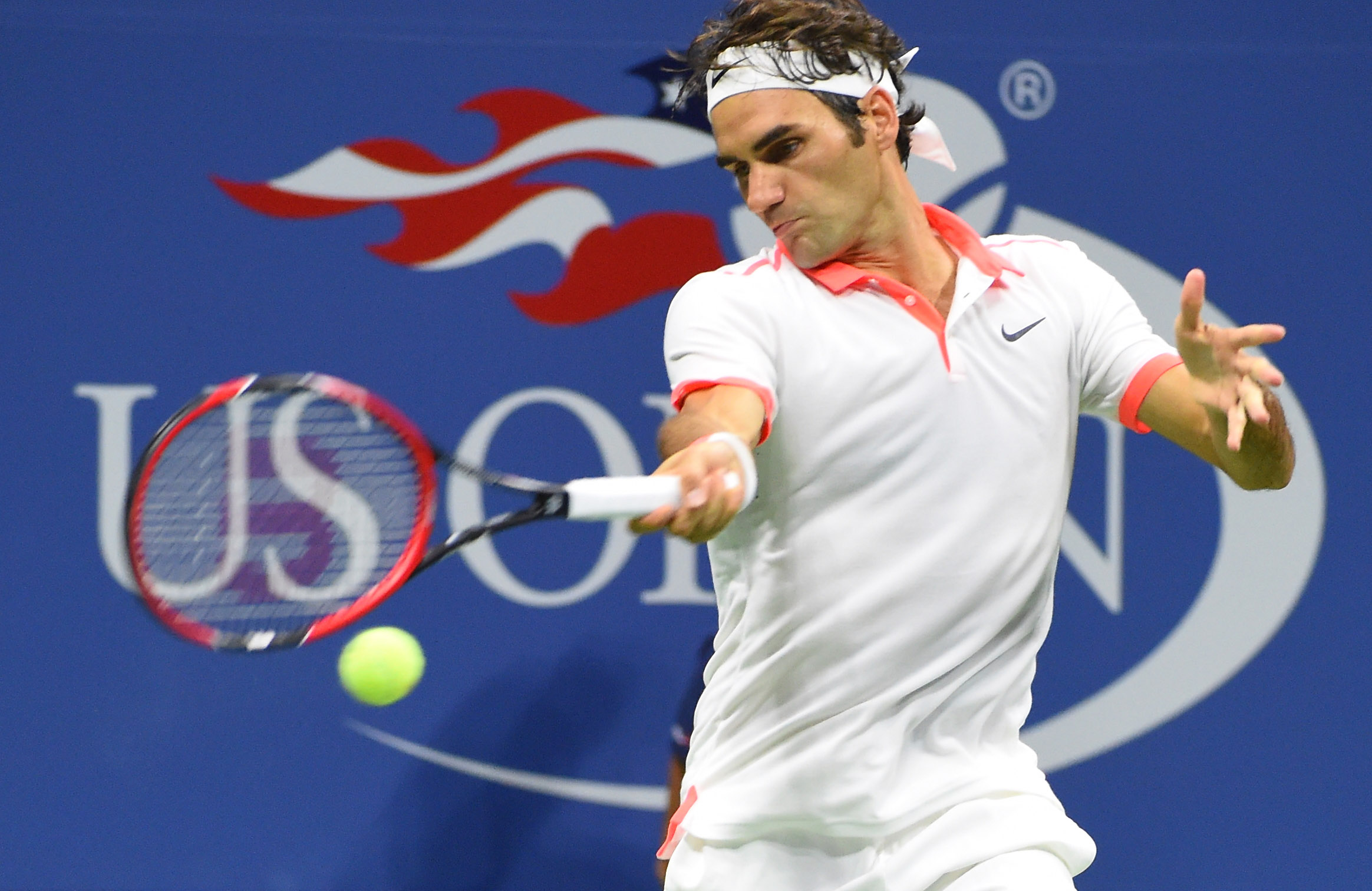 NEW YORK -- Roger Federer is 34. It's been more than three years since he won a Grand Slam title. He's been considered past his prime for quite some time.

And he might just be playing some of the top tennis of his career at the moment.

Federer moved into his first U.S. Open final since 2009 with the latest in a string of dominating performances, overwhelming longtime pal and Swiss Olympic and Davis Cup teammate Stan Wawrinka 6-4, 6-3, 6-1 on Friday night.

"Tried very hard in the last six years to get back in another final," Federer said. "Came close a few times."

As for the quality of his play over the past two weeks -- he has won all 18 sets he's played and been broken only twice -- Federer said: "It's definitely very good, maybe my best, I'm not sure. I'm serving very well. I'm playing positive tennis. I'm going for my shots, and it seems to work. I'd love it to work just one more time."

Against Wawrinka, Federer saved all four break points he faced, won a "did-I-read-that-right?" 80 percent of his first serve points and limited himself to only 17 unforced errors.

Believe it or not, the other men's match Friday was even less competitive: Novak Djokovic beat defending champion Marin Cilic 6-0, 6-1, 6-2, the most lopsided semifinal in New York in the Open era, which started in 1968. Cilic was hampered by a right ankle injury he picked up in the fourth round.

Those results set up a blockbuster for Sunday's final: No. 1 Djokovic, owner of nine major titles, against No. 2 Federer, owner of a record 17.

"I like that challenge," Federer said, "and I'll be ready for it."

It is their 42nd career matchup overall, with Federer winning 21, including their most recent, on a hard court last month at the Cincinnati Masters. This will be their sixth meeting of 2015, all in finals, and Djokovic has won four of those, including the Wimbledon final two months ago.

On the same day that Serena Williams' bid for a calendar-year Grand Slam ended with a semifinal loss to Roberta Vinci, Djokovic made it to his fourth major final of the year. He won the Australian Open in January, lost to Warinka at the French Open in June, and won Wimbledon in July.

For Djokovic, it's his sixth trip to the final at Flushing Meadows. So far, though, he is 1-4, with his lone U.S. Open title coming in 2011.