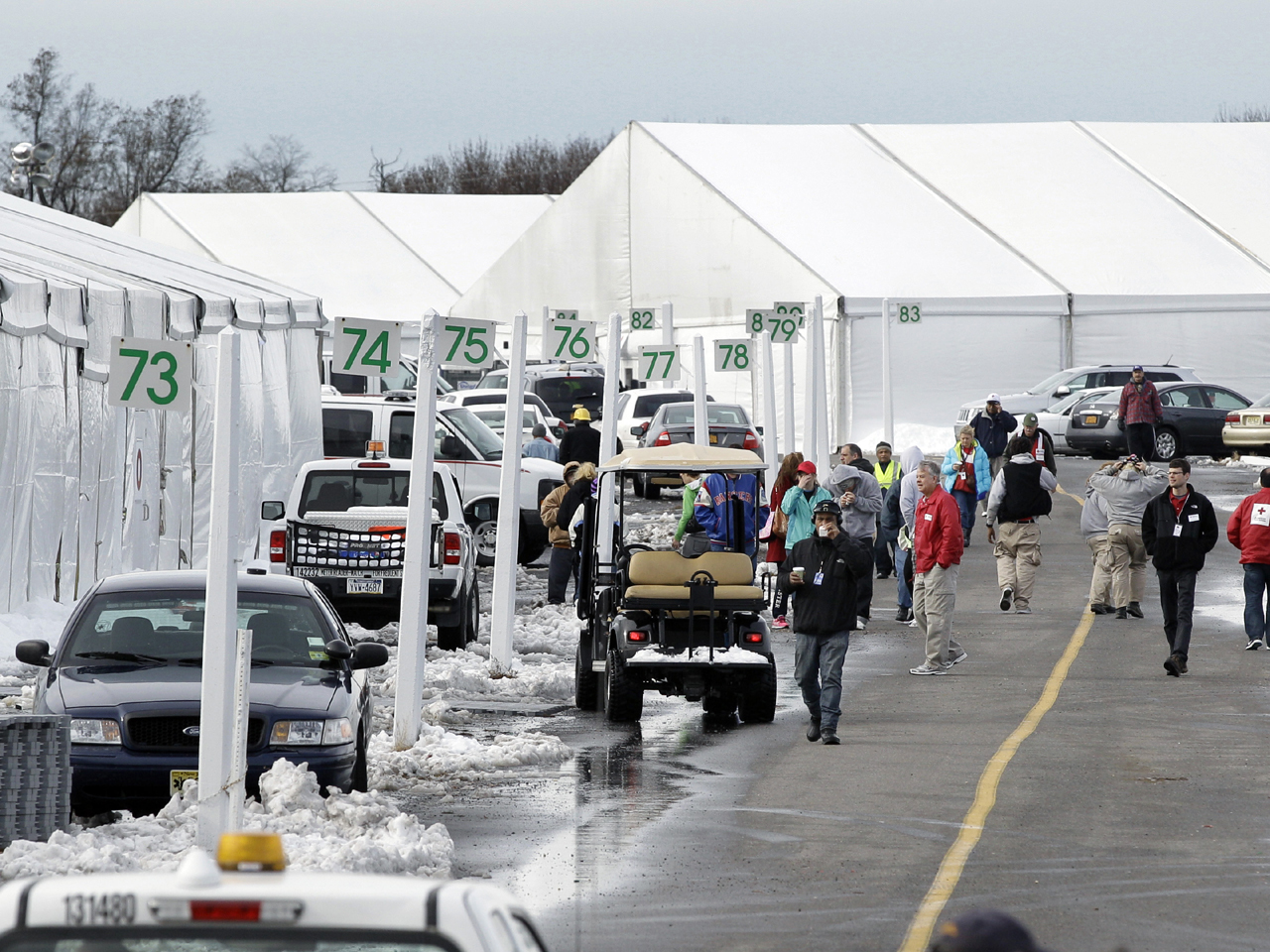 OCEANPORT, N.J. The state of New Jersey on Friday decided to move about 200 storm evacuees in a large tent shelter after photos taken by one of the evacuees showed a shelter resident bundled in a blanket pulled over her head and others in winter coats, including a child in a stroller.

A spokeswoman for the Department of Human Services said the space built for 2,000 on the grounds of Monmouth Park racetrack was too big for the relatively small number of evacuees, and it appears that the shelter will be taken down sooner than expected.

Human Services spokeswoman Nicole Brossoie told The Associated Press on Friday that the people who have been staying there since Wednesday will move Saturday to the clubhouse at the racetrack.

She said about 130 people staying in shelters in Ocean County were also being moved to the clubhouse on Friday.

She said that crisis mental health counselors would join Federal Emergency Management Agency officials and other service providers in the clubhouse.

The photos that attracted attention to conditions at the tent complex were taken Wednesday by Brian Sotelo, a Seaside Heights resident evacuated to the shelter, and shared with the Asbury Park Press, the newspaper reported Friday.

Sotelo told the newspaper it was so cold in the tent Wednesday night that evacuees could see their breath.

The tent complex was set up to house thousands of out-of-state utility workers, as well as law enforcement officers helping in the recovery from Superstorm Sandy. This week, the state said some evacuees also had to be moved to the tent shelter because buildings where they were being housed had to revert to their normal use. The evacuees are being housed separately from the utility workers and police.

Brossoie said the state had hoped to bus the evacuees to the new shelter before a nor'easter hit Wednesday, but was unable to do so. As a result, she said, it was wet and cold when the people arrived at the heated tent complex.

If the photo inside the tent of a woman bundled up with a blanket over her head was taken the first day, "it is completely understandable," she said.

The newspaper said it did not know the time of day the photo was taken. The high temperature Wednesday in Oceanport was 44, the low 32.

Brossoie said extra heaters were brought in the first day when it was found the tent was not warm enough.

The huge sleeping tent at the complex has a hard floor. A separate tent houses showers in trailers and portable toilets, she said, and a third serves as a cafeteria. Another tent has a lounge area and charging station.

Reporters are barred from entering the complex.

The state did receive complaints about the shelter, Brossoie said, and conducted an inspection Thursday, when she said the temperature inside the tent was 68.

"We felt good leaving yesterday about the accommodations," she said.

Most power in the state is expected to be restored by this weekend.