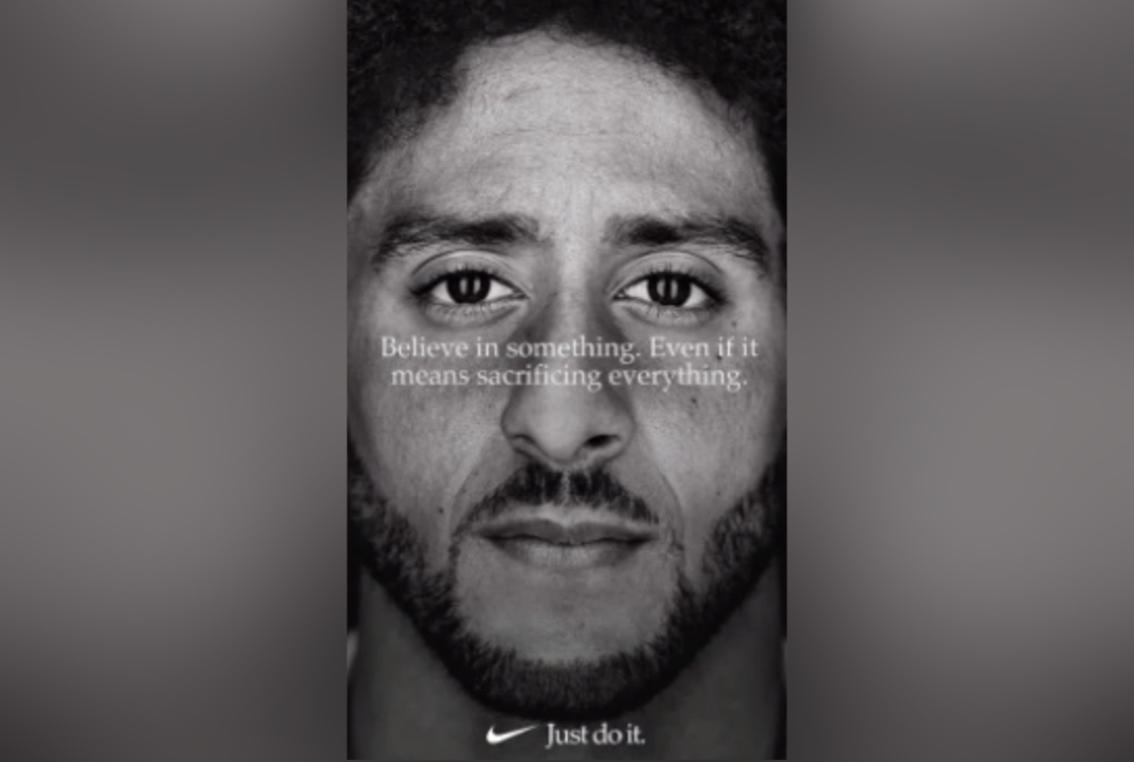 Nike aired its first "Just Do It" ad, narrated by Colin Kaepernick, during Thursday night's NFL season opener between the Atlanta Falcons and Philadelphia Eagles. The ad created a buzz online when Nike dropped on social media Wednesday. It was the first commercial break of the third quarter, running the entire two minutes.

The spot is part of Nike's "Dream Crazy" marketing campaign, which rolled out on the company's social feeds Wednesday and will air this week during the U.S. Open tennis tournament, as well as during Major League Baseball and college football games. It also will run online across various music, gaming and entertainment platforms, Nike said.

President Trump on Wednesday criticized Nike, blasting the sports giant and the NFL in a tweet. "Just like the NFL, whose ratings have gone WAY DOWN, Nike is getting absolutely killed with anger and boycotts," he said on Twitter.

The company's stock price has dipped since some customers burned and defaced their Nike shoes in protest over the Kaepernick ad, but overall the shares are up nearly 28 percent this year.

The two-minute spot released Wednesday highlights superstar athletes LeBron James, Serena Williams and others, and touches on the controversy of NFL players protesting racial inequality, police brutality and other issues by demonstrating during the national anthem.

Kaepernick narrates the full spot but first physically appears midway through. As a camera pans to reveal Kaepernick's face, a reflection of a United States flag is reflected on the facade of a building behind him.

Kaepernick says: "Believe in something, even if it means sacrificing everything."

The former 49ers quarterback is revealed as the narrator toward the end of the spot.

The spot's universal theme is about athletes pushing for bigger dreams. It features young athletes who compete amid various challenges, touching on issues of gender, disabilities and weight loss, among others.

Zombie super PACs: What happens to all that cash?