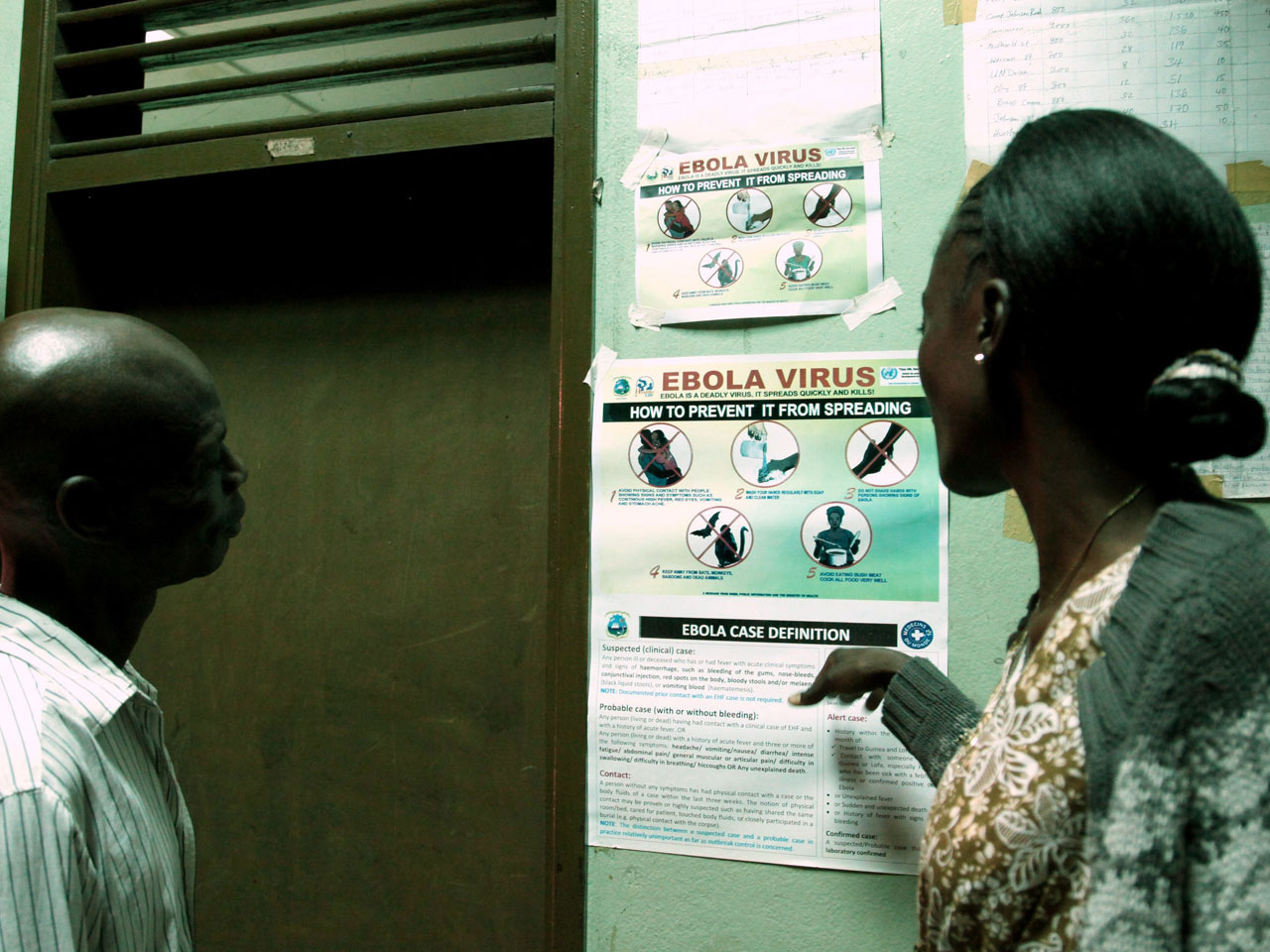 As has long been the fear, the man who died from Ebola after flying from Liberia to Nigeria spread the deadly virus there.

Patrick Sawyer was the first American known to have contracted the strain of Ebola causing the latest, record outbreak. He died from the disease July 25, days after arriving in Lagos, Africa's most populous city.

Officials have since scrambled to track down his fellow passengers, quarantining two of them so far, but they could not stop one of the doctors who treated him from getting it, Nigerian health officials said Monday.

"Three others who participated in that treatment who are currently symptomatic have had their samples taken and hopefully by the end of today we should have the results of their own test," Chukwu said.

The fast and so far unpredictable spread of the deadly scourge has begun to shake up West African culture. It means people here no longer shake hands when greeting each other. In taxi cabs where people used to cram onto the laps of others, drivers now can carry only four people or risk fines.

Plastic buckets are selling at a record pace to people who fill them with chlorine to disinfect their hands.

And Monday Liberian health authorities ordered that all Ebola victims must be cremated as the virus blamed for killing at least 887 people across West Africa shows no sign of slowing down. At least 17 bodies have been abandoned on Monrovia's streets in recent days, health officials say.

West Africa is experiencing the worst recorded Ebola outbreak in history, and the virus now has infiltrated three African capital cities. Never before has the disease with a fatality rate of at least 60 percent become so entrenched in urban population centers.

The situation is particularly dire in Liberia, where at least 156 people have succumbed to the disease, according to Doctors Without Borders.

Ebola is spread through contact with bodily fluids such as blood, sweat, vomit or feces. Contact with the bodies of victims is particularly dangerous as evidenced by the fact that many victims contracted the disease when touching bodies at traditional funerals.

The mandate to cremate victims comes amid rising community opposition to burials for fear of contamination. Over the weekend, health authorities encountered fierce resistance while trying to bury 22 bodies in Johnsonville, a township in the northwestern outskirts of Monrovia, the capital. Military police ultimately were called in to help restore order.

Some are looking for divine intervention. More than 100 women are fasting in central Monrovia. Dolphine Morris says prayer goes hand-in-hand with other preventative measures: "We Christian and Muslim women see this as a national venture - to pray and ask God to rid Liberia of Ebola."