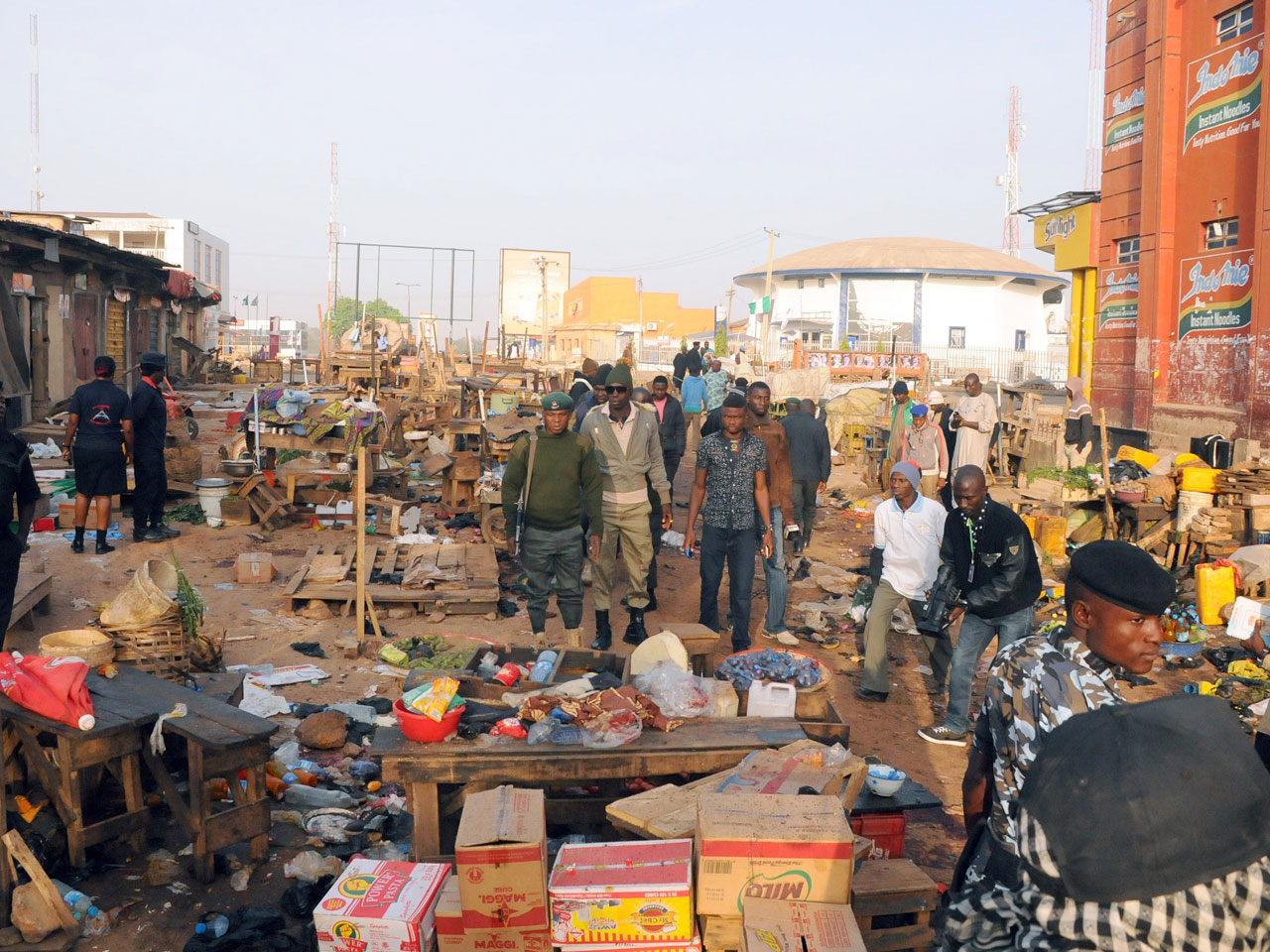 MAIDUGURI, Nigeria - A new video from Nigeria's home-grown Boko Haram extremists shows gunmen mowing down civilians lying face down in a dorm, and a leader saying they are being killed because they are "infidels" or non-believers.

There are so many corpses the gunmen have difficulty stepping to reach bodies still twitching with life. Most appear to be adult men.

"We have made sure the floor of this hall is turned red with blood, and this is how it is going to be in all future attacks and arrests of infidels," the group leader says in a message. "From now, killing, slaughtering, destructions and bombing will be our religious duty anywhere we invade."

The video released to journalists late Saturday comes two days after fleeing villagers reported that the extremists are rounding up elderly people and killing them in two schools in Gwoza, in northeast Nigeria.

The setting of the latest video appears to be a school, a long dormitory furnished with bunk beds which the leader says is in Bama, a town 40 miles north of Gwoza. Students and schools are frequently targeted by Boko Haram, which means "Western education is sinful" in the Hausa language.

Previously, the militants had told residents of villages and towns that they would kill only enemies and wanted people to live peacefully in the area they have dubbed an Islamic caliphate, a large swath along Nigeria's northeastern border with Cameroon that they have controlled for more than three months.

In the video, the leader notes that the prophet Mohammed advised prisoners should be held, not killed, but says "we felt this is not the right time for us to keep prisoners; that is why we will continue to see that the grounds are crimsoned with the flowing blood of prisoners."

He says some of those killed may call themselves Muslims, but are considered infidels by Boko Haram, a Sunni Jihadi group that imposes strict Shariah law.

Thousands of people have been killed and about 1.6 million driven from their homes in the 5-year insurgency that is spilling across borders into Cameroon, Chad and Niger.

Last week, extremists killed 35 people and kidnapped at least 185, fleeing residents said Thursday of an attack near the town where nearly 300 schoolgirls were taken hostage in April.

Last month, an official in Chibok said the extremists forced thousands of residents to flee the town.

The attack on Gumburi happened one week ago, said a security official and a local government officer, who insisted on anonymity because they were not authorized to speak to the press. The news took days to emerge because the militants have destroyed communications towers in the area.

Gumburi is 12 miles from Chibok, the northeastern town where extremists kidnapped 276 schoolgirls in April. Dozens of the students escaped but 219 remain missing.