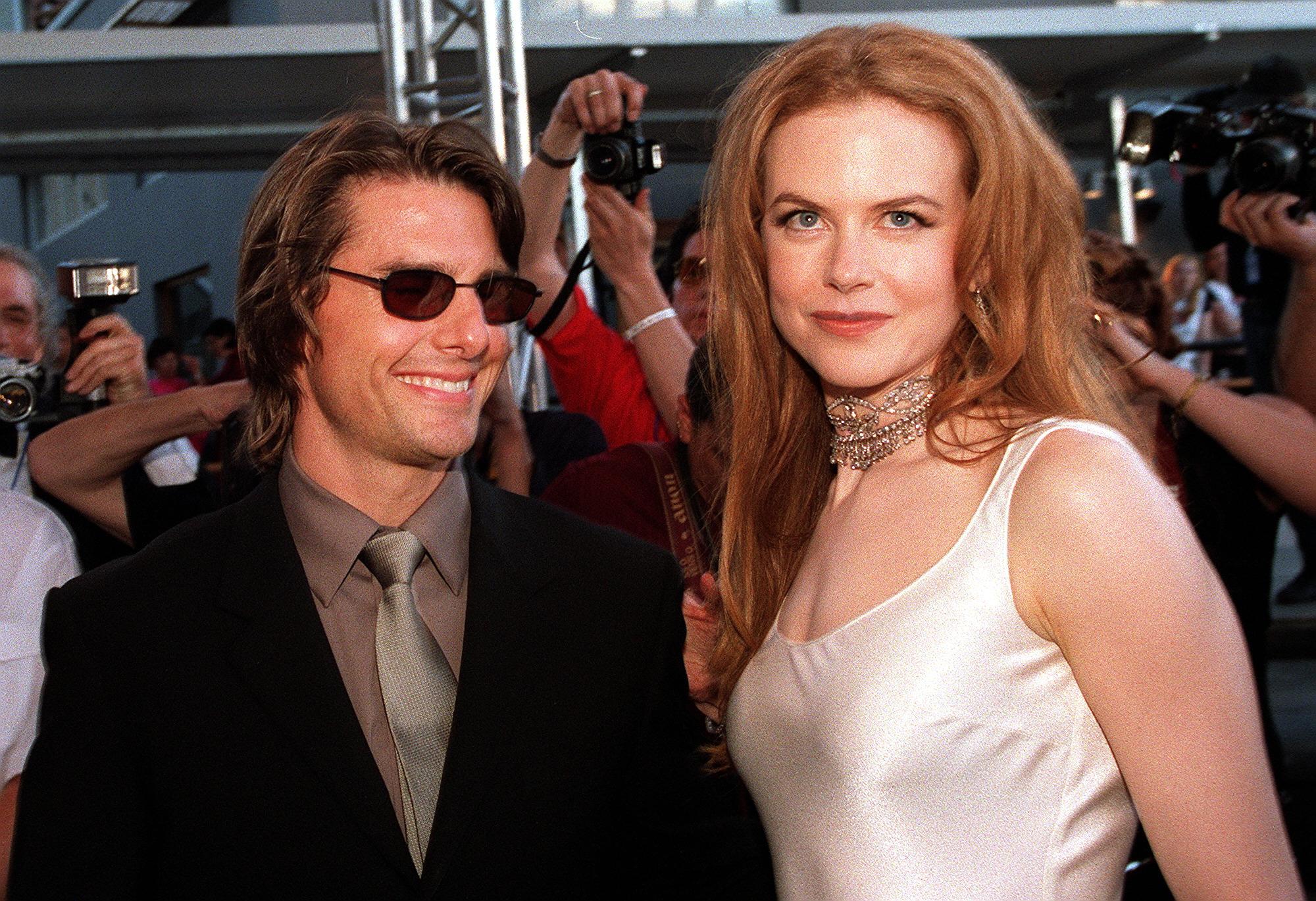 Nicole Kidman says in a new essay that though she does not like talking about her marriage to Tom Cruise, there were silver linings to the union that began in 1990 and ended in a tumultuous split in 2001. Kidman explained to New York Magazine, "Being married to Tom Cruise at 22 is something I'm always reluctant to talk about, because I'm married now to the man who is my great love [Keith Urban], and it almost feels disrespectful." Kidman and Urban wed in 2006.

However, Kidman said that being married to one of Hollywood's biggest actors helped shelter her from the industry's darker aspects. She said, "I got married very young, but it definitely wasn't power for me — it was protection. I married for love, but being married to an extremely powerful man kept me from being sexually harassed. I would work, but I was still very much cocooned."

But Kidman said the protection didn't last forever. "So when I came out of [the marriage] at 32, 33, it's almost like I had to grow up," she said. Kidman has said in the past about her divorce from Cruise, "I thought our life together was perfect. It took me a very long time to heal. It was a shock to my system."

The actress said she doesn't plan to talk openly about her experiences with sexual misconduct, saying, "Of course I've had #MeToo moments — since I was little! But do I want to expose them in an article? No. Do they come out in my work? Absolutely. I'm open and raw. I want to have my well of experience and emotion tapped into, used — and I'm not just talking about sexual harassment. I'm talking about loss, death, the full array of life. But it has to be by the right people so it's not abused again."

Kidman is currently working on a movie about former Fox News chief Roger Ailes and the sexual misconduct allegations that led to his ouster.