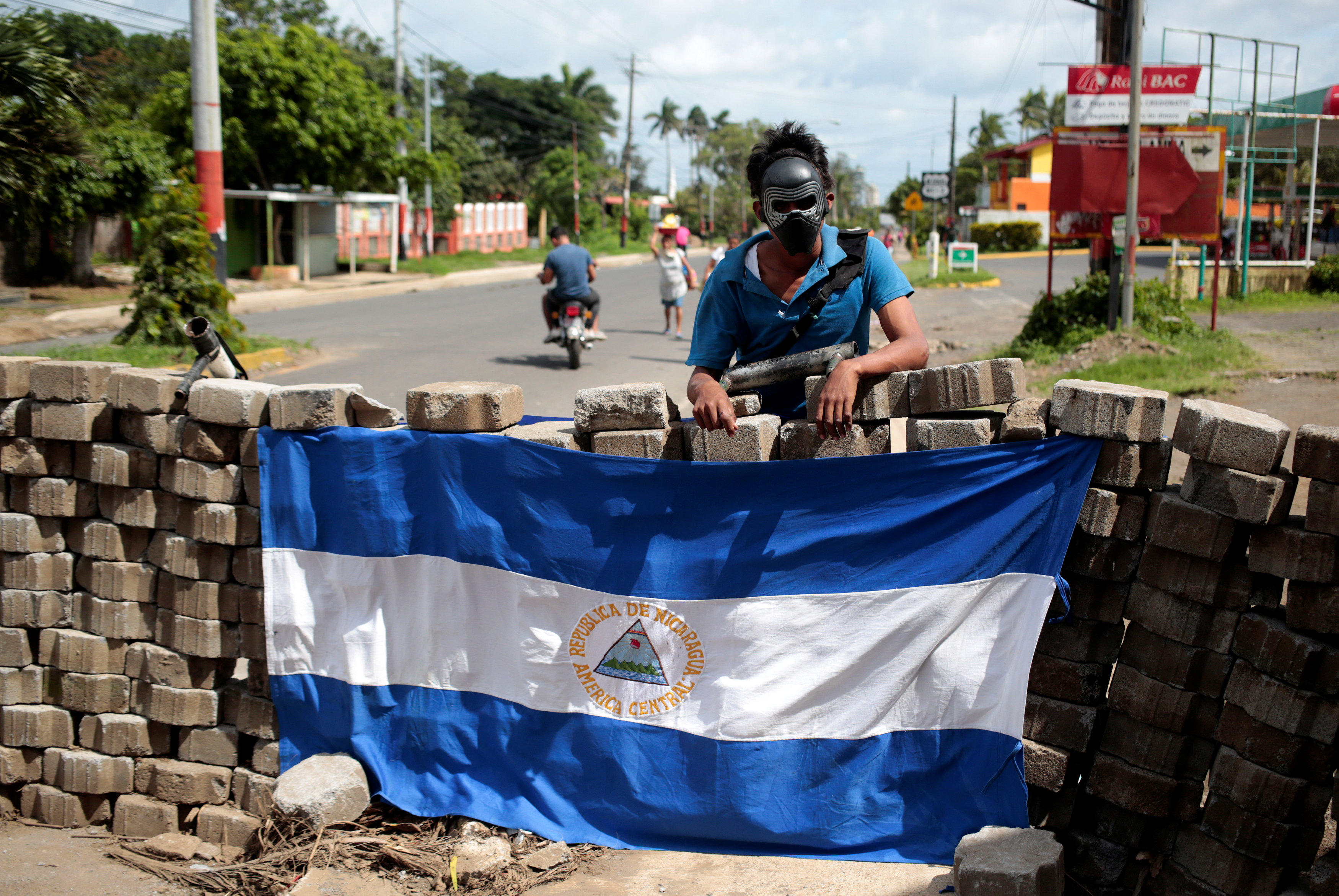 Nicaragua has been rocked by protests and a violent crackdown by authorities since April, when demonstrations began demanding President Daniel Ortega's exit from office. Ortega's government has likened such demands to an attempted coup. A report last month from a team of independent investigators said at least 212 people have been killed in clashes.

Talks aimed at resolving the crisis have repeatedly broken down.

The U.S. State Department says heavily armed, government-controlled paramilitary forces operate in areas of the country including in its capital, Managua. "These groups are attacking blockades, kidnapping and detaining individuals, taking over privately owned land, and committing other crimes," says the travel advisory.

"Rallies and demonstrations are widespread and occur daily with little notice," it says. "Government-controlled forces have attacked peaceful demonstrators leading to significant numbers of deaths and injuries. Looting, vandalism, and acts of arson often occur during unrest, including in tourist areas. Government authorities detain protesters, and some people have disappeared. Human rights groups have documented credible claims of torture of detainees."

The advisory also warned that road blocks may limit food and fuel availability and that hospitals busy treating victims of violence can't respond to other emergencies.

Fidel Antonio Moreno Briones, secretary of the mayor's office of Managua, was said to be implicated in numerous human rights abuses, including the beating of protesters and participation in an attack that killed a family of six.

Jose Francisco Lopez Centeno, the president of a Nicaraguan state-owned oil company, was accused of stealing millions of dollars and using his position to win government contracts for companies owned by his family.

The designation blocks any U.S. assets the three individuals may have and bars them from transactions with Americans. The Treasury Department acted in conjunction with the State Department under the Global Magnitsky Act, which authorizes sanctions on individuals and companies involved in rights abuses and corruption.

"The violence perpetrated by the government of Nicaraguan President Daniel Ortega against the Nicaraguan people and the efforts of those close to the Ortega regime to illicitly enrich themselves is deeply disturbing and completely unacceptable," said Sigal Mandelker, Treasury undersecretary for terrorism and financial intelligence.