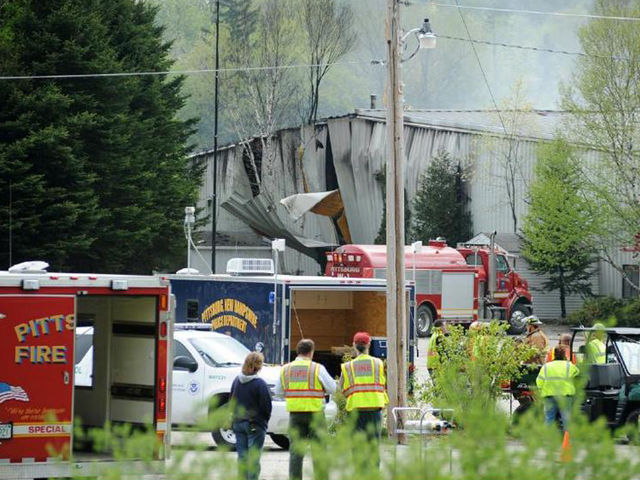 LANCASTER, N.H. - A gunpowder plant owner has been sentenced to at least a decade in prison over a 2010 explosion that killed two workers in New Hampshire.

Craig Sanborn was convicted last month of manslaughter and was sentenced Wednesday to 10 to 20 years in prison.

Prosecutors said Sanborn was reckless in manufacturing, testing and storing the black powder and failed to adequately train workers at the Black Mag plant in Colebrook, where an explosion killed 56-year-old Donald Kendall, of Colebrook, and 49-year-old Jesse Kennett, of Stratford.

According New Hampshire Public Radio, U.S. ­­­­­­­­­­­­­­­­­­­­­­­­­Assistant Secretary of Labor for Occupational Safety and Health Dr. David Michaels said, “Sanborn recklessly ignored basic safety measures that would have protected their lives. His criminal conviction and sentence won’t bring these men back to life, but it will keep him from putting workers' lives in peril.”

Sanborn's lawyer, Mark Sisti, has said his client was out of town and noted the explosion could have been caused by various scenarios, including employee error or a stray piece of metal creating friction inside a machine. He didn't immediately respond to a request for comment on the sentence.

Sanborn, of Maidstone, Vt., was denied an appeal bond and was taken into custody after his sentencing.

Michaels also said, "worker safety can never be sacrificed for the benefit of production, and workers lives are not - and must never be - considered part of the cost of doing business."

OSHA officials reportedly said they were not aware of the plant before the explosion.

An investigation of the plant explosion resulted in 16 willful and more than 30 serious safety violation citations, along with a $1.2 million penalty against the plant.