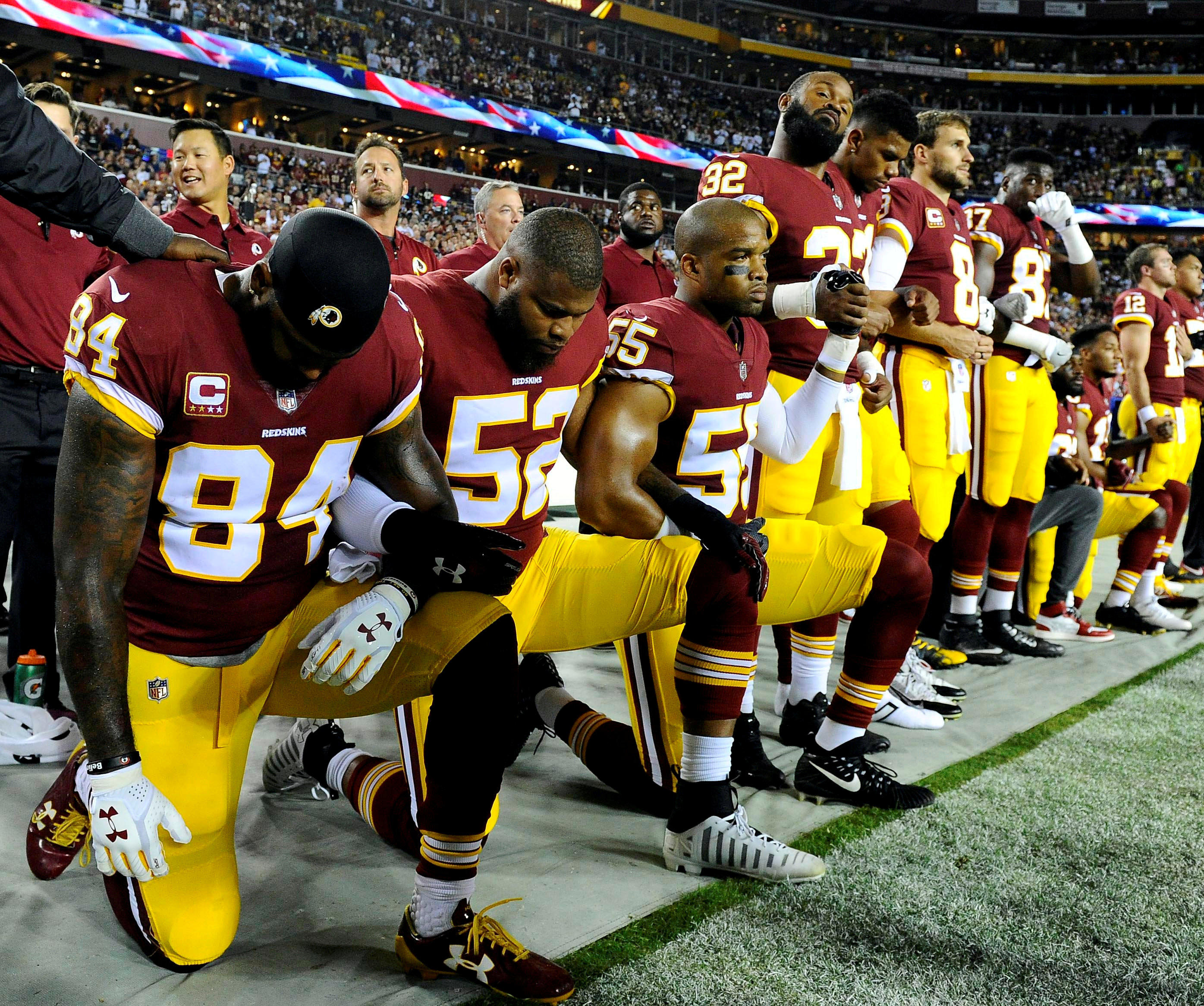 NEW YORK -- The NFL Players Association (NFLPA) filed a grievance with the league on Tuesday challenging its national anthem policy. The union says that the new policy, which the league imposed without consultation with the NFLPA, is inconsistent with the collective bargaining agreement and infringes on players' rights.

The filing met a statute of limitations deadline and will be heard by an independent arbitrator, an NFLPA spokesman said.

In May, the NFL approved its national anthem policy at its owners meetings in Atlanta. The policy allows players to protest during the national anthem by staying in the locker room, but forbids them from sitting or taking a knee if they're on the field or the sidelines.

Teams will be subject to fines if players don't comply and will have the option of punishing players.

When the league announced the policy, Commissioner Roger Goodell called it a compromise aimed at putting the focus back on football after a tumultuous year in which television ratings dipped nearly 10 percent; some blamed the protests for such a drop. The union said at that time that it would file a grievance against any change in the collective bargaining agreement.

The union said Tuesday it has proposed having its executive committee talking to the NFL instead of proceeding with litigation. The union said the NFL has agreed to those discussions.

The NFL did not immediately comment about the union's action.

In 2016, then-49ers quarterback Colin Kaepernick began protesting police brutality and social injustice by kneeling during the national anthem, and the demonstration spread to other players and teams.

It became one of the most controversial and sensitive issues in the NFL, with players saying their messages last year were being misconstrued, while others -- including President Trump -- called them unpatriotic.

Mr. Trump even said NFL owners should fire any player who refused to stand during the anthem.

Following those comments, more than 200 players protested during the anthem that weekend before the number of protesters dwindled as the season progressed.

"We're here for a bigger platform," Raiders tight end Jared Cook said during the spring. "We're not just athletes. We're people that live this. It's people in our neighborhood, it's people that we grew up with, it's people that we know who are actually living through these circumstances. So when we speak on it, it's not like we're just speaking out of the side of our neck. It's things that actually touch home and things that we can actually relate to.

"All I have to say is, I just think it's sad that it's veered from something that stood for good and the whole narrative has changed into something that's negative when that was not what it was initially about in the first place."

The NFL started requiring players to be on the field for the anthem in 2009 -- the year it signed a marketing deal with the military.

"We want people to be respectful of the national anthem. We want people to stand," Goodell said at the May meetings, when he dismissed concerns about the lack of union involvement by contending the league met with countless players over the past year.

"We've been very sensitive on making sure that we give players choices," the commissioner added, "but we do believe that moment is an important moment and one that we are going to focus on."

The league and the Players Coalition have been working in tandem on efforts to support player initiatives in the community and for a variety of social issues. The NFL is committing $90 million over the next seven years to social justice causes in a three-segment plan that involves league players.