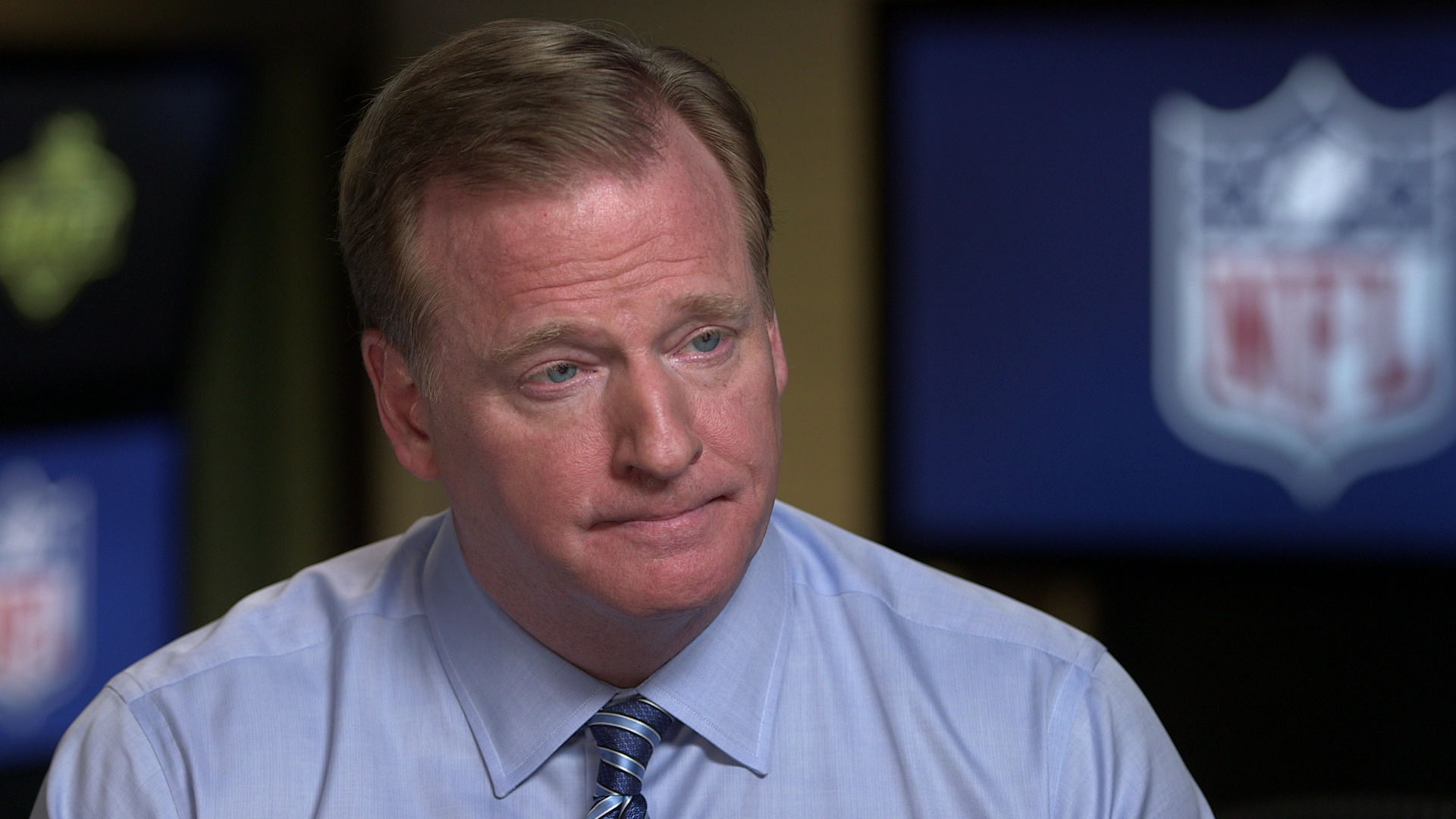 The NFL draft begins Thursday in Chicago. It's a change of venue for a league re-defining itself both on and off the field. The NFL will follow a new personal conduct policy, and two new employees will help investigate player misconduct.

In an interview with "CBS This Morning" co-host Charlie Rose, NFL Commissioner Roger Goodell admitted the league didn't meet its own high standards for conduct and "the way we handle things."

"We didn't meet the standard because we didn't get it right. Very simple," Goodell told Rose, explaining that in his view, the league simply did not have the right policies in place.

"We didn't have the right people. And we were relying on the law enforcement... to make our decisions for us. That's not the way we have to do this. We have to do this with getting the right facts, get them independently if we have to, and make the right decisions ultimately. And while people may disagree about a suspension being ten games or nine games... the NFL is setting a new standard," Goodell said. "We're doing what our fans expect of us and, I think, the general public."

Those changes are starting before this seasons kickoff. This month, an NFL investigation found defensive end Greg Hardy had assaulted his then-girlfriend -- a violation of their personal conduct policy. Even though criminal charges had been dismissed, he was suspended for 10 games without pay.

"We met with Greg Hardy several times," Goodell said. "We also had some, what I would call aggravating circumstances, where you had weapons involved. You had hands to the neck area. That was problematic for us... and that's what we ultimately need, are the facts. And then we can apply our policy. Our policy is not the same as the criminal standard. It's a standard that says, 'If you violate our personal conduct policy, you're subject to discipline.'"

Conduct isn't the only issue at hand for the NFL. A federal judge last week approved a concussion lawsuit settlement involving more than 5,000 former players. The deal is expected to cost the NFL more than a billion dollars over 65 years.

Goodell said the league has made significant changes at the professional level that have impacted all levels of the game.

"We've had a 25 percent reduction in concussions this last season... There are better processes in place with our medical personnel to identify the injury. But we are preventing these injuries through rule changes, through equipment," Goodell said.

The settlement was something "we thought was important to do because we want to make sure that the players who may need help, who may need assistance, or their families, get that as soon as possible," he said.

"Rather than litigating this for years and years, we have a fund that's available based on need," Goodell said.

But many former players object to the settlement's definition of "need." They say they're suffering from illnesses not covered under the proposed agreement, and about 200 players have opted out. Goodell said those players made up for less than 1 percent of the total.

"And that number's going down dramatically," Goodell said. "And frankly, whether the research indicates the types of things that people were charging -- there were real challenges in there."

One challenge the NFL has yet to settle is whether the New England Patriots used deflated balls to their advantage in last season's AFC Championship Game. An independent lawyer, Ted Wells, is still investigating, and Goodell said he expects it won't be long before Wells makes his report.

"I think it's hard because you want to make sure you have all the information," he said. "One of the things that he would be asked to look for: Was it just one game?"

When asked whether there was any suspicion that it was not limited to one game, Goodell said "there's no suspicion of anything."

"What we're trying to do is just make sure we're thorough... The most important thing here is: Was there a violation of the rules? And if so, how did that occur?" he said.

"We have a responsibility to the 32 teams -- not just to one team, to 32 teams -- and our fans, and the general public here to make sure that things were done fairly," Goodell said.

Goodell said he couldn't be more optimistic about the NFL and there's no one as determined as he his to make the league as good as it can be.