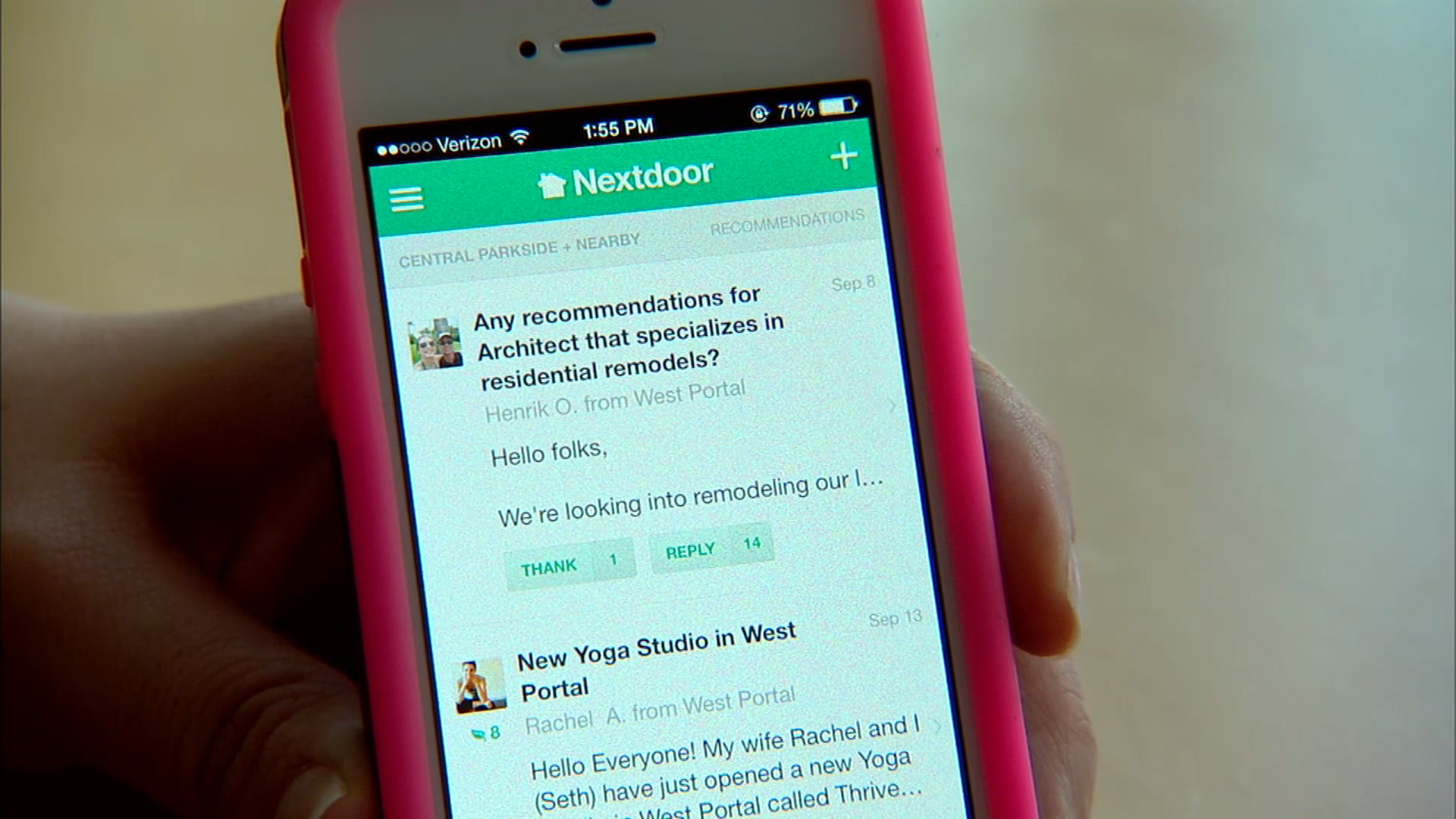 SAN FRANCISCO -- A San Francisco-based social media network created to connect neighbors in online communities said it is making changes on how members can report suspicious activity, after a group complained it was being used for racial profiling.

The change comes after some residents in racially diverse Oakland complained the site that was created to share recommendations on plumbers or pass along information on used furniture was instead being used to post racially-based warnings about minorities.

In an effort to remedy that, Nextdoor.com will no longer allow immediate postings on its a crime and safety section, said company chief executive Nirav Tolia. Instead, it will require people reporting a crime or warning about a suspicious person to fill out several forms before their post is published.

"If you make it really easy to post anything, people don't have to think," Tolia said. "But if you insert these decision points it forces them to think about what they are doing."

The hope is that the extra steps will force users on the 5-year-old site, which sees 3 million messages in its crime and safety section each day, to think about who they are reporting about and why.

The forms will ask users to detail criminal behavior before they describe a suspect, and will force them to describe the person from head to toe and not just by race. The site now also scans for mentions of race that may be offensive. And if a racial profiling post somehow gets through anyway, anyone can flag it for removal.

Last October, Oakland-based Neighbors for Racial Justice complained to city officials that the site created was being used to post the racially-inspired warnings focusing on minorities.

It's not clear how widespread the problem is on Nextdoor, but a handful of publications across the nation have written about racial profiling complaints from users of the site, with most of articles written in the context of the problems first reported in Oakland and Nextdoor's actions to address the issue.

"Sometimes there would be posts about a black man walking by too slowly and they would take his picture and post it on Nextdoor," Porter said.

She wrote asking for the users who made such postings to clarify what crime had been committed. Her group later met with Nextdoor officials, but eventually it took the complaints to Councilwoman Annie Campbell Washington.

Since last year, a council committee led by Campbell Washington has met with Nextdoor representatives to address the issue.

"The work that Nextdoor has done is truly groundbreaking and they were willing to meet with myself and members of the community and really dig deep to take on the issue of racial profiling and make real change in the way their users are posting," Campbell Washington said.

The company has been testing the changes since April in the San Francisco Bay Area and several East Coast cities and plans to take the new rules nationwide by summer.

Porter, who helped create the changes, said she hopes having to fill the forms will force neighbors to really watch those who they deem suspicious.

"Maybe if they watch a little longer they'll see that people are just being in the world, just like them," Porter said.