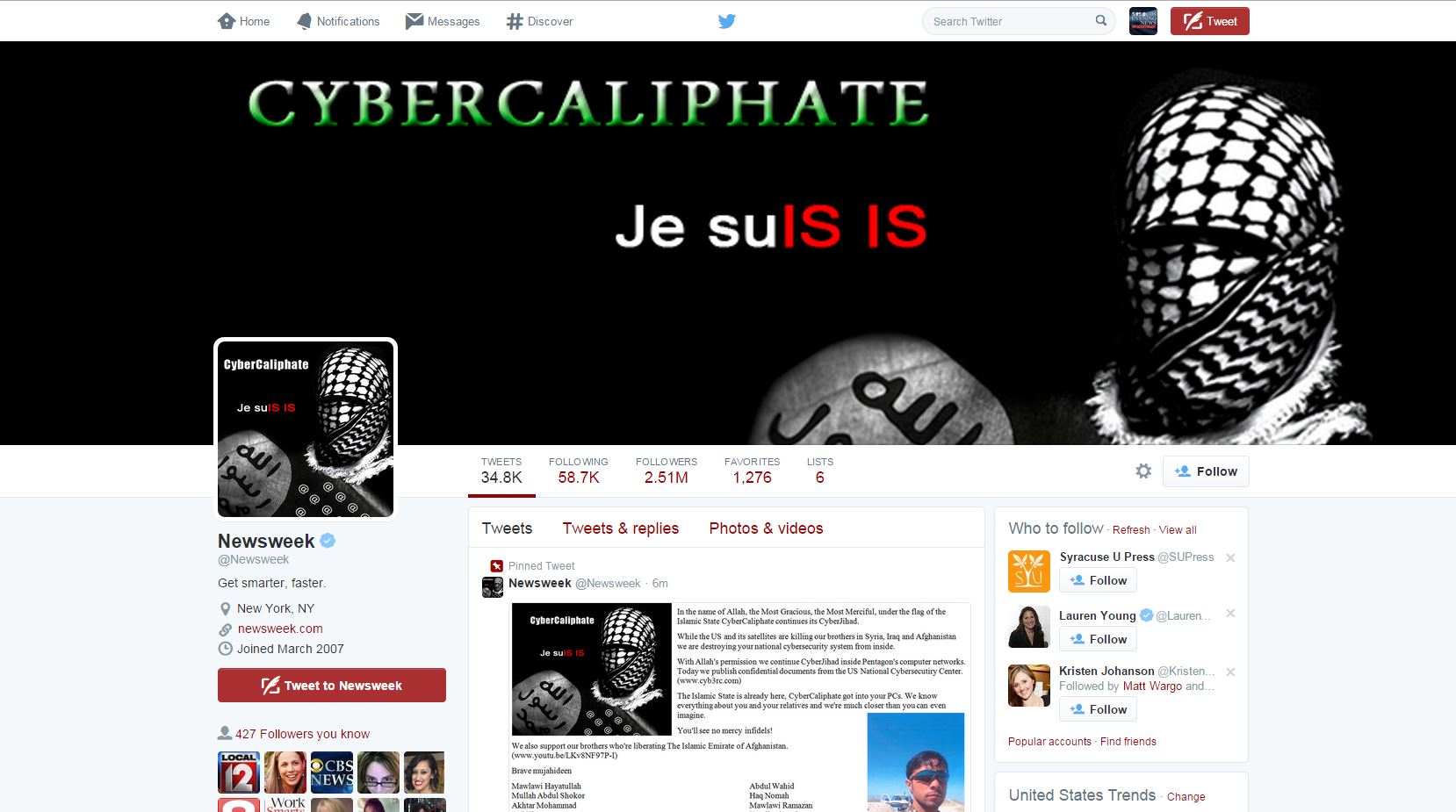 The Twitter account of Newsweek was apparently hacked Tuesday by a pro-ISIS group that has previously launched cyber attacks on U.S. media outlets.

A group calling itself the "CyberCaliphate" took over the Newsweek Twitter feed, and the banner of the feed showed a man's face covered in a kaffiyeh with the words: "Je suIS IS." The message was an apparent reference to the "Je suis Charlie" message of solidarity that circulated on social media after a deadly assault on the satirical newspaper Charlie Hebdo in Paris last month.

In one Twitter post on the Newsweek feed, a message read: "While the US and its satellites are killing our brothers in Syria, Iraq and Afghanistan we are destroying your national cybersecurity system from the inside."

The message went on to say that the group was continuing "CyberJihad" within the Pentagon's computer networks and publishing "confidential documents from the US National Cybersecurity Center."

"We can confirm that Newsweek's Twitter account was hacked this morning, and have since regained control of the account," Newsweek managing editor Kira Bindrim said in a statement. "We apologize to our readers for anything offensive that might have been sent from our account during that period, and are working to strengthen our newsroom security measures going forward."

Meanwhile, CBS affiliate WBOC-TV, based in Salisbury, Maryland, says its text alert system was compromised by the same group.

"Many people received a text - several texts in some cases - from a group calling itself the 'CyberCaliphate,'" the station said in a statement on its website. "WBOC is aware of the situation and is working on fixing the problem."

The cyber attack comes on the same day that the Obama administration is creating a new agency to monitor cybersecurity threats.